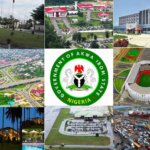 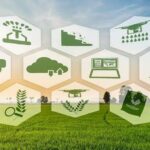 •Discloses Addax had two extensions but failed to pay up

Chief Executive Officer of the Nigerian Upstream Petroleum Regulatory Commission (NUPRC), Mr Gbenga Komolafe, has said under his leadership, no marginal field operator would be allowed to “trade” in papers issued by the organisation.

Komolafe, who spoke with the Africa Oil+Gas Report, stated that the rule of law would be strictly followed in the issuance of final licences to the winners, stating that no amount of pressure would make the commission award final documents without due process.

The NUPRC boss also spoke on the Addax issue. He disclosed that when he assumed office, he reviewed the file and observed that two extensions had been granted for payment, but the company could not come up with the money until the award lapsed.

Stating that the NUPRC “won’t be arbitrary”, Komolafe stressed that some of the 119 companies that had fully paid their bonuses were insisting that they could not raise funds without collecting the licences.

According to him, “In many cases the moment people get a letter of award, they write to say they want to assign. Assign what? There’s a phrase in law, frequently rendered in Latin: ‘Nemo dat quod non habet’.

“It means ‘You can’t give what you don’t have’. For you to get an award, you have to show the proof that you can pay the signature bonus and you can finance the field development.

“You get it only because you’ve met the requirements. Your award would have been consummated before you can talk of assignment. We shouldn’t be encouraging people making money by trading papers.

“It is better you have a regulator that abides by the rule of law than to have a genius as a regulator. If you have a judge in court and he decides to rule on the basis of his ingenuity, then, it becomes a ground for appeal.”

He added, “If you have such a judge, he is a problem judge; he would be abusing discretion. I am going to ensure that our rules and processes give effect to the law. Awards of acreages will be carried out on the basis of fairness, transparency and competitiveness.”

Komolafe, therefore, insisted that until the process was completed, no licences would be issued, stating all decisions would be taken based on strict adherence to the rules.

He said, “Anyone whose licence is revoked during my tenure will not have a space to challenge. We will take a decision such that everyone challenging it will be standing on very weak ground.

“Now, some of the 119 companies, who have fully paid their bonuses, have formed the required Special Purpose Vehicles (SPVs) to operate the assets.

“They are asking for their licences, without which, some say, they are neither able to raise the funds for their work programmes, nor start working relationship discussions with the oil majors, who operate the leases from which the marginal fields were ring fenced.”

Addressing the Addax issue, Komolafe said, “If you were granted an award, it is guided by the law of contract. If you don’t meet the terms, the award reverts to the original owner. It is now the obligation of the Nigerian National Petroleum Company (NNPC) to find a viable partner to operate the asset.”

He pledged that the federal government would pursue vigorously the gas flare commercialisation programme, promising, “I am going to rework, rejig it to finalise the work.”

Komolafe hoped that the process would be wrapped up before the end of the second quarter of 2022.

“In finalising the round, we will ensure fairness, transparency and competitiveness. We are going to ensure very effective regulation that will give effect to the finest spirit of competition,” he pledged.

Reiterating that NUPRC was in the process of developing regulations for the activation of the Petroleum Industry Act (PIA), the NUPRC helmsman noted that the law must be given effect by regulations.

Komolafe explained that the PIA provided robustly for abandonment, host community and award of acreages, but argued that it could not be given effect until the entire process was consummated.

On how he intended to tackle the challenges, Komolafe said, “I came with a revolutionary mind-set. I am a unique person in the industry, going by my background. I intend to do things differently in terms of adhering to processes.”

Adding to supply pressures from sanctions on Russia, Libya’s National Oil Corp on warned that, “a painful wave of closures” had begun hitting its facilities and declared force majeure at Al-Sharara oilfield and other sites.

“With global supplies now so tight, even the most minor disruption is likely to have an outsized impact on prices,” said Jeffrey Halley, an analyst at brokerage OANDA.

The Libyan developments offset concern about demand in China, where the economy slowed in March, taking the shine off first-quarter growth numbers and worsening an outlook already weakened by COVID-19 curbs.

“Some Asian investors booked profits as they became worried about slowing demand in China,” said Satoru Yoshida, a commodity analyst with Rakuten Securities.

Data showed China refined two per cent less oil in March than a year earlier, with throughput falling to the lowest since October as the surge in crude prices squeezed margins and tight lockdowns hurt demand.

In March, oil surged to the highest since 2008, with Brent briefly topping $134.

The Associated Press reported that there were concerns of deeper supply losses looming as Russian production declined by 7.5 per cent in the first half of April from March and EU governments said last week the bloc’s executive was drafting proposals to ban Russian crude.

Those comments came before an escalation in the Ukraine war. Ukrainian authorities said missiles struck Lviv early on Monday and explosions rocked other cities as Russian forces kept up their bombardments after claiming near full control of the port of Mariupol.

Authorities claimed tribal leaders in southern Libya had shut down the county’s largest oil field — the latest closure of an oil facility amid a bitter standoff between two rival governments.

Oil production at the Sharara field has been stopped and the state-run National Oil Corporation declared force majeure at the field, which produced around 450,000 barrels a day.

Force majeure is a legal manoeuvre that enables a company to get out of its contractual obligations because of extraordinary circumstances.

The corporation called the shutdown of the field an “absurd move” that mirrored the ongoing standoff in the country. The closure would likely create a fuel crisis in the oil-rich country, as the field was one of the main sources of domestic fuel.

The corporation did not name those people behind the closure, but its announcement came a few hours after tribal leaders in the desert town of Ubari, about 950 kilometres (590 miles) south of the capital, Tripoli, said they shut down the field in protest against the government of embattled Prime Minister Abdul Hamid Dbeibah.

They called for Tripoli-based Dbeibah to hand over power to the government of Prime Minister Fathi Bashagha, who was appointed by the parliament in February to lead a transitional administration after Libya failed to hold its first presidential election in December.

Local media also reported that residents in the south-eastern district of Whahat announced the closure of all oil facilities in their area, also to pressure Dbeibah to step aside.

Over the weekend, tribal leaders and protesters shut down the al-Feel field and the Zueitina terminal on the Gulf of Sirte, forcing the national oil company to declare force majeure at the two facilities.