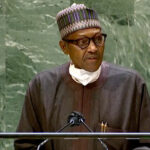 Sport | 6 years ago
*NBBF Signs MoU with Benin on regional partnership
Olawale Ajimotokan in Abuja
The Nigeria Basketball Federation (NBBF) on Tuesday officially announced that 27 players are to be camped for Nigeria’s quest for the Olympic Games basketball laurel at Rio 2016.
The men’s national team training camp preliminary list, read by the President of NBBF, Tijani Umar, was dominated by foreign-based players who spearheaded  D’Tigers’ accomplishment of their historic AfroBasket triumph in Tunisia last year.
Long serving captain, Olumide Oyedeji is on the star-spangled list that boasts of Tunisia 2015 MVP, Chamberlain Oguchi, the Aminu brothers, Al Farouk and Alade.
Others listed by coach William Voigt are Antetokounmpo Thanasis, Ike Diogu, Jamal Olasewere, Michael Daniel Umeh, Benjamin Uzor, Olaseni Lawal, Michael Gbinegie, Andy Ogide, Stanley Okoye and Ezeli Festus.
The rest are Ofoegbu Ike, Braimoh Suleiman, Ibekwe Ekene, Derrick Obasohan, Stanley Gumut, Usman Abubakar, Daniel Nwaelele, Josh Akognon, Mfom Udofia, Ere Ebi, Trevor Mbakwe, Ekpe Udoh and Folarin Campbell.
Orlando Magic Point Guard, Victor Oladipo was not on the list as he was undecided whether to represent Nigeria or the USA basketball team.
“The 28th name is Victor Oladipo, but he not yet decided and we don’t want to put his name out before he reaches a decision. We are being professional about it—until we get his consent, we won’t put his name out. Oladipo has been in training camp with the US national team and yet to make the team. So sometimes decision can be tough when it comes to that,” Umar stressed.
He laid emphasis on the eligibility of Thanasis, who plays in NBA Development League for Winchester Knicks to represent Nigeria, though he bears Greek sounding name.
“Thanasis is of Yoruba-Nigerian parents who moved to Greece, while the name Antetokounmpo is actually the same as Adetokunbo. So he is very eligible to be part of our camp”.
The team training camp will open in Los Angeles on June 27 while the players that feature in the NBA League will arrive on July 1 after resting from regular season.
Umar disclosed that the team will fly to China on July 3 and will play in the Stankovic Cup from July 5-10 against China, France and Olympic Group D rival, Argentina. The Tigers will fly to either Las Vegas or Australia on July 11 to play either Argentina or Australia, which has also requested for a friendly match with Nigeria in Melbourne on July 15.
Nigeria has also confirmed another friendly with Olympic Games opponents, Brazil in Las Vegas on July 20, while they will play China two days later in Los Angeles.
The Tigers will travel to Houston to intensify its training camp on July 23. They will play the USA on August 1 in Houston before they finally depart for Rio the following day.
Umar described the current season as a fruitful one for the Nigerian legion some who ply their trade in the US and Europe.
He said the issue of funding of their campaign has been ironed out with Solomon Dalung, the Minister of Sport, who has assured that money would be released for all the teams that qualified for the Olympics as soon as the budget is approved by government.
NBBF also announced it has signed a Memorandum of Understanding (MoU) with Benin Republic, Togo, Niger and Burkina Faso on a regional partnership to develop basketball.
The agreement was signed in Cotonou on April 9 and will result in the exchange of technical officials, coaches and referees. It will also allow players in those countries to participate in prospect camps, clinics and tournaments across the region with ease of movement made possible by the West Africa road network.