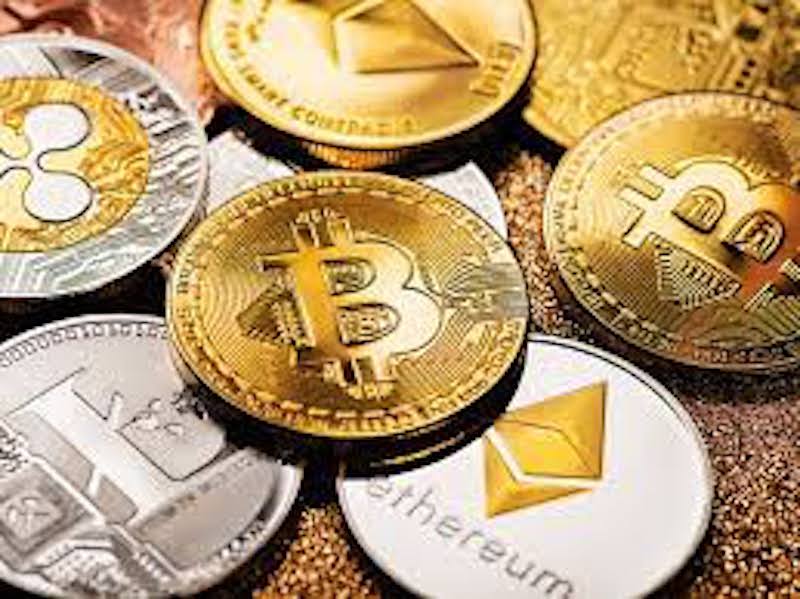 The launch of the eNaira Hackaton is expected to drive financial inclusion by onboarding a lot of the country’s unbanked population and underserved users leveraging offline channels, writes Obinna Chima

Central bank digital currencies (CBDCs) have continued to attract the central banks, governments and businesses across the world.

The rapid emergence of Bitcoin and other decentralised cryptocurrencies and stablecoins continue to fuel the global debate over digital money.

And as more countries explore the promise of ‘programmable money,’ central banks are sharpening their focus on CBDCs, the Partner, KPMG in Germany, Sven Korschinowski noted in a report.

According to Korschinowski, not to be underestimated as well is the impact of the global pandemic in accelerating the development of CBDCs for their potential advantages as a monetary policy tool, as governments currently address the need to transparently distribute and track economic-stimulus programs emerging since early 2020.

A CBDC is a digital version of a fiat currency and they vary significantly in their design. The technology behind each CBDC depends on the preferences of individual nations and central banks.

In some cases, CBDCs rely on distributed ledger technology (DLT), a database that stores multiple copies of financial records across multiple entities that can be managed by a central bank. DLT use differs from the use of blockchain among popular decentralised cryptocurrencies like Bitcoin.

While the rapid emergence of CBDCs inevitably includes questions regarding security and trust, it is worth noting that central banks may indeed hold an advantage regarding public trust in CBDCs as a digital currency.

According to a global 2020 poll by the Official Monetary and Financial Institutions Forum (OMFIF), more than half of potential users surveyed in 13 countries stated that they would prefer a digital currency issued by their central bank, while private digital currencies issued by tech companies were deemed least-trusted.

According to the KPMG report, CBDCs, depending on the geographies, present the opportunity to deliver significant benefits to individuals and businesses. Programmable money offers a broad range of new use cases that include spending restrictions, triggers and limits.

It noted that the use of digital distribution channels and infrastructures can provide broad new levels of global access to central bank money and payment services.

It also pointed out that potential benefits to corporates include the use of DLTs, smart contracts, M2M payments, pay-per-use models and more.

CBDCs also help in meeting the need for greater financial inclusion amid the limitations, costs and insufficient reach of today’s existing payment systems.

“As noted, CBDCs are also showing their potential to enhance central banks’ transparency and efficiency in distributing capital based on monetary policy decisions. As climate-related disasters continue to rise, for example, CBDCs could enhance the ability of governments to provide broadly accessible public support as needed.

“CBDCs have also been touted as more secure than decentralised cryptocurrencies like Bitcoin and their existing challenges related to consumer and investor protection, money laundering and enforcement of tax laws,” Korschinowski added.

In Nigeria, on October 25, 2021, President Muhammadu Buhari launched the country’s CBDC known as eNaira. With that, Nigeria joined China, whose digital RMB was the first digital currency to be issued by a major economy; the Central Bank of The Bahamas (Sand Dollar); the Eastern Caribbean Central Bank (DCash), and the Bank of Jamaica (JamDex), to launch a CBDC.

According to Buhari, with the launch of the digital currency, the country’s Gross Domestic Product (GDP) was projected to rise by $29 billion in the next 10 years.

According to the CBN Governor, Mr. Godwin Emefiele, with growing interest in CBDC around the world, the CBN commenced extensive study, consultations, identification of use cases and the testing of the CBDC concept in a Sandbox environment as far back as 2017. He said the objective of the research was to establish a compelling case for the adoption of a digital currency in the country to enable a more prosperous and inclusive economy for all Nigerians.

He added that following the completion of the preliminary work, the researchers and experts at the CBN were able to establish that a digital currency will drive a more cashless, inclusive, and digital economy as well as complement the gains of previous policy measures and the fast growing payment platforms.

He said the CBN decided to implement its own CBDC and to name the digital currency eNaira, with the expectation that the innovation would make significant positive difference to Nigeria and Nigerians, he stated.

However, in order to realise its objectives for the adoption of the CBDC, the apex bank had in June this year unveiled the eNaira hackathon, which is a computer programming conference geared towards ideating innovative solutions for the newly launched digital currency.

The event, organised by Africa Fintech Foundry, was an innovative hub established to identify and accelerate innovative startups in Africa in partnership with the central bank.

The initiative was to drive financial inclusion, facilitate macroeconomic growth and integrate the Nigerian economy into the world’s leading economies through innovation and cutting-edge emerging technologies.

The conference themed: “eNaira – Africa’s Gateway to a Digital Economy,” brought together teams of talented entrepreneurs, developers, designers, solution developers, problem-solvers, out-of-the-box thinkers, and code magicians from Africa to develop innovative solutions that would drive improved adoption of the eNaira.

Commenting on the innovation in Nigeria’s payments system ecosystem, Emefiele said, “We cannot deny the fact that the newly introduced CBDC (eNaira) would be necessary in the future to ensure Nigeria is competitive as the world becomes increasingly digital.

“We have seen in the past few years how digital currencies have opened international economies to individuals who wield them and how seamless they have made trading, buying, investing and other economic activities.”

He said, “We desire to achieve this and more with the eNaira with the underlying goal to boost Nigeria’s economic outlook. Innovators at the hackathon will develop solutions in the areas of international remittance, trans-border payment, blockchain, financial inclusion, and trade (AfCTFA).”

He revealed that the introduction of the CBDC has continued to attract patronage, with over 200,000 transactions valued at N4 billion recorded since the platform was launched.

Presently, Nigerians, both banked and unbanked are able to open an eNaira wallet and conduct transactions by simply dialing the Unstructured Supplementary Service Data code (USSD) *997# from their phones.

According to Emefiele, since the launch of the great initiative, the eNaira had reached 840,000 downloads, with about 270,000 active wallets comprising over 252,000 consumer wallets and 17,000 merchant wallets.

He said both merchants and consumers with bank accounts can use the NIBSS Instant Payment (NIP) to transfer and receive eNaira to any bank account, adding that this will further deepen the integration of the eNaira with the existing national payment infrastructure.

Emefiele, however, pointed out the Hackathon marked another milestone in the journey toward building the future monetary system of the country in response to the emerging trends and developments in the global digital space.

If anything, the event created opportunities for Nigerian youth entrepreneurs who were hitherto starved of opportunities to showcase what they could offer and created an avenue for job creation and innovation.

He said, “Therefore, today’s event is targeted at providing an engagement with critical stakeholders in the financial technology space to deepen the link between eNaira and Fintechs.”

He added that the eNaira hackathon recorded a sizeable interest from young and innovative Nigerians with a total of 4,667 registrations, comprising 4,082 male and 582 female applicants.

“This further corroborates the fact that Nigerians, both within and outside the country, possess innovative ideas and are willing and ready to leverage on exciting opportunities that the eNaira presents for enhancing digital financial services and contributing to national development,” he said.

Emefiele said, “From the presentations made over the course of this eNaira Hackathon, I am confident that it will unravel a pool of talents that would fuel the transformation of Nigeria into a world-class digital economy and beyond.

“From an initial cohort of over 105 groups that made the quarter-finals and 75 teams that progressed to the semi-finals, the hackathon has reached its climax today with 20 teams in the finals from which the top 10 teams would emerge as prize winners.”

CBN Deputy Governor, Economic Policy Directorate, Dr. Kingsley Obiora, who said the value of e-business transactions had grown from N39.3billion in 2014 to currently about N2.4 trillion.

Obiora said the use of cash, as a means of payment, was declining globally, hence the minting of currency by the central banks across the globe had reduced over the past few years.

He said the CBN had blazed the trail with the launch of the eNaira, by responding to the yearnings of digital payment system, adding that other central banks were currently understudying Nigeria’s model of the digital currency.

“This is the way the world is going. If you don’t jump into the train, it will leave you,” he noted.

Also speaking, the Group head of African Fintech Foundry, technical partner to the Bank, Daniel Awe, commended the Bank for the transforming from a traditional regulator to a smart and innovative one.

It is expected that the initiative would support a resilient payment ecosystem, encourage rapid financial inclusion and adoption of the eNaira, reduce the cost of processing cash as well as enable direct and transparent welfare intervention to citizens.