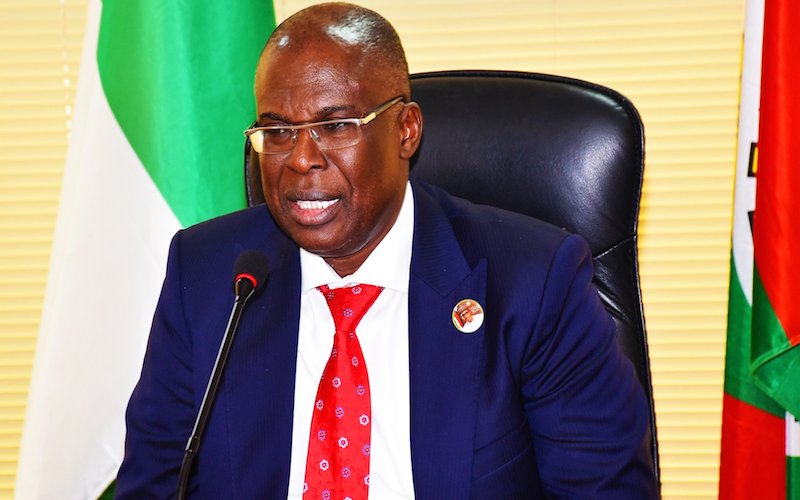 The federal government has announced the conclusion of the bid round for the award of 57 marginal oilfields, won by 161 of the bidding companies.

The 161 successful bidders emerged from a pool of over 600 indigenous oil companies that jostled for the 57 marginal fields in the process that commenced in June 2020.

The Minister of State for Petroleum Resources, Chief Timipre Sylva, told journalists yesterday in Lagos on the sidelines of the 2021 first quarter ministerial meeting of the chief executives of agencies under the Ministry of Petroleum Resources that letters informing the winners of the outcome had gone out.

He added that the winners have started paying their signature bonuses.

He stated that the federal government has received almost 50 per cent of the signature bonuses.

“One hundred and sixty-one companies were allocated marginal fields and I will not give you the details of how many have paid. I’ve told you that up to 50 per cent of those winners have paid,” Sylva said.
He described the bidding process as the best in terms of transparency and that assessment of bidders was done by competent consultants.

“I think this is the best we could have gotten clearly. If you followed the processes, we published, people applied, companies were pre-qualified, and companies went to the data room and of course, assessment of their bids was done by competent people.

“There were consultants involved in the whole process and bidders emerged, and that’s all I can say. It was a very transparent process and I think a lot of people are also hailing the process,” he added.

Speaking on some marketers selling petrol above the approved price of N162 per litre, the minister described that as unfortunate and wondered what the Department of Petroleum Resources (DPR) was doing about it.

He said: “That’s unfortunate, we hear that. I should be asking what the DPR is doing about it. Definitely, there is no fuel (price) increment, I’ve announced that. The price remains N162 per litre.”

He said government is still in discussion with labour and other stakeholders, adding that until all the discussions are concluded, the government is not going to fully deregulate.

Sylva charged agencies to ensure that those deviant marketers were sanctioned.

On the performance of the ministry since his assumption of office, Sylva said the ministry, through its yearly assessment had achieved six of the nine mandate areas.

He stated that the three thematic areas in which the ministry failed to meet the target, including ensuring the passage of the Petroleum Industry Bill (PIB) were being addressed.

Also, the mandate to increase oil production to three million barrels per day, he said, could not be achieved because of the Organisation of Petroleum Exporting Countries (OPEC)’s production quota cut.

The minister said the last mandate of the ministry to ensure that refineries were rehabilitated, had been achieved with last Wednesday’s approval for the rehabilitation of the Port Harcourt refinery by the Federal Executive Council (FEC).

He stated that yesterday’s ministerial meeting was for them to review the ministry’s performance for the first quarter so that they can deliver better services to Nigerians.

Also briefing reporters on the measures being deployed to achieve the federal government’s target of increasing Nigeria’s oil reserve, the Director of DPR, Mr. Sarki Auwalu, said the department was adopting three strategies to achieve the result.

“So what the DPR is doing to increase our reserve are just three things. One, we look at reserves that require secondary and tertiary recovery and that is why the National Improved Oil Recovery Centre was established; so that you look at what you need to do to really stimulate and produce the needed volume.

“Two, we are targeting heavy oil so that we have a lot of heavy oil and tap. So, when you do that, you increase the reserve as well. And in addition to that, we are opening up the inland and new frontiers within the inland basin as well as basins like Dahoma Basin that is yet to be explored.

“So, these are the strategies we are using to increase the reserve and guarantee production,” Auwalu said.