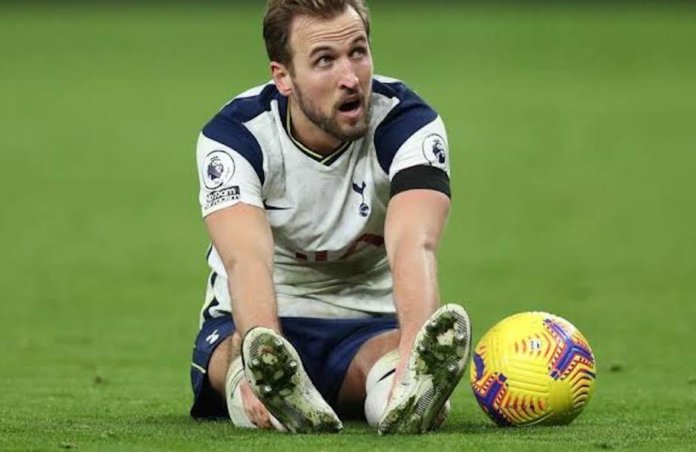 Tottenham boss Jose Mourinho says Harry Kane should be back in action next week as he is recovering more quickly than expected from an ankle injury.

Striker Kane, 27, suffered injuries to both anklesin the defeat by Liverpool last week.

“I think it’s not [an overly] optimistic thing to say next week he should be playing,” said Mourinho.

He could return against Everton in the FA Cup on Wednesday, 10 February, or Manchester City the following Saturday.

The England captain missed Sunday’s defeat at Brighton, and will sit out the home Premier League games against Chelsea and West Brom.

Mourinho added: “He’s happy with the progress and of course we’re happy too.

“We were scared when it happened but next week we play Everton and Manchester City at the weekend – I believe for one of these matches he should be back.”

Meanwhile, Mourinho revealed he held a conversation with Dele Alli on Tuesday after the midfielder was not allowed to leave on loan to Paris St-Germain.

The England international, 24, had been linked with a move away from the London club, with former Spurs manager Mauricio Pochettino reportedly keen on taking him to the French side.

Alli has been largely frozen out under Mourinho this season, but the manager said: “I had a good conversation with him yesterday and we found very common ground, let’s say.

“He needs to recover from his [tendon] injury. He needs to get back to training and have a fresh start because in the last few weeks he couldn’t even join in training.

“It’s not just Dele. It’s Dele, Kane, Gio lo Celso. And without all three we miss a little bit of creation and magic in the attacking areas.

“We have a final to play in April so we need a good Dele back. And I believe that when physically he is ready I believe that mentally he will be in a good place to go for it.”