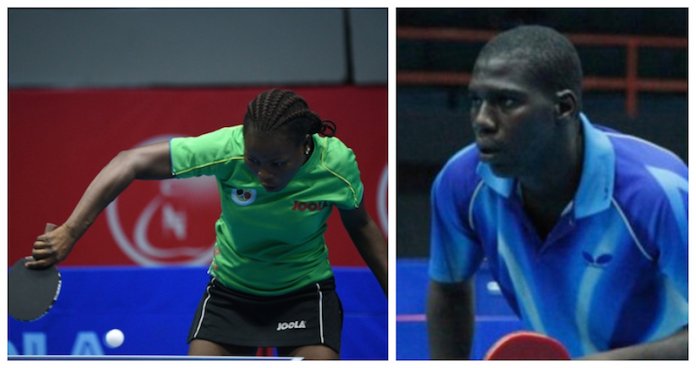 The Asoju Oba Molade Okoya-Thomas Table Tennis Cup will serve off today in Lagos with the 52nd edition of the annual tournament.

On the card from today, versatile David Fayele and Bose Odusanya will be aiming to hold on to their titles in the men and women’s singles events of Nigeria’s oldest sporting competition.

The tournament which has continued to produce world stars was started in 1968 by the late Molade Okoya-Thomas to mark his installation as the Asoju Oba of Lagos.

This year being the 52nd uninterrupted edition, will have players competing in just two events as against the conventional 17 due to the Covid-19 pandemic.

With great assemblage of best players at every edition, Fayele dominated the men’s singles in the last two editions after claiming the title in the 50th edition in 2018. He received a brand new salon car as his prize and retained the title in 2019 after defeating Hammed Adeyinka in the final.

The soldier/player is already looking forward to winning the title a third time in a row when the competition ends on Wednesday.

“I am not ready for now to surrender the title. I don’t see anybody in sight beating me this year because I am fully prepared,” boasts Fayele yesterday.

Unlike Fayele, Odusanya is eyeing a record win having won the last five editions. The women’s singles champion believes she has the wherewithal to continue her dominance. “I don’t think I can be displaced because I am in good shape and nothing can prevent me from claiming the title again this year,” she assured her fans.

According to Deji Okoya-Thomas, the hosting of this year’s tournament despite the Covid-19 pandemic was based on the need to ensure the tournament continues uninterrupted.

He assured stakeholders that the Covid-19 protocols laid down by the Lagos State Sports Commission (LSSC) and health authorities would be followed during the two-day event.