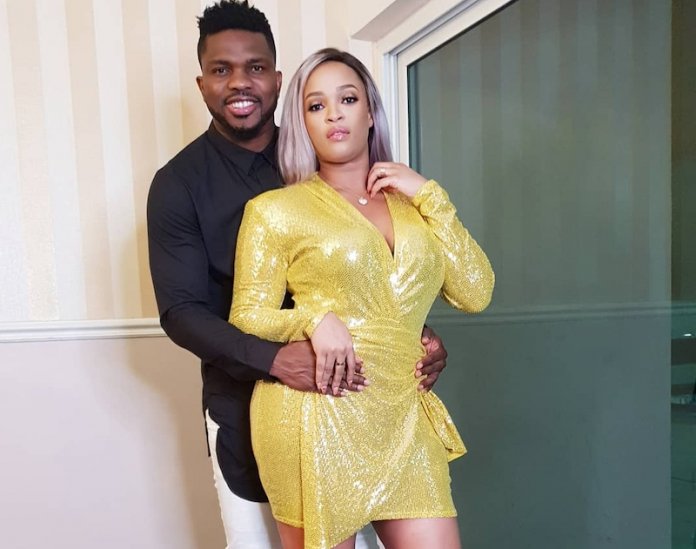 Ex-beauty queen, Adaeze Yobo celebrated her 30th birthday last Tuesday, and her husband, Joseph Yobo, took to social media to shower her with sweet words. Yobo thanked his wife for being an amazing partner to him and also said he is proud to call her his wife. In a post shared on his Instagram page, the ex-footballer gushed about his beautiful wife, describing her as an amazing partner who made his life better.

Sharing a stunning photo of his wife, the Super Eagles assistant coach wrote: “Happy 30th Birthday to my darling wife and mom to our beautiful kids. Askim, you’re unbelievably precious to me…and I’m so happy to celebrate another year with you. May this special day bring you lots of moments cherish. I am so proud and blessed to call you my wife. Thank you for being an amazing partner. My life is better because of you! I adore you my queen! Love you now and forever.”

Yobo and Adaeze, a former beauty queen got married in January 2010; they have three children – two boys and a girl. Yobo walked down the aisle with Adaeze Igwe, the Most Beautiful Girl in Nigeria (MBGN) 2008. As a footballer, he was successful on the pitch and plied his trade with Standard Liège, Marseille, Tenerife, Everton, Fenerbahçe and Norwich City in a career that spanned 14 years. As a player in the Super Eagles, he had over one hundred caps and played in several Nations cup, winning the one in 2018 with the late Stephen Keshi as coach. Yobo, who played center back, retired shortly after the world cup in June 2014.

The couple recently celebrated their tenth wedding anniversary in January, 2020.

The erstwhile captain of Super Eagles had arrived Nigeria during the summer of 2009 to stay awhile when he met the Anambra beauty. He would then spend the whole holiday back home after meeting the beauty queen. According to Adaeze, “We met at an event in Abuja and it might have been love at first sight, though I had not noticed it.

“I did not know that it was something that would go far. I never thought I’d be married when I did. I was not then into the boyfriend thing. I was still discovering myself. But in the course of our phone chats, it was as if we had known each other for a long time. He left Nigeria and came back and overstayed this time and we were together. About a month after that, he started talking about marriage.

He said he was serious and that he really loved me. I was already in love with him, so I thought about it and realised I had nothing to lose.

“I told him if he was serious, he needed to come see my mum. Two weeks after the discussion, he came to see my mum. Joseph and I both immediately agreed on having a baby. Because we thought if I got pregnant, everyone would know that we were serious about getting married. He left for the UK and I was always going to the hospital every other time to find out if I was pregnant. Eventually I called him to tell him the good news, and on hearing the news, he told me he was getting me the next flight to Liverpool.

Then we started planning for the wedding…but agreed to do a small wedding because there was no time to plan a big one. We had the wedding and a little ceremony and Joe left immediately the next day for the nation’s cup.”