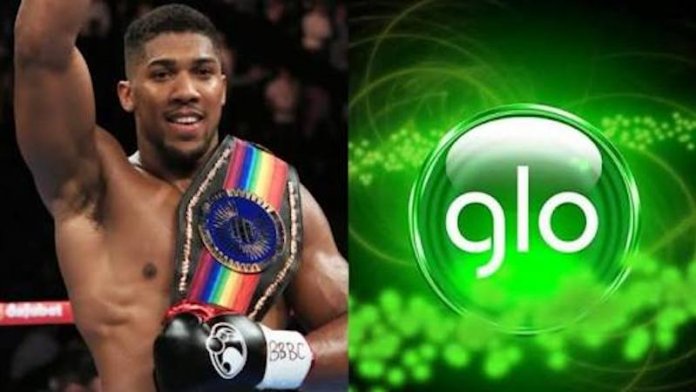 A lot of people want to identify with the glory but not many know the grass to grace story of Nigeria-born World Heavyweight Champion, Anthony Joshua. Less than ten years ago, AJ as he is fondly called in the boxing world, was a mere bricklayer living with his mother in a council flat in North London. Yes, you read right, he was a bricklayer struggling to make ends meet.

Ten years is a long time in a man’s life and Joshua’s story has changed for the best since he won a gold medal at the 2012 London Olympics. Now a Forbes-certified millionaire, AJ says his plan is to become boxing’s first billionaire. And he is on his way already. With 13 endorsements in total, including sportswear giants Under Armour, deodorant Lynx, Jaguar cars, Stub Hub ticket sales and Beats headphones, he makes tens of millions without even stepping into the ring. His stock has indeed risen.

AJ, however, says, he didn’t get to his present status by a sudden flight of fancy, “There has always been a big piece of my heart as a Nigerian and I do believe that it is that piece that sets me apart. It always says to me, ‘never give up, dream big! We come from a nation of warriors and that is why I believe in Glo. We have that same tenacity, that Nigerian fighting spirit that makes us game changers! We are relentless. We don’t just face our challenges, we step into the ring to win again and again and again. If you believe in yourself, there is no limit to what you can achieve.

Yeah, I used to be a bricklayer in England but now I am heavyweight champion of the world!” This is the message AJ is passing to the world via the sequel of his television commercial for Glo Nigeria. Earlier in February, Glo had released a TVC featuring the Unified World Champion where he gave a ringing announcement of his status as a Nigerian while lauding the reach and speed, and efficiency and ease of Glo’s services. Revealing the parallels between him and Glo, he highlighted the never-say-die, unlimited, can-do spirit of Globacom which undergirds and constitutes the philosophy of the telecommunications giant. “You need strength? Yeah, that comes from the hard knocks that life throws at us.
And we are Nigerians, we know all about that. You don’t stay down, you’ve got to fight. You have to dig deep to be a world champion,” he said in the TVC which resonated widely and went viral online and offline immediately after release.

The sequel captures the reactions of Nigerians to the inspirational message contained in the commercial, beginning with a University of Lagos female student watching it. A teenage boy is also seen watching the TVC in his father’s sitting room as it morphs to fishermen throwing their net for a haul in Lagos. It thereafter pans to a not-too prosperous tailor in Aba tapping inspiration from AJ’s message.

Next is a group of female basketballers watching courtside on an Ipad in Port Harcourt and closely followed by a classroom setting in Sokoto where students gathered to watch the same TVC on a laptop. A young boxer also drew inspiration from the world champion and he later won his bout while a lady executive in Abuja was also shown watching the message on her phone. The cities underscore the nationwide coverage of the Glo 4G. The ‘Always in your corner’ pay-off line is a boxing metaphor which symbolizes the succour boxers get from their corners during a bout where their trainers will dry their sweat with towels and offer them tips to defeat their opponents. Glo 4G also solves all data-related communication challenges by allowing subscribers to breathe easy with data widely regarded as oxygen.