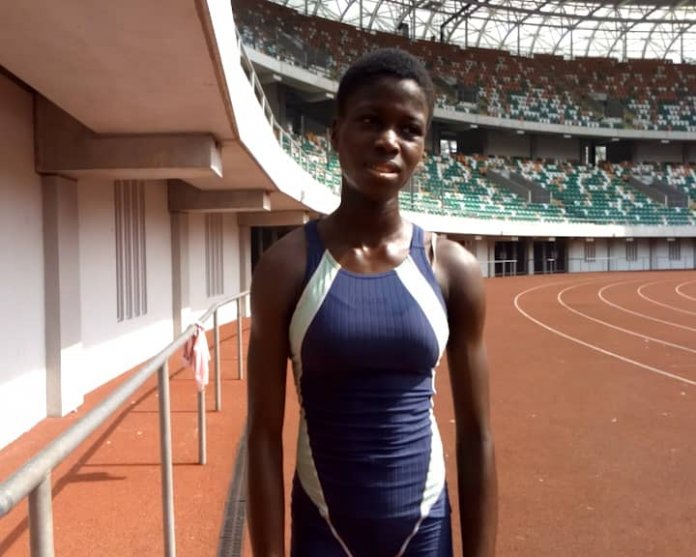 The 14-year old champion of the National Youth Games in Ilorin this year was entered by the state’s body just to give her “experience” only for her to beat all comers to gold in a time of 52.35 seconds.

Nse announced her intention to be in the medals range right from the heats when she kept spectators on their toes with her natural strides, coupled with a youthful exuberance that depicted her pleasure going into the finals.

Student of Fulga International School in Uyo, Nse was the cynosure of all eyes when she cruised to three gold medals in Ilorin youth Olympics and the feat was repeated yesterday in Abuja.

When Gov Emmanuel was told of the feat by the Hon. commissioner of Youth and Sports, Sir Monday Uko, the Akwa Ibom Governor cheerfully broke the news to all present and was all praise for the teenager from Ikot Abasi One in Etinan Local Government Area.

Nse, a product of the Youth Sports Festival pioneered by Governor Udom last year, took time off the various cash gifts and hugs to thank Governor Udom for the Festival, ” which helped to discover me” It was also an athletics night of dance and cheers for the high riding Team Akwa Ibom when Christian Asuquo and Unyime Uwak both won gold in the 200 metres para athletics event, men and women respectively.

Team Akwa Ibom that could only manage 7 gold medals in the last festival in Lagos, is targeting 20 gold this time around, all thanks to the robust sports policy put in place by the Gov Emmanuel Administration in the State.