As trading on the Nigeria Interbank Foreign Exchange (NIFEX), which allows the exchange rate of the naira to be market-driven commences today, the Central Bank of Nigeria (CBN) has moved to change the guidelines for the selection of FX Primary Dealers (FXPDs) who shall deal in wholesale forex transactions with the CBN.

Last Wednesday, the CBN had unveiled the guidelines for the commencement of a flexible exchange rate regime, adding that it would appoint eight to 10 primary dealers, whom the central bank Governor, Mr. Godwin Emefiele, referred to as “Grade A” dealers.

Others were classified as “Grade B”, whom the CBN termed as non-primary dealers, but shall remain valid and eligible to participate in the market.

It had also said interbank trading under the new guidelines would begin today, while tenors and rates for the naira-settled OTC FX Futures would be announced on June 27, 2016.

Under the guidelines for primary dealership in forex products, the CBN also stipulated that authorised dealers would be required to have a minimum shareholders’ fund unimpaired by losses of at least N200 billion, a minimum of N400 billion in total foreign currency assets, and minimum liquidity ratio of 40 per cent.

The names of the eight or 10 primary dealers were to be released by the CBN last Friday.

However, the segmentation of the market into “Grade A” and “Grade B” dealers by the CBN resulted in concerns that limiting the market to eight or 10 primary traders or banks with access to forex from the central bank could lead to the emergence of a cartel of favoured banks and price-fixing among them.

The concerns were further heightened when banks started demarketing one another in the run up to the selection of the primary dealers last Friday, compelling the CBN to alter the rules.

A top CBN official, who confirmed the decision not to limit the number of primary dealers in the forex market to eight or 10 banks, said under the revised rules, 15 international and national banks would be eligible to trade with the CBN.

He said only regional and merchant banks, owing to their size, had been excluded, effectively making them “Grade B” dealers.

According to the CBN source, “Before our announcement on Friday, we got to discover that banks had started to demarket one another and this is not in the interest of the market.

The CBN official further explained that since the 15 international and national banks would be eligible to participate as primary traders, the requirements for shareholders’ funds of N200 billion, among others, had been temporarily shelved till December 31, 2016.

“The requirements for shareholders’ funds of N200 billion, N400 billion in total foreign currency assets, and liquidity ratio of 40 per cent have been shelved for now till December 31, when we would have assessed the capacity of the banks to operate as primary dealers,” he said.

He added that with the revision of the guidelines for primary dealership, any concerns over the emergence of a cartel and possible price-fixing had been allayed.

Should the 15 banks be appointed, this would put paid to speculation in the market that CBN would only select the Tier 1 and top Tier 2 banks as primary traders.

Renaissance Capital (RenCap), after hosting a conference call with bank treasurers last week, deduced that based on the full-year 2015 results of commercial banks in the country, only seven of them met the requirement of the initial guidelines issued by the CBN for the selection of primary traders.

“Appointment of these banks as FXPDs could imply they control a relatively higher proportion of forex market volumes, which should be positive for their net interest revenue (NIR) line.

“These banks can also have short positions up to 10 per cent of shareholders’ funds at the close of each day (from 0.5 per cent currently), implying their trading bias should be to see the naira appreciate.

“In addition, the wider short trading position of 10 per cent versus the 0.5 per cent long trading limit should reduce pressure on the FXPDs to buy dollars at the close of business to close their positions and give them more room to enter forward positions when the cash isn’t immediately available.

“Coincidentally, none of the international banks qualify as FXPDs, based on our analysis, implying they will be second leg participants in the market,” RenCap had stated in a report on the conference call with bank treasurers.

However, the RenCap noted that one of the issues raised during the conference call was how to ensure that the market operates as efficiently as possible, such that the primary dealers do not have an unfair advantage.

Other issues included setting of trading limits and spreads were raised.

Continuing, the RenCap report pointed out that current level of system liquidity seems to suggest the need for the CBN to mop up naira liquidity ahead of the introduction of a flexible rate today (all the treasurers shared this view).

“While an increase in the Monetary Policy Rate (MPR) is only likely to happen at the next MPC (25th and 26th of July), the CBN has other monetary policy tools at its disposal.

“The banks estimated N1 trillion of excess liquidity sitting at the CBN (i.e. $3bn at a N300/$ rate), and the CBN could explore aggressive open market operations (OMOs), increasing the liquidity ratio of the banks, adjusting the cash reserve requirements (CRR), etc. to get some of this money out of the system which will lead to higher interest rates,” RenCap stated.

Commenting on the backlog of forex demand, Rencap added that there was a need to know the level of unmet demand at each of the individual banks, and the composition of this backlog.

“The composition of this backlog ranges from maturing letters of credit, repatriations, foreign investment outflows, etc.

The biggest pressure point is likely to come from the general commerce customers given the limited scope they have to pass on this cost to their customers.

“Given their relatively higher exposure to the general commerce sector, we are more concerned about the implications of this for the likes of Diamond (19%), Stanbic (12%), FCMB (9%) and Skye (8%). Zenith also has a chunky general commerce portfolio but this also tends to be exposures to larger businesses,” Rencap noted.

The concern about market efficiency was also expressed by the London-based Financial Times, which in a report titled, “Nigeria Changes Course with Painful Devaluation”, stated that although last Wednesday’s decision by the CBN to float the naira came later than it should have and at a price that was needlessly high, “it was also accompanied by a questionable move to limit the number of primary traders with access to foreign exchange at the central bank. The regulator is effectively establishing a cartel of favoured banks and, even if unintentionally, creating avenues for price-fixing among them”.

Also, Lagos-based Financial Derivatives Company Limited pointed out in a report at the weekend that “there are rumblings as to the criteria for selecting the Forex Primary Dealers – the key players in the market”.

“Some analysts are of the view that only seven banks will qualify for this status. If so, this might lead to an oligopoly which could easily game the market.

“A perfect market is characterised by easy entry and exit, many buyers and sellers, homogeneous product and no information asymmetry,” the company stated.

But as trading under the new forex rules commences today, the naira continued to rise appreciably on the parallel market closing at N335 to a dollar on Saturday, up from N355 on Friday.

This is just as forex returns published by 13 commercial banks and one merchant bank last week showed that the central bank sold $139,653,124.19 to the lenders.

Bank returns on forex utilisation revealed that UBA, with a total of $17,297,774.90, got the highest forex allocation from the central bank during the week.

The pan-African bank sold the dollars to 297 customers for the importation of visible items as well as invisibles. However, dollar purchases by subsidiaries of the Dangote Group (Dangote Flour Mills and Dangote Sugar Refinery Plc – $3 million and IATA – $1,500,000, were UBA’s biggest customers during the week under review.

Coming on UBA’s heels was FirstBank with $15,639,138.54. The bank sold the greenback to 784 customers, of which Dangote Cement Plc with $3 million and Crown Flour with $1 million, were FirstBank’s biggest customers last week.

Stanbic IBTC held on to the third position for the second week running having been allocated $14,227,562.56. The bank sold the dollars it bought from the central bank to 149 customers.

Diamond Bank came in fourth with returns on forex utilisation of $13,658,659.40. Diamond Bank’s biggest forex customer last week was Flour Mills of Nigeria. Its publication showed that dollars were sold to 349 customers – individual and corporate.

Standard Chartered Bank, which came in sixth, got $11,980,334.80 from the central bank. Its biggest customer during the week was Dangote Sugar Refinery which bought $3 million.

editor - September 23, 2020 3:29 am
3
BY KAYODE KOMOLAFE Kwara State Governor AbdulRahman AbdulRazaq was in Aso Rock yesterday to seek federal government’s support in tackling the menace of floods in... 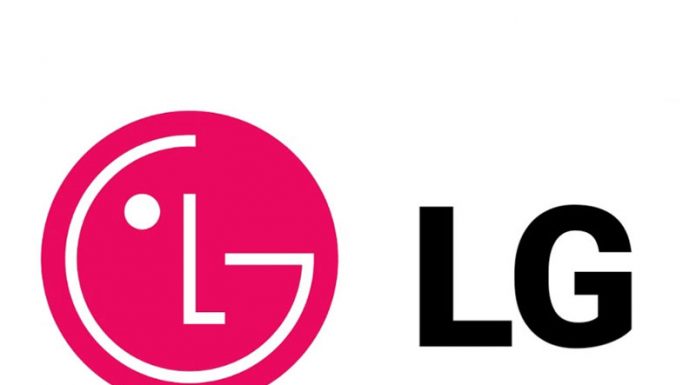 Sagay: Bill for Amendment of EFCC Law is Fraud