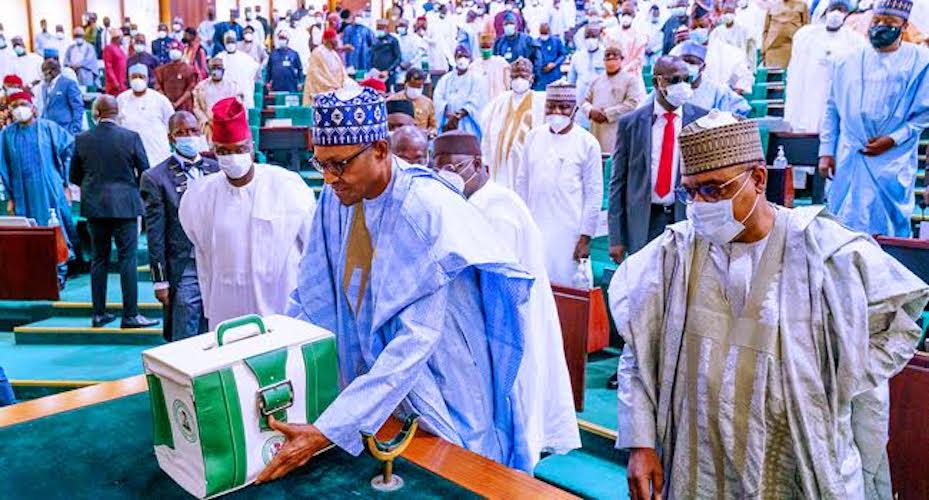 On October 7, 2022, President Muhammadu Buhari presented the 2023 budget proposal of N20.51 trillion and tagged the ‘Budget of fiscal sustainability and transition’ to the joint session of the National Assembly for approval.

The budget is 4.16 per cent (N0.82 trillion) higher than the approved budgets for 2022, including the N2.56 trillion supplementary budgets, making it the highest annual budget in the country’s history.

Based on precedence, the budget is likely to be further revised upwards as it is deliberated on at the National Assembly and scheduled to be enacted by December 31.

As the 2014 National Health Act requires, the government should allocate at least 1 per cent of its Consolidated Revenue Fund (CRF) to the Basic Healthcare Provision Fund.

This is geared towards the financial management of primary healthcare in Nigeria to provide a basic minimum package of health services to low-income and vulnerable Nigerians, particularly in underserved communities.

Poor Health Financing and its Consequences

According to a performance report released by ONE Campaign, since 2001, Nigeria has consistently committed less than 7 per cent of the total annual national annual budget to health, leaving a major gap in the financial resources required to drive the health system.

In fact, according to data from the World Bank, the current health expenditure in Nigeria is a paltry 3.89 per cent of our total Gross Domestic Product (GDP). The consequence is reflected in the high maternal mortality and child morbidity ratio bewildering the country.

The scale of maternal mortality in Nigeria has become so alarming that we must call on the health authorities to fashion out a blueprint that will extenuate this pressing challenge.

According to Nigeria’s Health Minister, Dr Osagie Ehanire, “The cases of maternal mortality can be attributed to not being able to reach the hospital. If you add those who reached the hospital and are not attended to because of deposit, they are going to be between 30 to 40 per cent.

“Nigeria has about 512 maternal mortalities per 100,000 births now. That’s about the worst in the world. To make matters worse, COVID-19 has hit the country in a way that has crippled everything.”

That five of 1000 Nigerian women die while delivering their babies is frightening. Latest statistics from the World Health Organisation (WHO) also revealed that Nigeria accounts for over 34 per cent of global maternal deaths, while the lifetime risk of dying during pregnancy, childbirth, postpartum, or after an abortion for a Nigerian woman is one in 22, compared to one in 4900 in developed countries.

Instances abound of pregnant women who have had to die in the process of commuting from their homes to a medical facility. Yet, when a pregnant woman avoids prenatal care, she puts herself at risk of postpartum haemorrhage (PPH), a complication arising from childbirth, which can result in a fatal outcome.

Besides, women who do not have access to healthcare are prone to unassisted delivery carried out by quack midwives in unhealthy conditions with dire consequences for both the mother and foetus.

To address this serious public health issue, we must begin to examine how to mitigate the acute poverty that has become the lot of our people, especially in the rural areas, and improve health financing through budgetary allocations, which would factor in the dire need of cottage hospitals and manpower in these rural communities especially.

For the first time in Nigeria’s health funding history, over a trillion Naira was allocated to the sector in the proposed 2023 budget.

An analysis of the proposed budget presented by President Buhari shows that N1.17 trillion was allocated to the health sector out of the total of N20.5 trillion for the 2023 fiscal year.

The amount comprises N404.08 billion for capital expenditure and N580.82 for recurrent expenditure. It also includes N2.5 billion for Aid & Grants and a provision of N62 billion for retained independent revenue which could help the health agencies execute their other activities.

The health sector also gets N81.47 billion under the service-wide vote. This includes N69.57 billion for GAVI/immunization; N7.4 billion for counterpart funding including global fund, health refund to GAVI and N4.4 billion for military retirees under the National Health Insurance Scheme (NHIS).

While the capital expenditure increased by 94.83 per cent from the 2022 budget, the recurrent health budget also increased by 25.54 per cent.

An analysis by PACFaH@Scale, a coalition anchored under the development Research and Projects Centre (dRPC), shows that there has been a 323.68 per cent increase in the health budget in the last eight years.

Interestingly, while the routine immunization budget was increased from N64.6bn in 2022 to 2022 N86bn in the proposed 2023 budget estimates, the Federal government of Nigeria has reintroduced the family planning budget line into the budget estimates.

It introduced a new line “scale-up of implementation of the national family planning programme, services and procurement of family planning commodities through counterpart -funding for 2023” with the sum of N20 million was created.

However, despite the increase, only 5.75 per cent of the 2023 total budget is allocated to health, sustaining the country’s refusal to meet the commitment made by African leaders under the Abuja Declaration to allocate at least 15 per cent of their annual spending to the sector.

It was the reality of the deficiencies in their health systems that made African heads of state and governments under the African Union (AU) commit in April 2001 to dedicate at least 15 per cent of their annual budgets to the health sector in what is now known as the ‘Abuja Declaration.’

While countries like Rwanda and South Africa have met the commitment by allocating at least 15 per cent of their total budgets to health, Nigeria has not found the way or the will to do so.

A review of the budgetary allocation to the health sector in the last 21 years revealed that Nigeria has never met the 15 per cent target agreed upon in the Abuja Declaration.

A spate of Released but Unutilized Funds

In 2021, the sum of N137 billion was allocated to the health capital budget. From this amount, N90 billion was released and only N54 billion was utilized from the released fund.

It is more worrisome given the guideline and instruction from the 2023 budget call circular clearly stating that the “Implementation of the 2022 Capital Expenditure budget is expected to close by December 31, 2022, as indicated in the 2022 Appropriation Act implementation Guidelines (HMFBNP/BOF/2022/AAIG/02/2022), in furtherance of the FGN’s commitment to maintaining a predictable January – December fiscal period”.

This means that the FGN has only about one month to release all funds allocated to the sector for effectiveness and to achieve the key target and goals of the sector as contained in the National Development Plan 2021-2025.

This analysis shows that Nigeria is far from its intended and expressed commitment to allocating 15 per cent of its total budget to health. Despite the increase in allocation to the health sector, it is still below 15 per cent of the Federal Budget recommended by the Abuja declaration.

There is also a clear indication that the healthcare investment per person has increased but is below N6,000 per capita. It was also established that despite an increase in budgetary allocation to the sector, there was a very poor release as well as a gross underutilization of the fund released.

The findings also show that the federal government is planning to scale the FP services and procure commodities through counterpart funding for 2023. In the same vein, the N1.17 trillion for the health sector in the 2023 fiscal year constitutes 71 per cent of the total proposed N1.65tn public investment for the realization of the all-set goals outlined in the health sector in the National Development Plan (NDP) from 2021-2025.

It is however recommended that the Federal Government should thrive to increase the health budget to 15 per cent of the Federal Budget as recommended by the Abuja declaration, to guarantee health security for its populace.

There is also a need for adequate and timely release of funds to the health sector to achieve the set goal of the NDP as related to health care. There is a need to revisit the investment plan proposed for the sector in the NDP as it is counterproductive to the health budget estimates.

There is also a need to ensure the timely publication of the health budget implementation report for accountability.