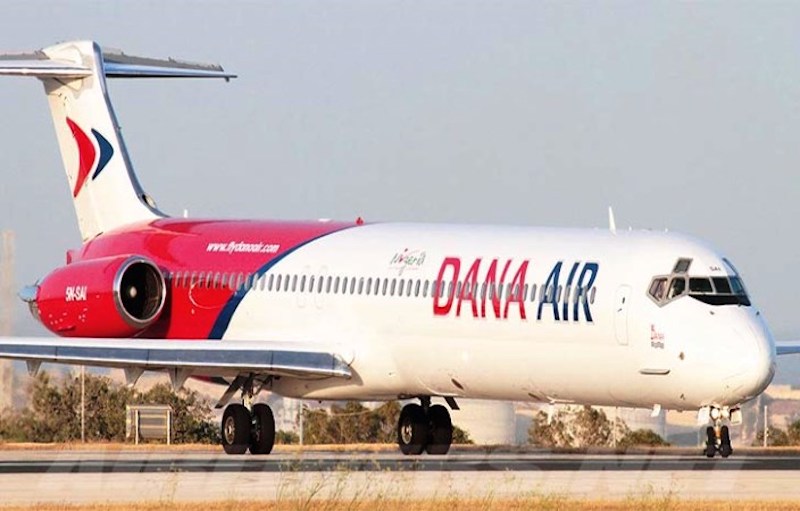 Since it resumed flight operations on November 9, Dana air has forced other airlines to review their fares.

THISDAY investigations revealed that one-hour flight ticket that was going from N80, 000 in October has come down to average N65 and N130, 000 for return ticket.

This is unlike few months ago when passengers were buying similar tickets for N175, 000 or more.

However, it is obvious that as Yuletide season approaches, fares would still go up in response to higher demand, but the re-entrance of Dana Air and the new start-up, Value-Jet have tamed the fares.

In the last couple of days some airlines have started advertising promo tickets and some have arranged a system, whereby passengers could pay a percentage of their fares and complete the payment before their final flight date. Nigeria’s mega carrier, Air Peace, explained that passengers could now lock down flight fares with as little as  25 per cent down payment and pay the balance in convenience installments before travel date, starting from September 2022.

A statement signed by its brand-marketing specialist, Omolara Kehinde ofGreen Africa Airways explained, “We launched our gFRIDAY promo, which gives Nigerians the opportunity to get 10 per cent off all flights on our routes from November 21st to December 10th, 2022, and in the New Year from January 20th to February 28th, 2023.”

“Arik Air, Nigeria’s leading airline is launching Black Friday ticket sales promotion in a bid to make fares more affordable and stimulate air travel among Nigerians. The sales promotion will enable customers of the airline to get about 15 per cent discount on all tickets booked within the advertised period,” the airline said.

Known for its on-time performance and good in-flight service, the resumption of Dana Air has added more flight seats to the market and it confirms that as more seats are added and cost and supply of aviation fuel remain stable, competition will drive down the fares.