CJN: Judiciary Yet to Be Truly Independent, Administers Oath of Office on 62 Fresh SANs 58 mins ago 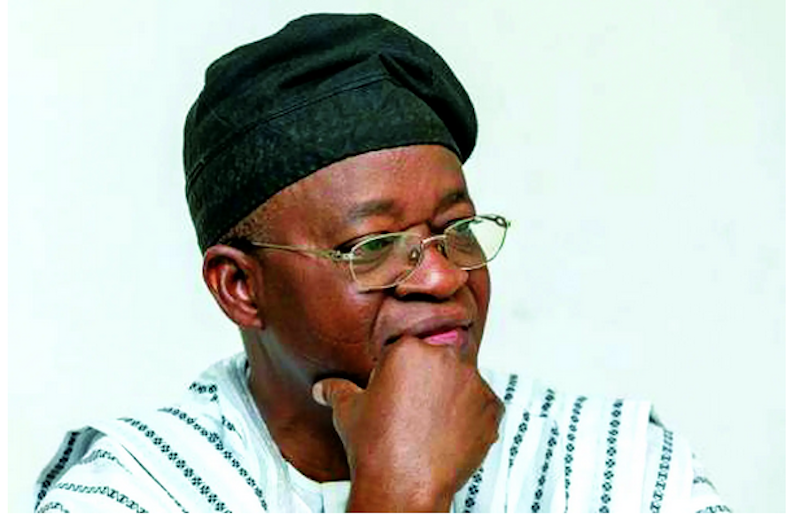 Justice Emeka Nwite of the Federal High Court, Abuja, on Friday,  nullified the nomination of Governor Isiaka Oyetola and his Deputy,  Benedict Alabi, as candidates of the All Progressives Congress (APC) in the just concluded governorship election in Osun State.

Justice Nwite nullified their nominations while delivering judgment in the suit filed by the People’s Democratic Party (PDP).

The suit marked: FHC/ABJ/CS/468/2022, has, former Acting Chairman of the APC and Governor of Yobe State, Mai Mala Buni and four others as defendants.

Justice Nwite in his judgment held that the nomination of Oyetola and his deputy, was unlawful and unconstitutional because Buni who submitted their names to INEC violated the provisions of Section 183 of the Constitution and Section 82(3) of the Electoral Act 2022.

Mr Kehinde Ogunwumiju, SAN, counsel to the PDP, had in the suit dated April 7, urged the court to void the nomination of Governor Oyetola and his deputy as the duly nominated candidates of the APC on the grounds that the action of Buni breached the law.

However, Ogunwumiju’s submission was opposed by Oyetola’s lawyer, Mr Kunle Adegoke, SAN, who urged the court to dismiss the suit for being incompetent and lacking in merit.

According to Oyetola’s lawyer, the Plaintiff did not have the locus to commence the legal action against the defendants, since it was not a member of the APC and more so, the issue of nomination is an internal matter of political parties.

Oyetola, in addition argued that the suit was statute-barred, hence the court should dismiss it.

In his judgment, Justice Emeka Nwite agreed with the submissions of the Plaintiff’s counsel and declared as null and void, the nomination of Governor Isiaka Oyetola and Benedict Alabi by the APC.

The court also held that Governor Mai Mala Buni acted in contravention of the provision of Section 183 of the Constitution when he held dual executive positions as the Governor of Yobe State and the Chairman of the National Caretaker Committee of APC.

The court held that the steps or decisions taken by Governor Mai Mala Buni, including forwarding the names of Governor Isiaka Oyetola and Benedict Alabi to INEC, amounted to a nullity in law.

Recall that the Independent National Electoral Commission ( INEC), had declared candidate of the PDP, Senator Ademola Adeleke, winner of the July 16 governorship election haven scored the highest number of votes cast at the polls.