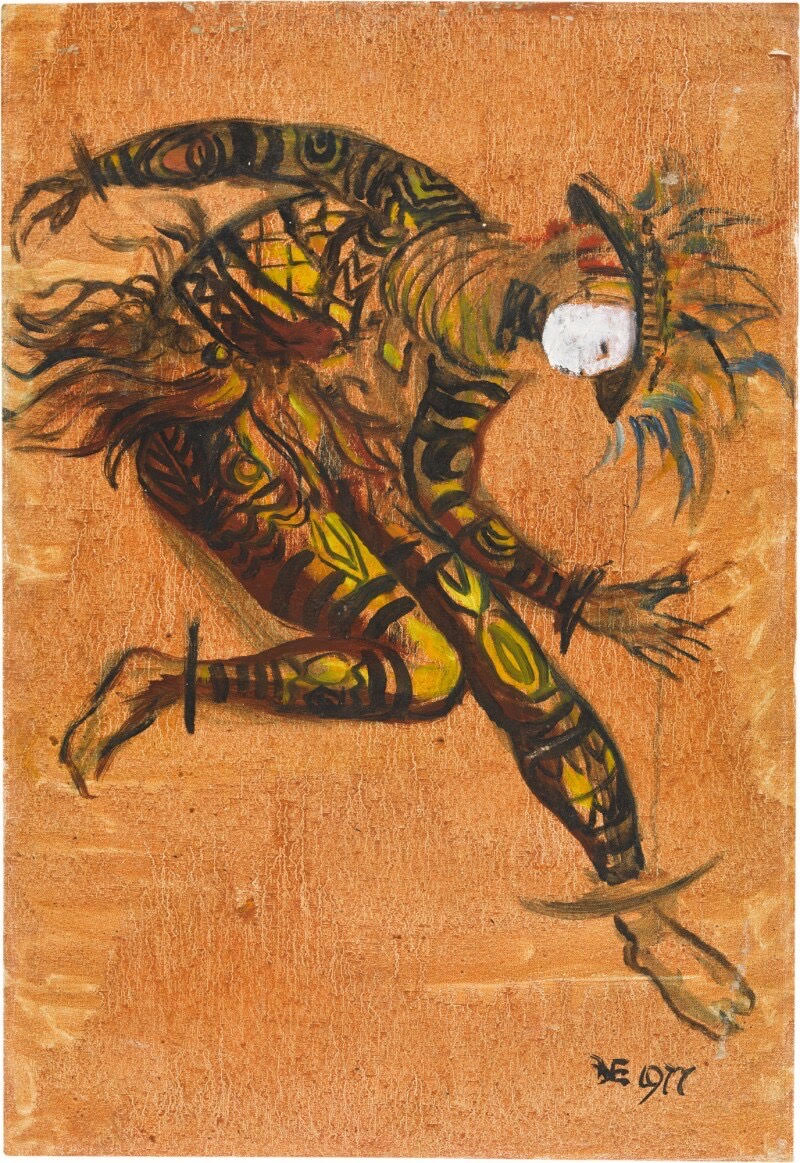 I was invited to an art auction for Aina Onabolu last week, which was organised by ARTSPLIT (a company I had never heard of before). It piqued my interest because I enjoy the arts, and Aina Onabolu is known as the pioneer of modern Nigerian art. I looked into Aina Onabolu’s work to see how influential he was in the development of contemporary art in Nigeria. I take pride in my knowledge of Nigerian art history, and this invitation revealed a gap in my knowledge.

I did a quick search on ARTSPLIT and found VFD Group Plc and its enigmatic GMD, Nonso Okpala, all over it. The Arts and the VFD Group in the same sentence? What are their qualifications for this position?

The Auction evening was interesting—there were a lot of friendly faces, tasty cocktails, canapes, and, of course, incredible art. The Aina Onabolu works did not go up for auction as planned, but I did get to see other works up for auction, which were insightful sketches.

Ben Enwonwu’s Agbowo Mmuo was auctioned off in place of Aina Onabolu’s works. I first saw this work in London at a Sotheby’s online auction about two years ago. I remember thinking it was the best-looking piece in Enwonwu’s Ogolo series. In person, it appeared to be more elegant and welcoming. If I could have afforded it at the time, I would have bought it. It sold for more than $30,000.

Fast forward two years, and here I am, staring at this masterpiece at the ARTSPLIT Live auction. ARTSPLIT is a co-ownership model in which you own “splits” of masterworks. These splits remind me of owning stock in a valuable company; with the app, I can sell, keep, or cash out my splits when I need money.

During the auction, I paid $1,000 for one percent of Ben Enwonwu’s artwork; the auction ended with a value of $105,000. As they put it, I’d become a joint owner of the painting, though I couldn’t take it home with me. I was thrilled to connect with Ben Enwonwu’s work through shared ownership. Immediately following the physical work auction, a lease auction was held, and an unknown bidder was given the privilege of taking the work home for one year at a lease auction price of $1600.

This aspect of the ARTSPLIT ecosystem is quite intriguing, with the option of leasing the work for at least a year after the auction. Because I have a lease, I imagined Ben Enwonwu’s Agbowo Mmuo hanging on the wall in my house for a year. It piqued my interest. ARTSPLIT appears to have cracked a code here—appreciation of African art grows into a business that benefits both the art lover and the artist.

In a world where African artists are undervalued and dismissed as unknown, unearthing the works of pioneers while turning it into a teachable moment is brilliant. While I was excited, I was also concerned about the concept; how could I trust this entire concept, and how would I make money? After all, we place a premium on work that has the potential to generate a profit. I reasoned that it was better to lose $1,000 than $5,000—this was a risk-free investment.

I was overjoyed to be credited 1% of that amount as my lease income on the work, which is part of the ARTSPLIT ecosystem. The work increased in value from $105,000 to $300,000 less than a week after the auction. It seemed impossible, so I put half of my split up for sale, and the deal went through. What surprised me was that I received my $1,000 and still had half of the splits I purchased.