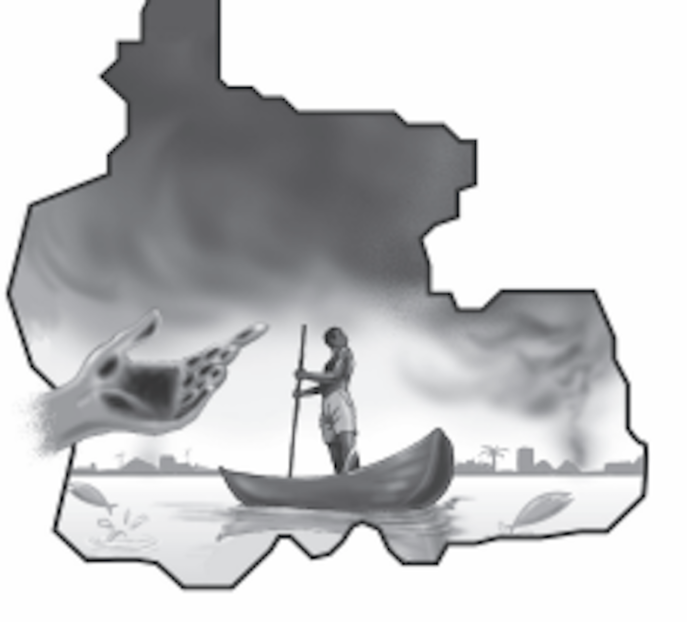 The regulator should do well by enforcing the law

There is growing outcry and understandable anxiety in Port Harcourt, the Rivers State capital, over increasing presence of black soot, resulting in poor air quality. Last week, the government expressed concern about the situation and linked the soot to the activities of illegal oil refineries, bunkers and burning of tyres. Critical stakeholders should be concerned about this lingering problem that has become a serious public health issue. Doctors in Port Harcourt have already confirmed an increase in the number of people with breathing difficulty, according to reports.

Since the last quarter of 2016, the black soot has become an environmental issue for residents of Port Harcourt. Scientists have determined that the soot particles are extremely small and stay in the air for months, stinging the eyes and causing irritation to the nose and throat. The soot particle, according to experts, is 2.5 micron in size and can only be seen through a high-powered microscopic lens. These particles can enter any closed space that air enters, including homes, classrooms, worship places and offices. The soot is inhaled effortlessly by people who do not wear masks.

The fine particles of black soot get into the respiratory system triggering or aggravating asthma, bronchitis, pneumonia, heart disease, birth defects and even cancer. In 2018, the Federal Ministry of Environment linked the problem of soot enveloping the city to the operation of illegal oil refineries or kpo-fire (street language for illegal oil bunkering business) and their destruction. “There is a direct correlation between the level, intensity and composition of the soot and illegal oil refinery activities, including their destruction in the Niger Delta,” the ministry concluded. The destruction of illegal refineries has since resumed with its dire environmental and health consequences. Also, the National Oil Spill Detection and Response Agency (NOSDRA) confirmed that the black soot originates from close to a hundred abattoirs in the city that burn tyres to process meat, and also the burning of stolen petroleum products by security agencies.

Rivers State Governor, Nyesom Wike, told some residents of the city who planned a protest to direct their anger to the federal government, making veiled reference to the Port Harcourt refineries as the biggest source of the black soot. He said the state government has no power to shut down the refinery which would be regarded as economic sabotage. He added that the state government also cannot stop the Nigerian Navy from destroying illegal refineries unsafely, leading to pollution of the environment. But Port Harcourt can be rid of soot with planning, strategy, and logistics, according to Precious Ede, member of a committee established by the state government to deal with the challenge. Ede, a professor of climate science called on the federal government to provide logistics for those that would go down to the creeks to stop kpo-fire. He listed the required items as swamp buggy, badges to store crude oil that is seized, boats to reach some parts of the creeks, protection, drones to monitor the creeks, among others.

There is urgent need for the government to launch awareness programmes on the harmful effect of producing black soot from illegal activities, as well as the danger of being exposed to the particles. Nigeria’s air quality is expected to be governed by the National Environmental (Air Quality Control) Regulations, 2014. The purpose of these regulations, according to the government is to provide for improved control of the nation’s air quality to such an extent that would enhance the protection of flora and fauna, human health and other resources affected by air quality deteriorations. Lack of political will to enforce the regulations explains why living in Port Harcourt is now becoming an environmental nightmare.