The Economics of Digital Currency 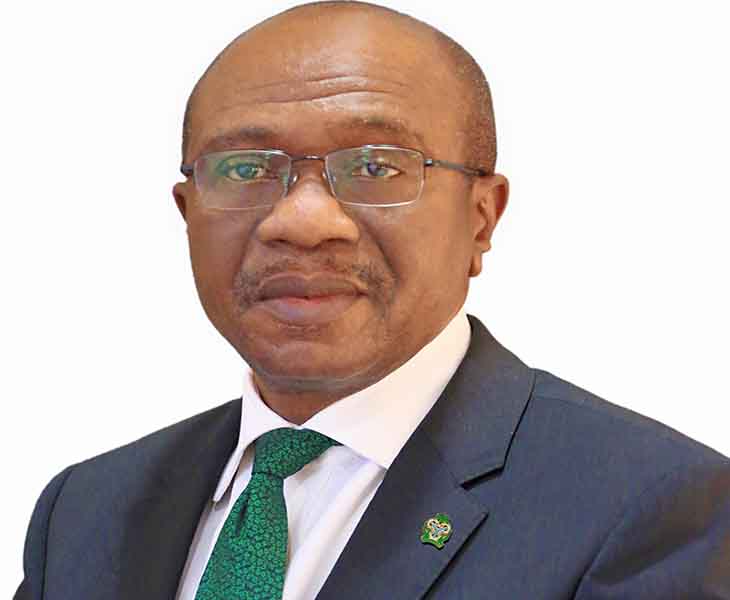 As the country braces up for the introduction of the proposed digital currency by the Central Bank of Nigeria, later in the year, James Emejo examines its benefits to the economy as well as likely concerns

Earlier in May this year, the Governor of the Central Bank of Nigeria (CBN), Mr. Godwin Emefiele hinted that the possibility of operating a digital currency or eNaira will soon become a reality in the country, adding that the central bank had already set up a committee, which was working on the project.

The digital currency or electronic money refers to any currency, money, or money-like asset that is primarily managed, stored or exchanged on digital computer systems, especially over the Internet.

The CBN’s move has so far elicited conversations around the subject matter especially in terms of the impact on monetary policy as well as the economy in general.

One of the aspects of debate had been the impact of electronic money on currency management functions of the CBN particularly the cost implications on currency printing.

No doubt billion of naira are committed on annual basis by the monetary authority to manage the country’s currency programme.

Apart from printing and design, it costs the CBN a whole lot to also destroy old and worn out currencies as well as commit enormous resources to check counterfeiting and other forms of abuses.

According to the Currency Operations Department (COD) of the CBN, the cost of printing banknotes increased by 17.93 per cent in 2019.

Also, the sum of N5.91 billion was incurred on currency distribution in the period under review, compared to N5.73 billion in 2018.
According to the COD, the 3.13 per cent increase in cost was attributed to the upward review of transportation cost per kilometer and nautical miles in the period.

Also, currency indent approved for 2019 was valued at about N1.34 trillion compared to N1.45 trillion in the preceding year.

The CBN had identified high level of human intervention in currency handling processes at the branches, sale of new naira banknotes and increasing incidences of counterfeiting, poor handling habits of banknotes by the public and high cost of currency management ad the challenges facing currency management in this country.

The apex bank had further in the COD 2019 annual report proffered possible solutions to the currency management challenges including collaboration with security agencies to curb the sale of naira banknotes, through sting operations and other activities and automation of currency operations in the branches to enhance efficiency and reduce manual intervention in cash handling among other measures.

However, analysts who spoke to THISDAY pointed out that the advent of digital currency could save the apex bank billions of naira from currency management operations.

He said this would also weigh in on cost of currency management, which includes the huge cost incurred by the CBN in destruction of old and worn-out notes.

Uwaleke said,”The plan to introduce digital currency by the CBN is a welcome development. Its expected benefits include enhancing financial Inclusion in the long run, lowering operational costs of handling physical cash as well as enhancing the efficiency of our payments system.

He said the eNaira will reduce pressure on demand for foreign currency and external reserves adding that the value of Naira will improve significantly while the forces of demand and supply will hardly affect exchange rate.

Ekechukwu added, “This is a welcome development. CBN wants a digital currency that can be regulated by them, unlike the Cryptocurrency. I think it is a good initiative.”

On his part, Managing Director/Chief Executive, Credent Investment Managers Limited, Mr. Ibrahim Shelleng, “It will certainly reduce the cost of currency. Aside from the obvious design and printing costs, there are also costs of destroying old and worn notes. Counterfeiting prevention costs will also reduce. “Costs of securing and transferring notes will also drastically reduce.”

He said, “This measure will increase liquidity in the economy because more funds will be channelled to the economy knowing fully well that it is being regulated and monitored by the CBN.

“This will also edge inflation because of more inflow of FDIs that will increase CBN capacity to intervene adequately in the economy and reduce pressure on the Naira. This will also cause increase in investors confidence in Nigeria.”

Uwaleke however warned of associated risks to the digital money.
He said, “But there are associated concerns regarding the likely impact on monetary policy transmission, financial stability, inflation as well as the role of financial institutions.

“These concerns and the level of our economic development make the suggested time frame unrealistic. Even the central banks of developed economies such as the US Fed Reserve and the European Central Bank are still researching the implications of introducing a CBDC.

“Therefore, while welcoming the idea, I expect the CBN not to be in a hurry and to commit resources to research in the area of digital currencies including possible mechanisms for controlling private virtual currencies such as crypto currencies.”

Emefiele had recently hinted that a national digital currency will be launched in October.

The apex bank also said that the digital currency will be treated as a critical national infrastructure to protect it from operational and cybersecurity risks.

Further clarifying on the eNaira project, the CBN governor said, “You have some naira in your account and you chose to convert part of your naira into a digital wallet by way of a digital currency. We will support that.

“If for instance, you have N10 million in your account. Of course, when this starts, the CBN will move some of the balances of banks with CBN to those banks in digital currency.

He added, “So we think that this is a noble idea and we are not the first…many other central banks are at advanced stages if revealing their own digital currency.

“And our own digital currency which is tagged eNaira will certainly come into operation by the special grace of God by October and we are working very hard for this.”

Emefiele added, “We believe that transactions will be cheaper and more efficient as there’ll be less…to complete.

On digital economy, the Nigerian economy just like the rest of the world is going digital and cash cannot play in that space.

“Therefore, eNaira which will represent the digital equivalent of cash will be used as the fiat currency to effect transactions. And in terms of financial inclusion we believe that with over 30 per cent of bankable adults still outside the financial system, the ability to have offline payment through our eNaira initiative will bring most of them into the formal financial sector.”

According to him, “The use of cash is declining everywhere in the world just as in Nigeria and with the advent of digital commerce which is booming in the country, more and more people are adopting the use of electronic money to facilitate digital commerce.

“So our eNaira is a digital representation of cash which means as a fiat currency, it is a fiat currency that will be just as acceptable as the physical or analogue naira. We recognize the need for wide stakeholder engagement and education to be able to create awareness for the use of eNaira as alternative to cash to further drive towards a cashless society.”

The CBN had also said that the proposed digital currency known as eNaira will be treated as a national critical infrastructure to protect it from operational and cybersecurity risks.

The apex bank in a document obtained by THISDAY, which offered more insights into the digital money regime, especially the potential risks and mitigation in the planned adoption, also stated that there will be coexistence of traditional payment system and the CBN’s digital currency (CBDC) to address interoperability risks which may be associated with the implementation.

The CBN said it will apply regulatory framework and compliance mechanisms to prevent disruptive competition for the electronic money.

On the associated cost and risk of deploying/on-boarding a new payment platform, it explained that medium to long- term pay-off in increased efficiency of operations is expected to offset initial outlay.

The CBN added that any risk of disintermediation will be addressed by the introduction of limits on the eNaira holdings.

The document further stated that the introduction of the CBDC will among other things usher new approaches to processing payments as well as bring about new bank and non- bank players in the financial system.

The digital currency regime will also introduce a new range of banking services as well as integration with new systems, providing new possibilities for the payments architecture.

According to the apex bank, the two-tiered model for CBDC will enable public-private partnership whereby the CBN designs the eNaira and distributes through regulated financial institutions, while the latter will in turn provide the digital cash to individuals and businesses.
Essentially, under the eNaira regime, individuals and businesses will be able to transfer value in real time through existing and future payment channels.

An individual will also be able to transfer value in real time while offline to other individuals and businesses.

According to the apex bank, eNaira will among other things lower the cost of operations and reduced cost of cash management as well as improved visibility and insight of transaction date for financial institutions.

CBN Director, Corporate Communications Department, Mr. Osita Nwanisobi, in a statement said the eNaira project had been a long and thorough process for the CBN with the bank’s resolve to digitise the local currency in 2017, following extensive research and explorations.

He said given the significant explosion in the use of digital payments and the rise in the digital economy, the CBN’s decision followed an unmistakable global trend in which over 85 per cent of central banks are now considering adopting digital currencies in their countries.