Video: Tweeting from the Gym, Tinubu Says ‘I’m Strong, Healthy, Ready to Serve from Day One’ 58 mins ago 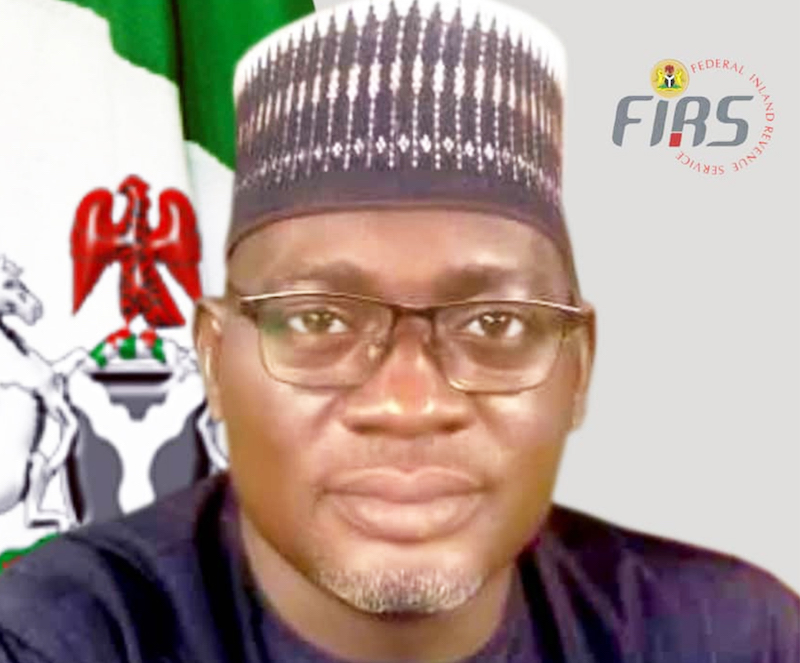 James Emejo reviews the alleged indebtedness of MultiChoice to the federal government and the regulatory lapses on the part of tax authorities, highlighting the need to boost the tax compliance regime to enhance domestic revenue mobilisation, as well as avoid discriminatory enforcement in tax collection

The recently declaration by the Federal Inland Revenue Service (FIRS) that MultiChoice Nigeria Limited (MCN) and MultiChoice Africa (MCA) had defaulted in their tax obligations to the federal government over several years, had elicited probing question about the capacity of the Nigerian tax authorities to effectively enforce compliance as well as bring defaulters to book.

The development had also exposed the so-called multinationals for practising due process and governance only in principle – a whole lots of hypocrisy and lip service to good corporate governance.

Only last week, the FIRS Executive Chairman, Mr. Muhammad Nami, announced that it had commissioned some banks to recover N1.82 trillion from the accounts of MultiChoice Nigeria Limited (MCN) and MultiChoice Africa (MCA).

Preparatory to the collection of the amount, which is arrears of tax liabilities of the companies, he said the service had also ordered that all local bank accounts of the two organisations, owners of pay television, DSTV, should be frozen.

Nami, said the decision to appoint the banks as agents and to freeze the accounts were due to the group’s continued refusal to grant FIRS access to its servers for audit.

The FIRS accused the companies of breaching all agreements and undertakings with the agency and for not responding to correspondences.

Nami, in a statement issued by the Director, Communications and Liaison Department, FIRS, Mr. Abdullahi Ahmad, said MultiChoice, “lacked data integrity and are not transparent as they continually deny FIRS access to their records” adding that it is important that Nigeria ends all tax frauds that have been going on for too long.

According to him, all companies must be held accountable and made to pay their fair share of taxes, including back duty taxes owed, especially VAT for which they are ordinarily agents of collection.

He accused MultiChoice Nigeria of avoiding to give the FIRS accurate information on the number of its subscribers and income adding that the companies had also been involved in the under-remittance of taxes, which necessitated a critical review of its tax-compliance level.

Nami said the group’s performance does not reflect in its tax obligations and compliance level in Nigeria.

“The issue with tax collection in Nigeria, especially from foreign-based companies conducting businesses in Nigeria and making massive profit is frustrating and infuriating to the Federal Inland Revenue Service (FIRS).

“Regrettably, companies come into Nigeria just to infringe on our tax laws by indulging in tax evasion. There is no doubt that broadcasting, telecommunications, and the cable-satellite industries have changed the face of communication in Nigeria.

“However, when it comes to tax compliance, some companies are found wanting. They do with impunity in Nigeria what they dare not try in their countries of origin.”

FIRS claimed Nigeria contributes 34 per cent of total revenue for the MultiChoice group followed by Kenya with 11 per cent and Zambia with 10 per cent.

But the rest of Africa where they have a presence accounts for 45 per cent of the group’s total revenue.

Nami said information currently at the disposal of FIRS revealed a tax liability of N1.822 trillion for years of assessment, including $342.53 million.

“Under the FIRS powers in Section 49 of the Companies Income Tax Act Cap C21 LFN 2004 as amended, Section 41 of the Value Added Tax Act Cap V1 LFN 2004 as amended and Section 31 of the FIRS (Establishment) Act No. 13 of 2007, all bankers to MCA and MCN in Nigeria were therefore appointed as collecting agents for the full recovery of the aforesaid tax debt,” he stated.

He added that the banks are required to sweep balances in each of the above-mentioned entities’ accounts and pay the same in full or part settlement of the companies’ respective tax debts until full recovery.

Following the FIRS rather damning pronouncement of MultiChoice, the subscription TV firm, in a rather limited response, said it had the media statements made by the FIRS, but had not received any notification from the agency.

It said: “MultiChoice Nigeria respects and is comfortable that it complies with the tax laws of Nigeria.

“We have been and are currently in discussion with FIRS regarding their concerns and believe that we will be able to resolve the matter amicably.”

Nevertheless, analysts have wondered why a company of the size of MultiChoice which operates in several other countries will indulge in an opaque operation particularly on tax matters and why it had made it almost impossible for tax authorities to audit its accounts – as this would have prevented the current backlash.

The company’s services had severally been called to question in recent times, following its refusal to implement a pay-per-view regime in Nigeria as well as allegations of arbitrary increase in subscription fees almost at regular intervals.

At a period when Nigerians believed that DSTV is shortchanging its subscribers and reaping off the country, the recent accusations of tax evasion, if proven would be a serious disservice to its interests.

MultiChoice had been called to question severally by the Federal Competition and Consumer Protection Commission as well as the National Assembly in recent times over its service offerings to Nigerians. It is argued that a company that benefits so much from the country ought to give back rather than fleece the government of its due taxes.

But that said, the tax authority had also been called to question for partly allowing for accumulation of tax arrears over a long period of time without consequences.

It is also on record that the FIRS and the Joint Tax Board (JTB) had invested in technology and service automation over the years to among other things address revenue leakages and enhance seamless tax administration.

The extent to which these innovations had benefitted tax administration is now been called to question by Nigerians.

In the recent past, the FIRS had embarked on aggressive enforcement regime whereby several individuals and big companies were engaged but nothing was heard about the non-compliance by MultiChoice in particular.

There are also accusations that the FIRS had over time been selective in its tax enforcement duties – mainly focusing on smaller companies while bigger companies continued to pile up unpaid taxes.

Nonetheless, a corporate entity such as MultiChoice ought not to be found wanting in payment of taxes which should be a key parameters for good corporate governance assessment.

Only recently amidst the COVID-19 pandemic, the FIRS launched several regulatory forbearances and succour to tax payers, giving rebates among other benefits. It is still a wonder that companies including MultiChoice will not embrace the dispensation to settle its indebtedness to the federal government.

Analysts also believed the fact that MultiChoice had been repeated for creating jobs in the country should not be an excuse to evade tax compliance.

Analysts who spoke in separate interviews on conditions of anonymity said MultiChoice and other multinationals operating in the country had not been fair to Nigerians given that they had benefited a lot but had given back little or nothing.

A reliable source said: “MultiChoice like MTN and many other South African companies have benefited tremendously from the opportunities implicit in post-apartheid South Africa via business opportunities opened up n most African countries especially Nigeria, which is the biggest African market.

“While it is evident that multi choice and many of those South African companies do not give Nigeria any special treatment in terms of cost of their services notwithstanding our economies of scale advantage, they want to be clever by half by not paying their taxes as at when due and / or adopt the spurious ways of tax avoidance. They are not fair to Nigeria that gave them conducive business opportunity in our huge market.

“More so, Nigeria now struggle with revenue and currency crisis that has made its economy to have passed through two recessions within four years and bedeviled by slow, epileptic growth and compounding debt crisis.”

The source added that “FIRS must insist on full payment of those taxes failing which they should be appropriately sanctioned from within the context of our existing legal framework.”

Another analyst said: “The issue of MultiChoice and FIRS is looking like a repeat performance of the NCC vs. MTN saga. The FIRS has a job to do by ensuring that organisations in Nigeria pay their tax promptly, accurately and as when due but the tactics used must also conform to best practices.

“MultiChoice on one hand has been shortchanging the viewing public by not subscribing to the pay-per-view method as obtainable in other countries instead ripping us off. I sense the government wants to bring them to accountability.

“Finally, I strongly believe that if MultiChoice is culpable they should made to pay the appropriate tax accordingly.”

Also, a credible source had also wondered why it had taken the tax authority this long to demand for appropriate taxes.

“But my take is that, why did the FGN leave it so long without collecting the necessary taxes and now suddenly dumping a tax bill on MultiChoice?

“Whilst MultiChoice may be owing, it is worth also looking at how many people they employ. If they decide to leave Nigeria, are we the better for it?”