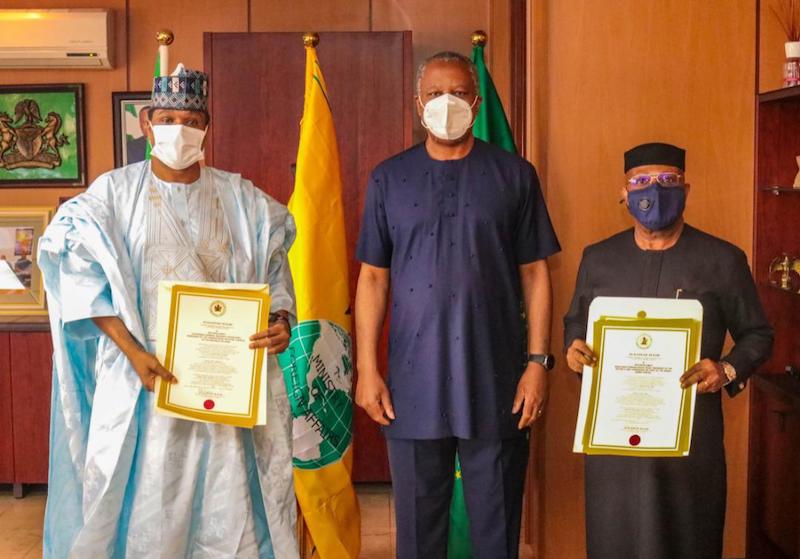 They were both presented their letters of credence by the Minister of Foreign Affairs, Geoffrey Onyeama on Thursday.

Olonisakin was posted to neighbouring Cameroon, with Buratai deployed to Benin, another neighbouring country.

The appointment of the ex-service chiefs as non-career ambassadors by President Muhammadu Buhari on February 4, 2021 was greeted by wide criticisms.

When the President did not budge, many have had to approach the the Senate to reject their nominations, but despite the outrage, the Upper legislative chamber gave them its nod on February 23, 2021.