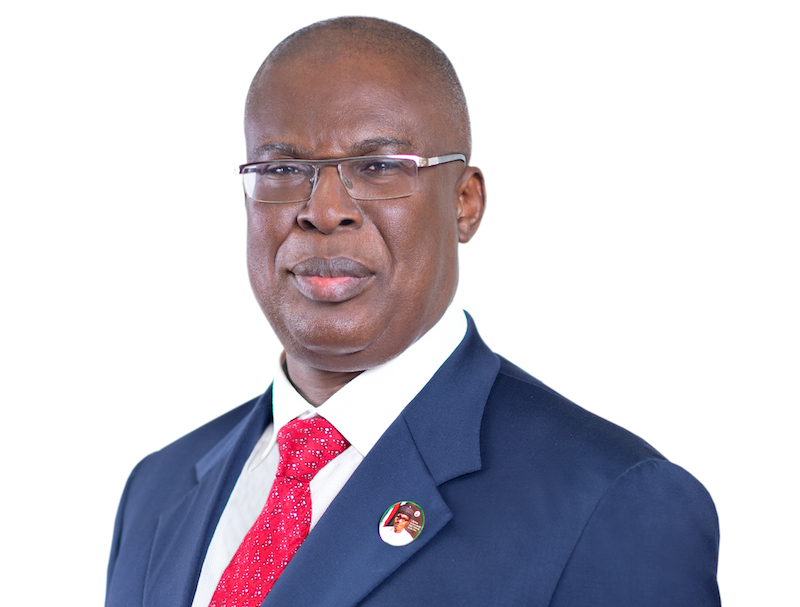 To curb youth restiveness, oil theft and even unemployment while achieving fuel sufficiency, Chiemelie Ezeobi writes that the Ministry of Petroleum Resources has intensified the drive to encourage modular refineries

In some Niger Delta communities, illegal refineries are gold mines. During a recent operation where THISDAY was embedded with naval forces in the Niger Delta, these illegal refineries have pipes running through the backyards of some houses close to the jetties from where they load these products into waiting boats.

There were underground pipes connecting crude oil reservoirs suspected to have been siphoned from wellheads along Trans-Forcados by the criminals, who run other pipes to various tanks and dugout pits, such that diesel, kerosene and the waste products go into different channels from their heat ovens through hoses and metal pipes.

Asides the economic sabotage, the consequences on the environment is hazardous. In those communities, it was miles and miles of deforestation caused by the illegal disposal of distilled crude remnants. Also synonymous with those communities were crude oil on the surface of the rivers, polluting the entire environment.

As such, the federal government, had amongst other measures, approved the establishment of modula refineries as a way to checkmate such crude oil theft and its attendant consequences.

A modular refinery generally refers to a simple or complex refinery whose parts are fabricated or constructed in several component parts or units called modules. These modules can then be assembled easily to form the plant. Furthermore, they can be transported in modules across distances and put together at the location desired.

This is an advantage over larger refineries. It can also commence production with a small capacity of 5,000BPSD or 10,000BPSD, and grow its capacity over time by adding more modules. A modular refinery may therefore be composed from skid-mounted modules of small capacities, put together to achieve a refinery of even up to 100,000BPSD.

This government has been quick to support moves to establish modular refineries as a way to boost the country’s refining capacity.

As part of its strategy to reposition the oil & gas industry, President Muhammadu Buhari in 2016 launched a roadmap of short and medium term priorities aimed at developing a stable and enabling the oil and gas landscape with improved transparency, efficiency, stable investment climate and a well-protected environment, tagged “7big wins”.

The fourth initiative in the roadmap, “Refineries and Local Production Capacity” seeks to transit Nigeria from being an import dependent nation into a net exporter of refined petroleum products.

According to Sylva, the key objectives of the modular refinery initiative include to promote availability of petroleum products in the country, conserve foreign exchange utilisation for the importation of Petroleum Products, promote socio economic development in order to stop restiveness, criminal and illegal refinery activities thereby sustaining peaceful coexistence in the Niger Delta Region and mitigate or eliminate environmental degradation associated with illegal refinery activities, crude oil theft and pipelines vandalism.

Curbing Youth Restiveness
Aside crude oil theft, youth restiveness is another challenge beguiling the region. To tackle this, the Minister of Petroleum Resources, Timipre Sylva, who spoke at the ground-breaking ceremony of an Energy Infrastructure Park at Okpoama in Brass Local Government Area of Bayelsa, believes the best strategies are to create jobs and opportunities for youths, adding that part of his mandate is to collaborate with players in the private sector to establish oil and gas facilities, including modular refineries.

It is noteworthy that a modular refinery of 2,000 barrels per day is also about to start as part of the aforementioned park. This modular refinery is the fourth under the federal government’s plan to use modular refineries to drive the development of the region.

One of the agencies under the ministry, the Department of Petroleum Resources (DPR), is seeking more investment in modular refineries in the country, warning businessmen who are supporting illegal refining activities to desist and channel their resources to legitimate transactions in the oil and gas industry.

The Director of the DPR, Mr. Sarki Auwalu, who spoke in Rivers State, said the agency was not averse to licencing more modular refineries to encourage local in-country refining. The DPR chief stated that rather than going into illegal refining for lack of capacity to do proper refining, private concerns should consider setting up modular refineries. There are 38 proposed modular refineries with capacity ranging from 5,000 barrels per day to 30,000bpd and six conventional plants with a total capacity of 1.35 million bpd.

Self- sufficiency
The director added that Nigeria was capable of attaining self-sufficiency in gas processing and refining, stressing that the agency was more interested in monies from royalties, as opposed to funds from penalties meted on players in the industry.

“I urge investors to start small and grow gradually, just like what we have seen today in Niger Delta Petroleum Resources with practically less than one per cent foreign input. Indeed enormous employment and capacity has been harnessed locally.

Auwalu said Nigeria has about seven private refineries and 20 processed investors’ licences, saying that if a local production company like the NDPR has the capacity of producing, refining and marketing 11,000 barrels per day of petroleum products, then other willing investors could achieve the same feat.

Phases
When President Muhammadu Buhari performed the virtual inauguration of the National Oil and Gas Excellence Centre on January 21, 2021, on one of the issues he spoke about was modular refinery. He mentioned the completion of the 5,000 barrels per day Waltersmith Modular Refinery.

The refinery is near the Ibigwe marginal field flowstation in Imo State. It is the biggest commissioned modular refinery in Nigeria. The African refinery project is being developed in phases by Waltersmith Refining and Petrochemical Company.

According to reports, the phase one of the refinery started operations in November 2020. The company was granted a license by the DPR to establish the refinery in June 2015 and received the construction approval in March 2017. The final investment decision (FID) on the phase one refinery project was reached in September 2018.
The ground-breaking ceremony for the expansion of the refinery to 50,000bpd capacity took place in November 2020. The modular refinery is intended to reduce Nigeria’s import of petroleum products.

The modular refinery is expected to deliver 271 million litres of refined petroleum products a year. The crude oil storage capacity of the refinery is approximately 60,000 barrels.

The refinery receives feedstock from the Waltersmith-operated Ibigwe marginal field. The petroleum products produced in the refinery include diesel, naphtha, heavy fuel oil, and kerosene.

Velem, a joint venture between US-based VFuels and Nigeria-based Lambert Electromec, was awarded an engineering, procurement, and construction (EPC) contract for the initial 5,000bpd modular refinery project in April 2018.

There are indications that the project will be a success. Already, President Buhari has instructed the Ministry of Petroleum Resources, DPR and Nigerian National Petroleum Corp. (NNPC) to provide all necessary support in securing oil and condensate feedstock for the second phase.

The commissioning of the refinery also received the support of other stakeholders. Imo State Governor Hope Uzodinma and Ministry of State for Petroleum Resources Timipre Sylva cut the tape on the President’s behalf. Also in attendance at the ceremony was NNPC’s head Mele Kyari, Nigerian Content Development & Monitoring Board (NCDMB)’s executive secretary Simbi Wabote and Waltersmith chairman Abdulrazaq Isa. Commercial operations began on November 3, last year. Seplat Petroleum has a working agreement with Waltersmith on processing.

The company will build the second phase in two parts. One is a 25,000 bpd standalone condensate refinery. The company aims to complete this by 2023. The second part will be another 20,000 bpd crude processing plant.

Another example of Nigeria’s strides in modular refining is the Edo Modular Energy refinery which is set to increase crude oil production from 6,000 barrels per day (bpd) to 60,000 bpd. The project, being developed by two Chinese firms; AIPCC Energy Limited and the Peiyang Chemical Equipment Company Ltd, is expected to commence operations between September and mid-October. The first phase will produce 1,000 bpd, while the second phase will produce 6,000 bpd; with a long-term goal of producing 60,000 bpd.

Phase one – which is almost complete – will target a production ratio comprising 55 per cent diesel, 38 per cent fuel oil and less than 10 per cent naphtha. If the firm’s projections are anything to go by, some of its products will be exported to boost foreign exchange earnings and by the time it extends operations into different phases, the firm would be able to take care of more than 80 per cent of diesel requirement in Nigeria. The investment is also expected to benefit Edo people through job creation, increased revenue and ease of pressure on other refineries.

Although many argue that profit margins in the oil and gas drilling industry are so low that most modular refineries may not be economically viable as competition from shale oil, excessive supply, generous financial markets and the coronavirus pandemic also have a deleterious effect on the sector’s net profit margins,
Nigeria makes the case for modular refineries easy to argue given that Africa currently has a deficit of 87 million metric tonnes per annum between demand and refining capacity in Africa.