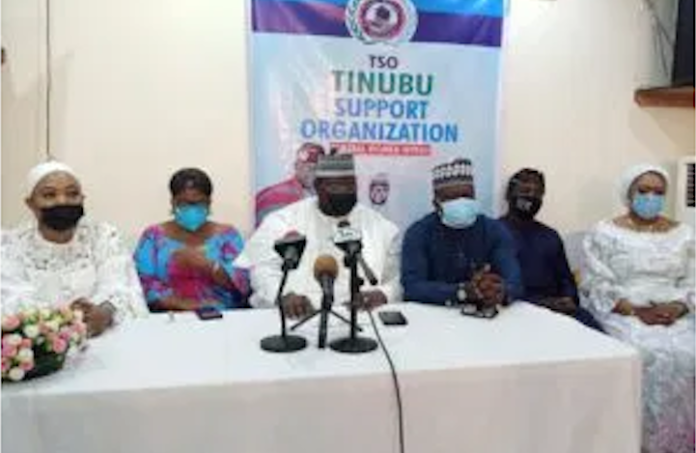 The Director General of Tinubu Support Organisation, Mr. Aminu Suleiman has said that the entire North and its people are behind the presidential aspiration of All Progressives Congress (APC) national leader, Asiwaju Bola Ahmed Tinubu

He spoke at the commissioning of Information and Communication Technology Youth Training Center donated to the people of Itire-Ikate in Lagos by Niyi Amir Gbodimowo, a chairmanship aspirant in the forthcoming local government elections in Lagos State.

Suleiman claimed without proof that all governors and political leaders in the North have resolved to work hard to ensure that Asiwaju Tinubu takes over from President Muhammadu Buhari in 2023.
Suleiman said the north owed Tinubu a debt of gratitude because Buhari tried three times to become president, but was unsuccessful until he (Tinubu) came into the picture.

He said: “Now it is only fair to reward Tinubu for all that he has done for Nigeria.” Suleiman called on rich Nigerian youths to emulate the Gbodo Foundation and Niyi Gbodimowo by providing services that would help their community develop.
He said that if all Nigerian youth could emulate Gbodimowo, the nation would have a better future.
The commissioning was attended by dignitaries, top government officials as well as thousands of people who expressed delight at the siting of such an important project in Itire-Ikate.

Among the dignitaries, who attended the event are Lagos State Commissioner for Youth and Social Development, Mr. Agboola Dabiri and Commissioner for Tourism, Uzamat Akinbile-Yusuf, the Chairman of Itire-Ikate LCDA, Dr. Ahmed Apatira who was represented by Mr Murley Anochirim as well as a representative of the Federal Government College, Ijanikin Old Students Association Mr. Olufisayo Ogundawo.