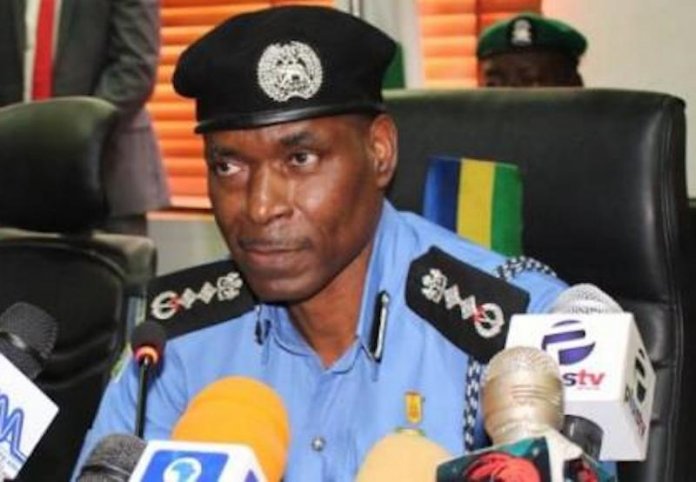 The Inspector-General of Police (IG), Mr. Mohammed Adamu, yesterday presented 39 cheques amounting to over N160 million to families of officers, who lost their lives during the #EndSARS protest hijacked by hoodlums in some parts of the country in October 2020.

The event which took place at the Force Headquarters, Abuja, had the Minister of Information, Culture and Tourism, Alhaji Lai Mohammed in attendance.

In his remarks, the IG assured that the Nigeria Police Force would never abandon the families of their fallen colleagues.

“With this ceremony, a clear statement is being made that the Nigeria Police will indeed never abandon the families of colleagues, who have gallantly laid down their lives in the services of our beloved country.

“Today we shall be presenting 39 cheques of Group Life Insurance and the IG Welfare Scheme amounting to N160, 153, 998 to families of officers killed during the #EndSARS protests.

“I do appreciate that no monetary reward can compensate for the lives of loved ones and breadwinners, but our prayers are with families of affected officers,” he said.

The IG further said that “the Force Insurance Unit was able to process and pay the entitlement of the police officers in record time. As unique as policing career is, it is unfortunately a high-risk operation.”

The IG explained that his administration evolved initiatives that would motivate personnel of the force and also strengthen the personnel protection protocol around them.

He also ordered the promotion of injured personnel as well as the posthumous promotion of those that lost their lives during the #EndSARS protests.

Adamu urged the bereaved family members of deceased officers to utilise the fund judiciously in meeting the training and welfare needs of their children and wives of the late officers.

With regards to those who were injured during the violent protests, the IG said “their group personal accident medical expenses were being processed and would be paid in due course.

“I would continue to prioritise the safety and welfare of officers and pray God to protect their families in the line of duty.”

Meanwhile, Minister of Information, Mohammed, commended the new police management team for taking the welfare of officers as a top priority.

According to him, “Policing is risky.”

He assured the relations of deceased officers that the people and government of Nigeria appreciated the supreme sacrifice their loved ones paid for the country.

“By my record, we lost 37 gallant officers and about 186 wounded, 164 Police vehicles were vandalised, 134 police stations were destroyed, 264 public and private buildings were vandalised and 31 warehouses were looted.

“And about N1 trillion worth of property was destroyed in Lagos State alone. We appreciate all our forces for their patriotism”, he said.