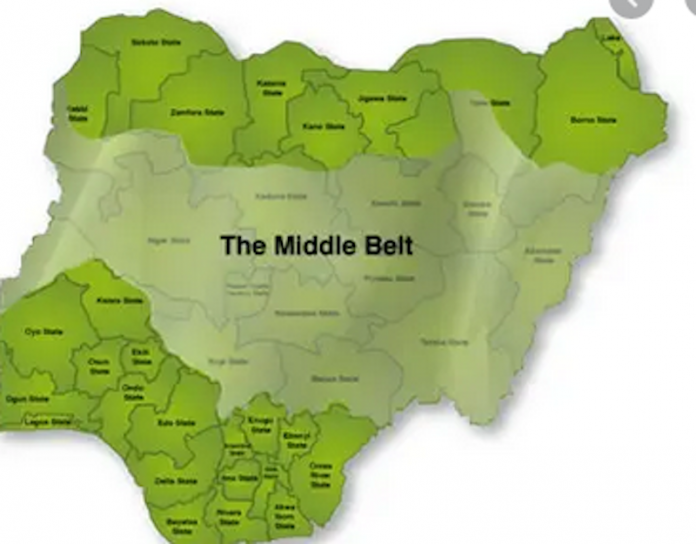 The Southern and Middle Belt Leaders Forum (SMBLF) has disassociated itself from the claim by a platform known as Nigerian Alliance for Self-Determination, that it has given the federal government a 90-day ultimatum to decide on the repeal of the 1999 Constitution or to dissolve Nigeria’s amalgamation of 1914 as it was responsible for the worsening security situation in the country.

The leaders of various ethnic groups were said to have come together under the auspices of the Nigerian Indigenous Nationalities Alliance for Self-Determination, to reach the resolution after a meeting last Friday in Lagos.

But the forum in a statement yesterday, signed by its leaders, Yinka Odumakin South-west; Chief Guy Ikokwu, South-east; Senator Bassay Henshaw, South-south; and Isuwa Dogo, Middle Belt, said they would never hide under any other group or surrogates to make statements on issues.

The forum urged the group to be bold enough to use its name and the true identities of its leaders and members to push its positions.

According to the statement, ‘’The attention of Southern and Middle Belt Leaders Forum (SMBLF) has been drawn to a recent publication by the leaders of the platform known as Nigerian Alliance for Self-Determination. The group had reportedly given 90 days ultimatum for the scrapping of 1999 Constitution as it was responsible for the worsening security situation in the country and poverty in the land and circulated it’s position to the international community.

‘’We note, that not only was the group parading the image of SMBLF as being part of its positions but it also used the identities of some of our prominent leaders in advancing its objectives without any recourse whatsoever to them.

‘’While we hold no grudges against any other group in holding its positions on national issues, we consider it indecent and unacceptable impersonating identities of others, especially our respected leaders. We advise the group in question to henceforth be bold enough to use its name and the true identities of its leaders and members to push its positions. This is the right thing to do if it has conviction and dignity of purpose.

‘’For the avoidance of doubt, we restate that the SMBLF will never hide under any other group or surrogates to make statements on issues as that would be too demeaning. We have continued to make our positions especially the imperative of restructuring the country and the urgency of enthroning, equity, fairness and justice, very clear and unequivocal.

We also remain open to discussions with other groups in the country on ways of ensuring that Nigeria is returned to the original visions of true federalism of our founding fathers which has now been totally abandoned.’’