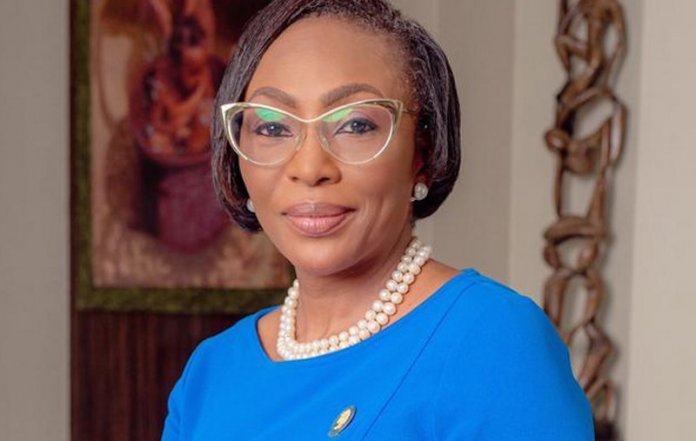 Held recently, the event was aptly themed ‘Resilience and Reinvention’ to reflect the collective strong-willed spirit of women.

The not-for-profit organisation was founded in 1957 in Lagos by a group of public-spirited women set out to champion women’s courses using its cut clear programmes that generally focus on providing for the less privileged; supporting widowed women financially; and providing avenues for acquisition of productive skills toward financial independence and development of their respective communities.

Akinnola in her remarks acknowledged the challenges women face during this pandemic, and highlighted her role in ensuring that women stay empowered.

“Despite the challenges of the coronavirus, IWS has continued to drive positive change by donating to the less privileged. In the area of personal development, the IWS has not been found wanting. We also try to lift spirits, and promote life-changing conversations with webinar programmes.”

She continued: “as the 63rd president of the IWS, I have the huge responsibility of raising funds for all our projects within the next one year, and as such, will use my network and resources to achieve the goal of raising a minimum of N100 million. It might sound like a lot, but together, we can make it happen.”

Assuming the role of chairperson for the event was Lady Maiden Alex-Ibru, publisher of Guardian Newspapers. In her keynote speech, she remarked the importance of education in empowering women and children. She also spoke on the positive change women will affect if they were given a voice on the political scene.

“Women should have the opportunity to serve as men. If you educate the women, you educate the nation. We are able to juggle some many things [at a time], and men should learn to appreciate us. There is an urgent need to accelerate the journey to women in power. I ask myself, ‘if this is what comes naturally from women, then why is she not in politics?’”

Not new to empowering women in her current capacity as the First Lady of Ogun State, Bamidele Abiodun commended the IWS for their work in empowering women, especially at a time the world is still grappling with the uncertainties of COVID-19 pandemic.

“In the year of a pandemic, economic upheaval, and national protest over injustice, we are compelled to have a reckoning, to a place of where they are coming from or where they would want to go to; and this is why I am inspired by this year’s theme. We have all been affected in one way or another. Resilience is needed to get through tough times and beyond that,” she said.

To help women in this part of the world catch-up to their peers globally, the language of technology must be employed in fast-tracking their progression to positions of power and influence. Based on this logic, Senior Partner, TLcom Capital LLP, Omobola Johnson briefly spoke on the role technology plays towards achieving these goals.

“Right now, the world is all about technology. And we find out that just as women have been left behind in the pre-technology world, they are also being left behind in the post technology world… and if we don’t put more effort and priorities about women getting access to technology, the more your work around them is being wasted. Because if they are going to access empowerment money [from] the government or work through technology, if they don’t have a mobile phone, they can’t do it.”

Alongside the investiture ceremony, a fundraiser was initiated, officially kick-starting Akinnola’s fundraising campaign.