Why is it so hard for Lawan to know that the time calls for prudence? ask Etim Etim

I must confess to some degree of disappointment in Ahmed Lawan, the Senate President, in recent months. He has not lived up to my expectation as a man of deep thinking and grand vision. Instead, Lawan seems to be wallowing at the same level of reasoning with the average Nigerian politician. Perhaps, I did not know him well enough. I probably read him wrongly. I had assumed that with his level of education, modest beginnings that influenced his long years of leftist thoughts, Lawan would be a cut different from the pack in the National Assembly. So, I was expecting some rarefied and refined conduct, proposals, ideas and legislations, especially given our recent ‘jankara’ experience with Senator Bukola Saraki, his predecessor.

A few months ago, the Senate President drew some censure when he announced that he had sponsored the wedding of over 300 indigent citizens of Yobe, his home state. I was a little nonplused that he would consider mass wedding as the best empowerment scheme for his poor constituents. Why didn’t he arrange for technical and vocational skills for them so that they could be guaranteed some means of livelihood for life? Within his own party, APC, many have questioned Lawan’s judgment in allowing opposition party members in the Senate to serve as chairmen of sensitive and important committees. I have personally addressed this point in one of my articles earlier in the year, and I made the point that by allowing a discredited senator to serve on the Senate Committee on NDDC, Lawan was not helping the anti-graft war of the Buhari administration.

But my greatest disenchantment with Ahmed Lawan stems from his statement last week. Speaking publicly for the first time on the rising costs of running our government, he suggested that the clamour among Nigerians for the scrapping of the Senate was wrong because the Senate is ‘’a leveler that ensures that all states are represented by three senators each, unlike the House of Representatives where representation is based on population of the states’’. This is not the kind of logic I had expected from the Senate President. The urgent need to structurally reduce the cost of our federal structure cannot be debated or reduced to emotional banalities, and the issue should not be framed in terms of which chamber is to be scrapped.

Rather, the argument should be: Do we seriously need a bicameral legislature, or should we have only one chamber of the National Assembly? I strongly believe that given the economic crisis we are facing now, we should amend the Constitution to allow us operate with a one-chamber legislature, to be named National Assembly, that would have equal representation of between five and 10 members from each state. Members of the proposed National Assembly should work part-time and sit for a limited period of time in a year. This has nothing to do with scrapping the senate or House of Representatives; but is a reform of our system of government to reflect the moment. This alone can save the nation more than N200 billion in a year. This is enough to fix one additional federal highway every year or fund the budget of all federal universities. Framing the discourse in this manner will save us some emotional backlash from people like Ahmed Lawan who have attachment to their positions and offices.

Faced with monumental economic and financial crisis, we cannot continue to live a lie, pretending that all is well. Our total debt stock (foreign and domestic) as of June 2020 stands at $85.9 billion, an 8.31% increase from $79.3 billion recorded for March 2019, according to DMO. Of this, external debt alone is $31.47 billion, accounting for 36.65% of total debt. The country’s debt service obligations continue to grow. In the 2021 budget, the federal government proposes to spend N3.34 trillion to service our debts, up from N2.95 trillion spent in 2020. With expected total revenue of N7.89 trillion and total expenditure of N13. 08 trillion, a huge fiscal deficit of N5.2 trillion is proposed in the 2021 budget. This deficit would obviously be financed with more borrowings, given the government focus on infrastructural development.

These financial woes also manifest in many other ways. Public universities have been closed for over eight months; Nigerians are getting poorer, hungrier and angrier. The pain and frustrations are palpable on the faces I see on the streets. We should come together to save the nation.

With other macroeconomic and social challenges like low productive capacity, dwindling revenues, rising public sector expenditures, pervasive corruption and a burgeoning population, Nigeria may not survive for long without fundamental restructuring of our government and cost-cutting measures. It is critically urgent that we must either reduce the costs and structure of governance or ramp up earnings from exports of manufactured goods (not only hydrocarbons), or both. While the former is easier to do, the later is harder to achieve, it leads to a more prosperous nation. The desirability of these reforms is well known to the Nigerian elites, but they have not been bold and patriotic enough to implement them. Earlier in the year, Vice President Yemi Osinbajo weighed in on the issue and spoke in support of such an overhaul.

He asked Nigerians to debate more on it and arrive at a consensus. So far, the VP is the most visible senior official in government who has openly backed calls for the overhaul of the National Assembly. But this shouldn’t be left to the VP only. The whole political class should come to terms with their own vulnerability: If Nigerians are not happy, they too will not sleep. The spontaneity and widespread of the protests and riots in October should send clear signals that no one is safe if the country cannot take care of its needy. This moment therefore calls on us – especially the political class – to rise above the allure of position and power.

If Ahmed Lawan’s awkward comments did not reflect the full import of his convictions, it’s up to him to make amends and lead the charge to effect this constitutional change. In many instances in history, leaders whose nations faced dire existential threats usually broke out from their comfort zones to take charge and address their problems. This is not the time for our Senate President, and indeed other political leaders, to quibble about the future of Nigeria; and as Allbert Einstein’s timeless adage imply, recreating a new Nigeria requires a completely new set of thoughts, ideas and frame of mind. 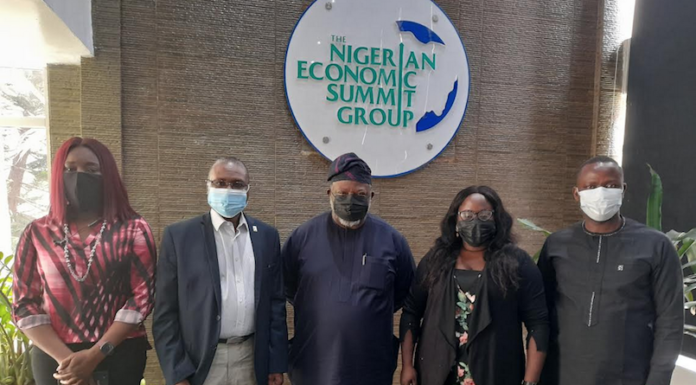