#ENDSARS Update
Permit me to comment on the update of the Lekki Tollgate incident of October 20, 2020 – ‘Black Tuesday’. I had mentioned previously, that unless we called in foreigners to employ technology to get to the root of what actually occurred by means of satellites etc, we would remain in the realm of speculation, allegations and denials; and would probably not be able to depend on the Nigerian authorities to tell us what transpired on that fateful evening, as they are famous for being economical with the truth, and for cover ups – and that goes for most administrations that have ruled Nigeria, not just this present one. After all, till today, we do not know who murdered late Dele Giwa, Chief M.K.O. Abiola GCFR, Bola Ige, SAN, and Funso Williams, nor do we know when President Umaru Yar’Adua passed on.

Changing Narratives
After the initial denials about it not being soldiers of the Nigerian Army, but fake soldiers at the scene of the Lekki Tollgate incident on Black Tuesday, Amnesty International (AI) gave a vivid account of how the Army moved from their Barracks, Bonny Camp, through Ozumba Mbadiwe to the Tollgate – thereby, refuting that claim – and AI was promptly denounced by Government spokespeople; we then moved to who invited the Nigerian Army to the scene; then to Mr Governor being responsible for calling for the Army’s assistance, but not asking them to open fire on innocent flag carrying, anthem singing Protesters; then to the Army claiming in the media and even at the Lagos State Panel of Inquiry, that the soldiers fired only blanks and not live bullets; then to no one dying on Black Tuesday, to only one person dying from shock or trauma (I’m not sure), then to two people dying.

It is therefore, curious, that though the authorities only admitted that two persons died, the Chief Coroner of Lagos State, Honourable Justice M.A. Dada, put out a public announcement in the newspaper, asking that anyone whose family members were missing between October 19th and 27th should contact the Department of Pathology and Forensic Medicine of the Lagos State University Teaching Hospital, for an identification exercise of the deceased. Black Tuesday occurred on October 20th, and if no one died that day or prior to that day, surely the call should have commenced from October 21st (Looting Wednesday) onwards, when the violence is said to have erupted (undisputed).

Alhaji Lai Mohammed, Nigerian Army, FGN & Ors v CNN
However, the CNN independent investigation seems to have disproved the Army’s statement, as its investigation revealed that real live bullets were fired at the Lekki Tollgate on Black Tuesday. Spent bullet casings from the scene were analysed, and the origin of the said bullets were traced to Serbia, where the Nigerian Army purchased ammunition regularly between 2005 and 2016! Even if the Government is telling the truth that blanks were fired, we can conclude from the CNN Report, that live bullets were also fired. And now, the Army has conveniently released yet another snippet of information in a statement dated 22/11/20, (following CNN’s Report), admitting that they went to the Tollgate with blank and live bullets, but still claiming that only blanks were fired into the air, not at the Protesters, with no evidence to debunk CNN’s report in respect of live ammunition!
As Lawyers, we are aware of the ‘burden of proof’, which was superbly and succinctly defined by Amina Adamu Augie JCA (as she then was) in Sterling Bank Plc v Falola 2015 5 N.W.L.R. Part 1453 Page 405 at 429 thus: “Burden of proof is the duty to offer evidence in proof of a party’s assertions or counter-assertions”. In this particular sense, the burden of proof is not static, as it shifts from one party to the other, that is, when one party discharges the burden of proof on an issue, it behooves on the other to disprove those facts with his or her own evidence. See the Supreme Court case of Sokwo v Kpongbo 2008 7 N.W.L.R. Part 1086 Page 342. Also see Sections 135-137 of the Evidence Act 2011 (EA) on the burden of proof, on whom it lies, and how it shifts.

It is also trite that, he who alleges must prove. My point? The Nigerian Army and Alhaji Lai Mohammed have failed to discharge their own burden of proof. So far, they have failed to adduce any evidence to support their claims; such claims must be backed by evidence, and not just word of mouth. The burden of proof shifts back to the Army and Lai Mohammed to disprove CNN’s evidence, by proving their own facts – CNN having discharged its evidential burden. This is how it works in law! Calling CNN irresponsible and threatening them with sanctions, as we say in legal parlance, goes to no issue, not unless the name calling is backed with solid evidence that neutralises CNN’s evidence.

Again, the fact that the Government and the Army have changed their story several times, not only affects their believability and veracity as witnesses, but is prima facie evidence of dishonesty and makes their testimony somewhat unreliable. See Section 210 of the EA; also see Ikono v State 1973 5 S.C. 231 per Udo Udoma JSC (as he then was) about Judges not attaching any weight to the evidence of a witness whose veracity is in doubt. Lai Mohammed did say in his 2015 Screening on the floor of the Senate, that his grandchild had asked him why people referred to him as ‘Liar Mohammed’. At the time, the Senators found him hilarious, but isn’t there a saying about many a truth being told in jest?! While CNN is not infallible, it is known to be a television news station of repute, not one that is particularly known for deliberately broadcasting false information. But, even if CNN were known as pathological liars (which they most certainly are not), Nigeria should dispute their investigation and denounce them as liars, with superior evidence.

How extremely sad it is, for a Government whose primary purpose is the security and welfare of its people, and the protection of their lives and property, to be accused of unleashing violence on its own children who were unarmed. If this allegation is proven to be true, will it not be ironical that the #ENDSARS protest, the purpose of which was to decry SARS/Police brutality, especially against our Youths, was responded to by Government with Army brutality on the same Youths, who did nothing wrong, but exercise their rights guaranteed by Sections 39 and 40 of the 1999 Constitution of the Federal Republic of Nigeria (as amended)(the Constitution)?

And for those who claim that there was a massacre on Black Tuesday, be it CNN or anyone else, that remains in the realm of speculation, until it is proven to be true with solid evidence. A massacre is defined as “an indiscriminate and brutal slaughter of many people”. No one has been able to irrefutably adduce evidence that a massacre occurred; and while it is possible that more than two people died during the incident, the actual number of deaths has not been ascertained.

The plots thickens! The bottom line is that, there must be accountability, and those found culpable, punished for their crimes. The world watched the #ENDSARS protests, and if we had a Government in place who the world felt would serve the ends of justice in this matter, I don’t think outsiders would be interested in investigating anything or going ICC, ICJ or wherever. However, the constantly changing narratives of Government, are absolutely suspicious and uninspiring. 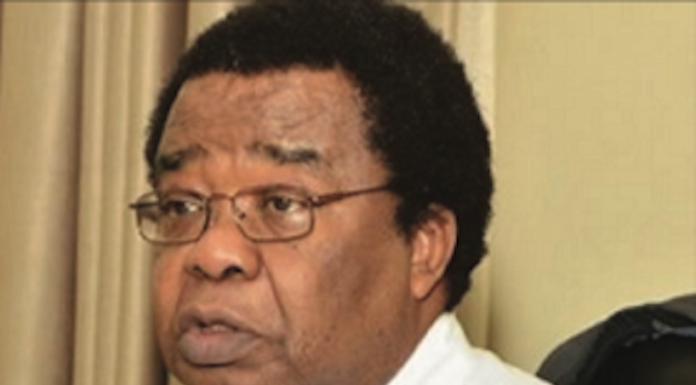