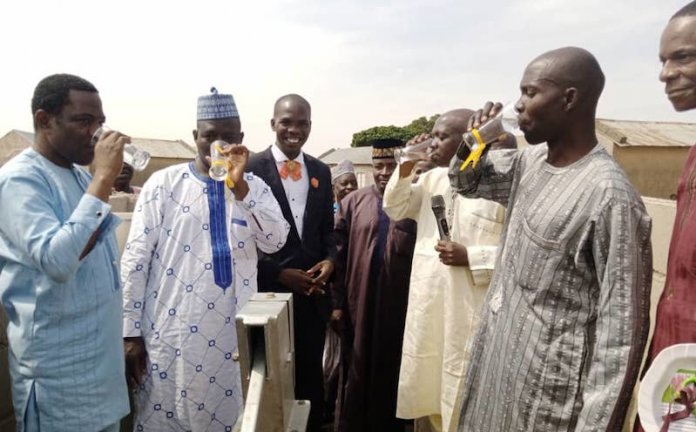 As part of its symbol of love and social responsibility as well as community relations, the Redeemed Christian Church of God (RCCG) has unveiled two water projects in two communities in Bauchi Local Government Area of Bauchi State, with a call on the people to imbibe the culture of tolerance, peaceful coexistence and harmonious relationship among the various ethno-religious groups in the state.

The Special Assistant to the General Overseer(GO) of the RCCG, Pastor Enoch Adeboye, in charge of Northeast zone, Pastor Jimi Ajibade, made the call last Saturday while inaugurating the two projects sited in Wunti Dada and Kafin Tafawa under the ‘Water for Life’ (W4L) project funded by Africa Mission Nigeria RCCG headquarters in Lagos.

Ajibade stressed that no efforts should be spared in spreading the values of tolerance, peaceful coexistence and harmonious relationships among the people knowing that God is one and the creator of everything.

The special assistant to the GO in charge of the North-east region of the church, who also emphasised that God created human beings equally, and therefore, want them to coexist, said there is no need for acrimonious relationship between adherents of the two widely accepted religion of Christianity and Islam.

Citing copiously from the Bible, he stated that God is love and so He is expecting us to show love for one another not in words alone but in actions and deeds, a reason he said is driving the church to embark on social responsibility and community relations.

The cleric added that the RCCG is ensuring that the communities surrounding it got a little of its love through different ways, including education, health and water provisions.

Ajibade then advised the beneficiaries of the water projects to see them as their own and maintain them effectively for their use, because according to him, “the projects belong to you; take care of it so that you can continue to enjoy the services for a long time.”

He added that the RCCG is determined to make life easier for the people through the various projects even, as it is deeply engaged in the propagation of the gospel of God.

In his response on behalf of the Wuntin Dada community, Chairman of the Consultative Forum and the Elders Committee in the area, Alhaji AD Mustapha, stressed the importance of peaceful coexistence, because according to him, no development can be achieved without peace and tranquility.

He said it is only a thin line that exists between Christians and Muslims, stressing that even at that, there was no reason for acrimony between the two because “the sun, the moon and the rains come for all without any segregation.”