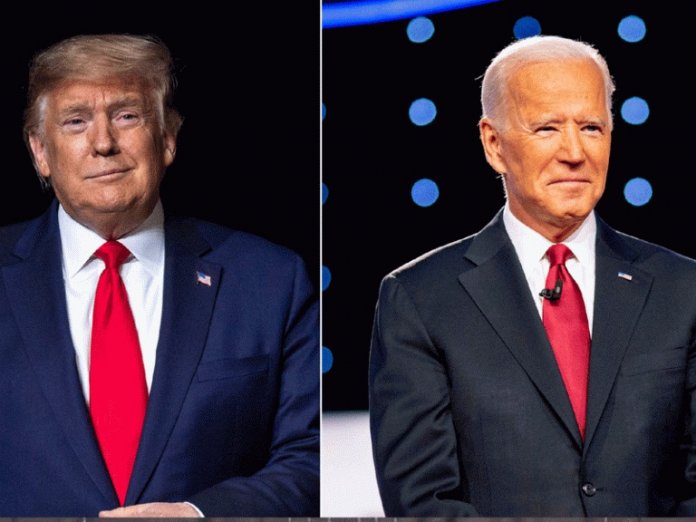 Democrat Joe Biden has overtaken President Donald Trump in the count in Pennsylvania, putting him an inch away from becoming the United States’ 46th president.

He had earlier overtaken Trump in Georgia which has 16 Electoral College votes. Pennsylvania’s 20 electoral votes would put Biden over the 270 votes needed to win the contest.

Thousands of requested overseas and military ballots may arrive by the deadline Friday, and there are provisional ballots left to count

Biden pulled ahead in Pennsylvania on Friday with the release of the vote count of mail-in ballots from heavily Democratic Philadelphia.

With the update, Biden leads Trump by more than 5,000 votes. If Biden win the state’s 20 electoral votes, he will have enough to claim an electoral college win.

Prior to the latest release, Biden had been trailing Trump by about 18,000 votes in Pennsylvania.

Pennsylvania was among the most hotly contested states of the cycle, with both Biden and Trump making regular trips to the state for most of the campaign.

Both candidates spent considerable time there in the final days of the race, with Biden holding a final rally in Pittsburgh the night before the election and making an additional two stops on