To demonstrate the oft-repeated lie that both Generals Buhari and Buratai have been telling the world, to the effect that Boko Haram has been defeated, the Islamic terror group waited for General Buhari to visit Maiduguri, unannounced, and then launched an audacious attack on the Borno state capital, proving that not only have they not been defeated, but that they have the capacity to take the battle to General Buhari’s face.

Let us face the truth. General Buhari is an all-round failure. The economy is worse than he met it. Our human rights are much worse than he met them. And our security is undoubtedly the worst it has ever been since the civil war. The Shagari government that Buhari overthrew performed better!

How can you visit a town and right in your face, Boko Haram attacked the town. Yet, just a week ago (on February 6, 2020), this same General Buhari fantastically said ‘I have fulfilled my promise on Boko Haram’. The man cannot even defend himself from Boko Haram. He was too scared to go to Auno, where the attacks occurred, or to spend the night in Maiduguri.

What has he improved in the country? I challenge Buharists to name one thing that has been enhanced in Nigeria in the last five years besides General Buhari’s health and economic well-being. The man has no shame whatsoever.

If Buhari wanted to condole, he would have gone to Auno, where the killings occurred. Buhari could not go to Auno, because even he is scared of Boko Haram! That is the point where we are in the country, and nobody should sugarcoat the truth! I was the person who exclusively released the now-famous video of General Buhari being booed in Maiduguri, which the media has now syndicated. To put this into perspective, former President Jonathan visited Borno 7 times as President. He was NEVER booed.

My question to my readers is this: Do you still believe General Buhari won Borno by 836,496 votes, to Atiku Abubakar’s 71,778 votes during the February 23, 2019 elections? They say no matter how far and fast falsehood has travelled, it must eventually be overtaken by truth! General Buhari rigged the 2019 elections, and on Wednesday, February 12, 2020, in Maiduguri, we saw spontaneous proof of his rigging! The man is not popular in Maiduguri.

And Garba Shehu, the General Buhari’s spokesman, who General Buhari’s wife, Aisha Buhari, has publicly declared as a liar, had continued in his demonic habits by claiming that the opposition Peoples Democratic Party sponsored miscreants to boo General Buhari. Why does Garba tell such childish lies?

General Buhari paid a SURPRISE visit to Maiduguri. Nobody knew he was coming. The media did not know. Many of them were at Nnamdi Azikiwe Airport waiting for General Buhari, and only found out on the internet that the man they were waiting to receive in Abuja, was actually in Maiduguri.

The whole country was taken by surprise. Even if the PDP wanted to plan such a thing, there was no opportunity to do it. The truth is that Borno people spontaneously booed General Buhari because the man is not popular there and rigged the election to give himself such fantastically high voter numbers there.

Nigeria, under General Buhari, is in  a shambles. It is, according to Bill Gates ‘one of the worst places in the world to be born’. Because of Buhari, we are the world headquarters for extreme poverty. He said the PDP sponsored his booing in Maiduguri. Did they also sponsor the World Poverty Clock?

Why is Nigeria performing so abysmally under General Buhari? Two reasons. The first is because he refuses to take responsibility for anything, preferring instead to blame others. And the second is because of nepotism. He appoints people to sensitive positions based on their tribe and religion.

Where is the ethnic and religious balance which is enshrined in the Federal Character Act 34 of 1996? The heads of the Executive, Legislature and Judiciary are all Northern Muslim men, as are the heads of the Nigerian Army, NPF, NSA, DSS, NIA, DMI, DIA, NPS, NCS, NIS, and EFCC. That is why Nigeria is in a shambles. All our institutions are collapsing because General Buhari has enthroned tribalism and religious bigotry in place of merit.

That is the only reason they have released 1400 so-called ‘repentant’ Boko Haramists. In General Buhari’s eyes, they have been very successful at their jobs. How long can Nigeria continue like this?

Now, we are reading reports that even the rank and file of the Nigerian military are grumbling over his release of so-called repentant Boko Haramists. I mean, who does that?

Do you blame them? Ask yourself how the parents, widows and orphans of fallen Nigerian soldiers will feel when they watch the killers of their sons, husbands and fathers, being released by a government that promised to defeat Boko Haram in 3 months, on the lousy excuse that the Boko Haramites have now repented?

This past week, the minister of funeral affairs, AKA, Vice President Yemi Osinbajo, attended Daniel Arap Moi’s funeral in Kenya. Both he and General Buhari have NEVER attended the funeral of soldiers killed by Boko Haram.

Yet, they released 1400 so-called ‘repentant’ Boko Haramites. How would the widows and orphans feel, especially when you consider that according to Governor Zulum of Borno, Boko Haram have made 59,311 children orphans and 59,213 women widows in Borno alone. Yet, General Buhari has not imprisoned even one Boko Haramite. Where is justice in this?

Sadly, General Buhari has touched and ruined almost every aspect of our national life with his leptons fingers. And with the increase of our foreign debt from $7 billion on May 29, 2015, to $25 billion today, we will continue to feel his leprosy long after he has gone.

When my father was ill, my sister left her job to stay with him. My other sister left her business to work shifts with her. None of us boys left our business or work. Yet you foolishly complain that you have only girls? You have hit the jackpot! Each of your daughters is worth 3 sons! Having a daughter prolongs your life. She will not get into as much trouble as your sons. She is less likely to be disobedient. When she leaves your house, she will remember you. If you are too old to live alone, she will move you into her home, matrimonial or not. Go and thank God for having daughters! 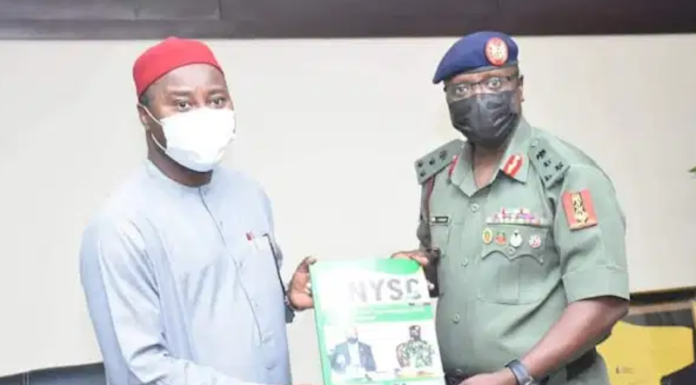