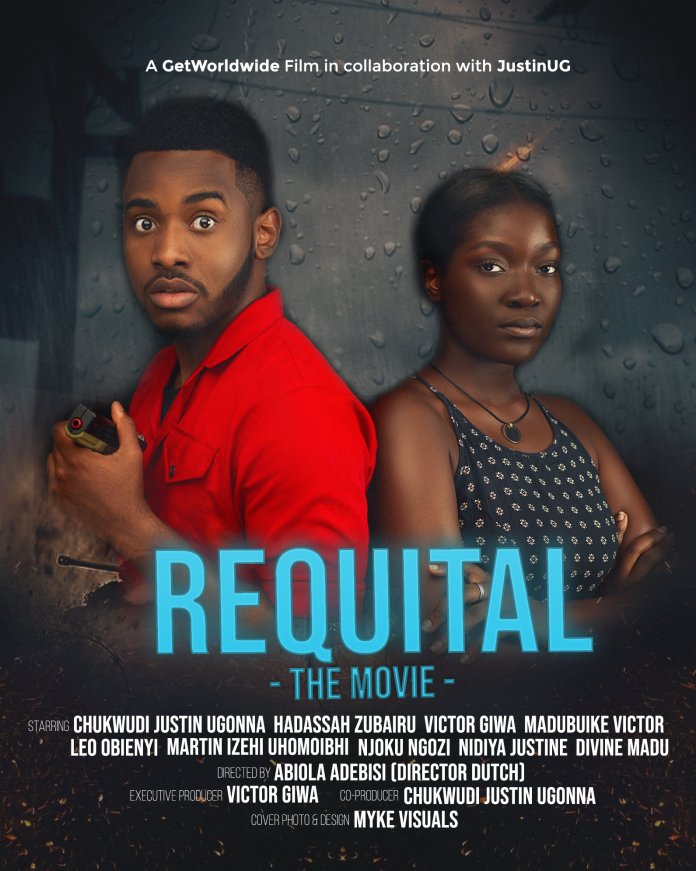 An action comedy known as Requital will be premiered on a tour at different Universities in Nigeria before it drops on amazon and the movie website. According to a statement by the producer, the tour dates will be announced on Instagram @RequitalTheMovie. The statement said also the movie trailer however, which presents a highly captivating and hilarious snapshot of the movie, is now available on Instagram and Youtube.

According to the statement: “The film features other talented Nigerian creatives who are revolutionizing what it means to be an entertainer in the Nigerian media. These debutant actors include Hadassah Zubairu, Nidiya Justine, Leo Obienyi, Martin Izehi, Uchendu Steven, and others.

The Producer of the movie, Victor Giwa, in the statement explained that it is essential for Nollywood to create space for young creatives with new age humour and relatable plots that can capture the interest of audiences of all ages.

Internationally Social Media Entertainer, Justin Ugonna, (Justin Ug) in the statement described the reason for his passion about producing this movie as stemming from his mission to entertain Nigerians both in Nigeria and the diaspora, “a passion which he displays through his well-received funny skits on Youtube and Instagram with an average of 35k views per post.”

The director, Dr. Dutch explained what a thrilling experience it has been to be part of creating such a refreshingly new action-comedy movie.