The Director General of the Lagos Chamber of Commerce and Industry, Mr. Muda Yusuf, in this interview reviewed Nigeria’s chances in the proposed African Continental Free Trade Area agreement and advised the government to fix infrastructure and carry out more economic reforms to position the Nigerian economy to compete favourably. Dike Onwuamaeze brings the excerpts:

What do we expect the African Continental Free Trade Area agreement to offer Nigeria as a country?

The African Continental Free Trade Area agreement offers a lot of opportunities but it also presents some challenges. Opportunities in the sense that it will offer companies and businesses that are competitive at continental standards access to much bigger market. We are talking about a market of at least $3 trillion. That is a huge market for any business that is competitive by continental standards. We are also talking of a population of 1.2 billion people. So, that is one big advantage for businesses. It will enable firms to source their inputs at lesser cost from other countries within the continent than their domestic sources.  For the citizens, competition protects consumers more than any other thing. It will bring down the problems associated with monopoly and the citizens will be better for it once it happens because uncompetitive practices and abnormal profits cannot thrive where there is competition. Now, the challenges arise from the issue of competitiveness of those who are in the manufacturing sector of the economy because our environment is still a very difficult environment. Those who are likely to be worse hit are those in the categories of micro, small and medium enterprises because they do not have the economies of scale that can bring down their cost. The challenge now is how the Nigerian government can move fast enough to create a competitive environment for these industries so that we do not have a situation whereby we will regret being part of this AfCFTA.

What will the government do to protect MSMEs?

You know that a committee was set up before we signed the AfCFTA to advise government on what needs to be done. That committee made very robust recommendations on how government can fix these problems so that by the time we are in the AfCFTA, the pressure of competition will not be that much on local industries. If you pick up that report you will find in it quite a lot of what the government needs to do, especially in the area of infrastructure, which is the biggest issue. Talking about roads, rail system and power and maybe the policy environment and things like that. Government needs to give investors the confidence that what it promised in terms of creating a better environment that will position our industries to be more competitive will be done before the AfCFTA become fully operational.

Do you think we are ready for the opportunities to be offered by AfCFTA?

Well, I will say that some industries are ready. Some big companies are ready to take advantage because of their size, network, capital base, the resources that they have and because they can take the advantages of economy of scale easily. You can say that those ones are ready. You can also say that in the service sector our people are ready. Because the challenges you face in the service sector are not the same that you face in the real sector. We have our people in fashion, creative industry, entertainment, ICT, financial service, legal service, advertising, trading, that are ready to lash on the opportunities. These are areas our people will take advantage in. But when it comes to manufacturing, especially with the SMEs, I cannot say that we are ready.

Do we need further reforms to reposition the economy?

Yes, of course. There is always need for reforms. It should be an ongoing thing for an economy that is progressive. We need to reform so that we can attract more investments. This economy is big and if we have the right kind of policies a lot of investments will come here. But we have not put the right policies in place to strengthen our infrastructure and areas that we have comparative advantage like the oil and gas. By now, if we had had the right policies over the years, we should have practically flooded the entire continent with petroleum and gas products, with fertilizer, petro-chemicals. All the oil producing companies should have set up refineries long ago if we had created the right kind of environment for them. But we haven’t done much. We tried it with the Petroleum Industry Bill and for more than 10 years we have been going back and forth just to pass that bill. That sector is like the locomotive that can drive other sectors of the economy because of the resources that can be gotten there. Aside from reforms, we have to ensure that we manage our macro-economic space well. What transforms the economy of a nation is the amount of capital it is able to attract from outside, especially private investments. If we have the free trade agreement and the reforms do not take place, we will continue to perpetuate policies that will be creating privileged opportunities for few and the economy will continue to suffer for it.

How do you see the textile industry?

The Nigerian textile industry is suffering the same challenges other manufacturers are suffering from. They are not competitive. That is why I said that we should fix the fundamentals first. My view is that the starting point when you want to transform an economy is to go and rebuild your infrastructure. We need also to reform our fiscal operations. We cannot build infrastructure by spending almost 80 percent of the budget for recurrent expenditure.  Moreover, because our policies are not consistent some of those who will bring in money to our infrastructure space are scared because they think that the political risk is too high. We do not have any success story about PPP infrastructure investment.

What does the AfCFTA demands from government?

It calls for a disciplined government. It calls for the right kind of policies. And more importantly, it calls for very serious commitment to infrastructure development. These factors are very important.

Many businesses are lamenting the current tax regime, what is your take on that?

Well, businesses are crying because they feel that the focus of taxation is too much on those who are investing. And I do not think this is the way it is in many other countries. There are so many taxes apart from the regular conventional taxes. There are also levies, registration fees, licensing fees from the local, state and federal governments. It is a lot of problem. And there is a lot of regulatory pressure, too many regulators for some sectors. Some sectors have up to 15 regulators coming to inspect on thing or the other. A businessman told me that he spends more time attending to regulators than running his business because as one is going another one is coming in. And because all of them are brandishing one form of law or legislation he has to attend to them. 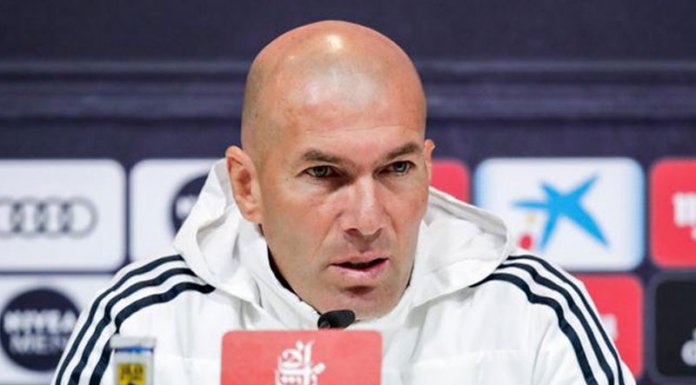