Blackout is looming across the country as the electricity generation companies (Gencos) yesterday threatened to shut down power supply should the federal government refuse to disburse the N600billion intervention fund.

This is coming as the African Development Bank (AfDB) and Economic Community of West African Countries (ECOWAS) Regional Electricity Regulatory Authority (ERERA) have disclosed that Nigeria and Guinea – Conakry, currently have the cheapest or lowest retail electricity tariffs amongst countries in the West African region.

The Gencos, speaking through the Executive Secretary, Association of Power Generation Companies (APGC), Dr. Joy Ogaji, told journalists in Abuja that  they had been indebted to the extent that their gas suppliers no longer supply them.

This, according to her, has compelled about three Gencos to shut down their operations.

She noted that if the N600 billion is not released in record time, a deliberate decision or economic forces would force the remaining Gencos to stop power generation.

The spokesperson also alleged that the Nigerian Bulk Electricity Trading (NBET) Plc has been threatening the Gencos that they will not receive the intervention fund without consenting to the payment of 0.75 per cent administrative charge.

She added that the NBET Managing Director, Dr. Marilyn Amobi, had called on the owners of the Gencos to forward their board resolution to access the N600billion.

Ogaji, however, noted that the call was misleading since the Central Bank of Nigeria (CBN) was yet to release the fund.

The spokesperson, stressed that CBN paid the previous interventions directly to power firms and gas suppliers.

“Now the reason we called for this press conference is because NBET has been threatening calling the GenCos, especially the owners (investors), telling them that she has the money with her if only they will send the board resolution she would pay the money.

“But the truth is that, I have done my own findings, CBN has not released the money. And if you know how the N701billion was dealt with, no money was released NBET. CBN paid the money directly to all the Gencos and gas suppliers, calling the GenCos owners and lying to them that she has the money is a misleading fact.

“So, if NBET excesses are not checked and this N600billion is not released on time, whether we deliberately shut down or not, the machines will shut down by themselves. This is because gas suppliers have stopped giving gas to some of the Gencos,” she explained.

AfDB and ERERA stated this in a report that compared the region’s power tariffs, which they jointly produced.

Similarly, in another report by the AfDB called ‘Revisiting Reforms in the Power Sector in Africa,’ the bank said the intentions of Nigeria’s 2013 reform of its electricity industry had not been positively delivered by the country’s electricity regulator – the Nigerian Electricity Regulatory Commission (NERC).

Both reports were obtained by THISDAY yesterday in Abuja, with that on electricity tariff stating that the average end-user tariffs including taxes for standard low voltage consumers in the 15 countries sampled ranged between $2.6 and $38.5 kilowatts hour (kWh).

It explained that in Nigeria for instance, tariff with taxes and associated charges for consumers within the lower social ladder was $1.4/kWh while that of Guinea Conakry was $2.4/kWh.

The report noted that Liberia, Carpe Verde, and Guinea Bissau had the highest electricity tariffs in the region.

Despite Nigeria’s cheap electricity, the report, however, said the country and Niger Republic had the highest frequency of electricity service interruptions in 2018, with Nigeria having 304 interruptions while Niger had 289.

On the average, it stated that the duration of the interruption was longest in Nigeria with 742 hours of interruptions reported by consumers.

In AfDB’s ‘Revisiting Reforms in the Power Sector in Africa’, the bank explained that regulatory reforms in Nigeria has not impacted positively in the country’s electricity sector, adding that there is a broader failure of governance in the sector.

“Nigeria with a population of 183 million, of which an estimated 40 per cent still lack an electricity connection, struggles with multiple technical and commercial challenges in its power sector, including high losses, poor maintenance, poor financial viability, supply shortfalls, frequent outages, and unsustainable tariffs below cost recovery levels.

“After successfully privatising the telecommunications sector, reforms seemed an obvious way to improve operational efficiency and electricity availability, and to attract private sector investment in the power sector. Reforms began in 2001 with the National Electric Power Policy (NEPP), leading to the 2005 Electric Power Sector Reform Act (EPSRA), which vertically and horizontally restructured the sector and privatised generation and distribution entities. It also created an independent regulator, Nigerian Electricity Regulatory Commission (NERC), and opened the market to private operators,” it noted.

“The AfDB-ERI regulatory governance and substance indices rank Nigeria’s regulatory regime among the top three of 15 countries studied; however, mirroring the failing financial viability in the sector, and the low score in this study’s performance index, the country has only a mediocre rank in the regulatory outcome index.

“NERC’s regulatory decisions seem not to have had the intended positive effect on the sector outcomes, pointing to broader failures of governance. The country ranks among the lowest 10 countries of this study according to the worldwide governance indicator.

“Widespread political instability in some states, currency devaluation, and corruption (including alleged inflated contracts alongside alleged kickbacks to officials) in Nigeria underline the pivotal role of macro-economic factors and the quality of governance in shaping sector performance outcomes,” it added.

The AfDB report said the aggregate technical commercial and collections losses reported at privatisation were not improved after privatisation and noted that this was contrary to the purpose of privatisation.

“Generally, the privatised companies showed worse collection and payment performance than when the assets were under government control. However, government and some investors have an opposite view for some of the Discos,” it stated. 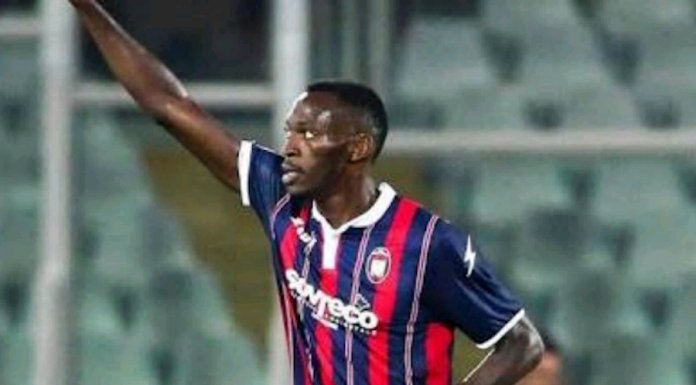 Herdsman to Die By Hanging in Ekiti for Killing Colleague