Eminent lawyer and founder of Afe Babalola University in Ado-Ekiti (ABUAD),Chief Afe Babalola, has said the country would be self-sufficient in food production, if government at all levels should embark on aggressive funding for agriculture sector.

Babalola, who advocated revolution in the country’s agriculture sector, praised President Muhammadu Buhari for closing land borders to checkmate smuggling of contrabands into Nigeria, saying this would help the local economy.

He described agriculture “as a catalyst for development and potent weapon for food sufficiency, improved foreign exchange earnings, employment generation and drive industrialisation through agricultural processing.”

The legal luminary, who spoke yesterday during the 7th edition of Afe Babalola Agricultural Exposition (ABA-EX 2019) in Ado-Ekiti, said “there was a need for government to take drastic actions to restore and reposition the lost glory of agriculture to what obtained during the golden era when it was the mainstay of the economy.”

According to him, “Despite that Nigeria is abundantly endowed with agriculture potentials and other natural resources, the country is still grappling with food insufficiency and economic dislocation due to its over-reliance on imported products.

“There was a need for economic diversification with huge investment in agriculture, because a paradigm shift from monolithic economy based on oil will engender sustainable economic growth and development.”

He commended the President on closure of the nation’s land borders to tackle persistent smuggling, stressing the need to adopt backward integration at all stages to improve productivity of domestic agricultural products.

“My annual agricultural exposition was predicated on the need to revolutionise farming in the country by making it attractive to the youth and redefine their mindset that agriculture is meant for the aged,” he said.

He, however, called “on the federal government to create enabling environment through implementation of policy frameworks capable of providing access to credit facilities, modern implements, improved seed varieties and fertiliser.”

In his remarks, Ekiti State Governor, Dr. Kayode Fayemi, applauded Babalola for his immeasurable contribution to the socio-economic development of the state.

Fayemi, who was represented by the Commissioner for Agriculture and Rural Development, Hon. Folorunso Olabode, said the unique initiative has continued to yield positive results in improving food production in the state.

“I cherish the vision of our great father Aare Afe Babalola to annually hold food exposition tagged: ABA-EX, another huge, immeasurable and unprecedented success had again been recorded. This year’s expo is undoubtedly remarkable.

“I encourage those who benefited from cash prizes to make judicious use of it by ploughing it back into their farming business. Chief Afe Babalola and Ekiti State Government are anxiously waiting to see the impact of dividends of what you have acquired here to visibly manifest on the economy of our dear state. This is the only way to pay back the convener of this expo,” he said.

At the event, Mr. Aleshinloye Kayode of Ijero Local Government was awarded with a cash gift of N1 million for emerging as the best farmer in the state. 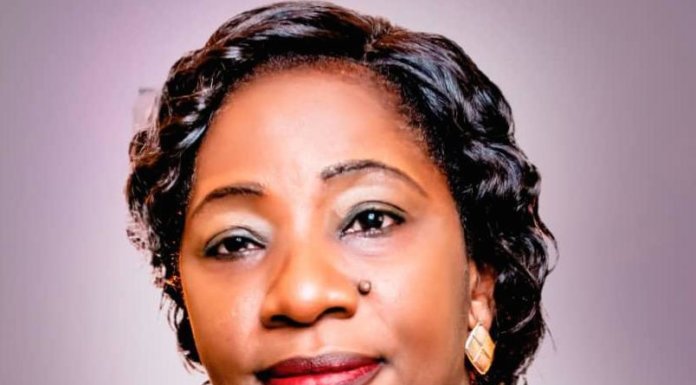 The Biden Presidency: A New Dawn for USA