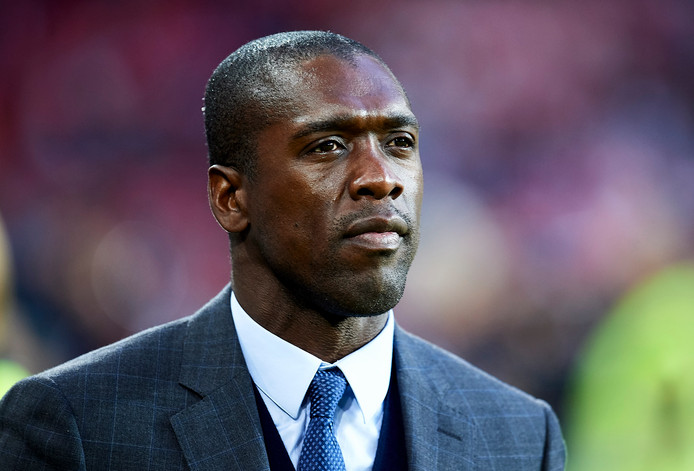 Former Netherlands midfielder Clarence Seedorf has been sacked as Cameroon coach after the side failed to defend their Africa Cup of Nations title.

The former Real Madrid player, 43, had been in charge for under a year.

His assistant Patrick Kluivert, his former Netherlands and Ajax team-mate, has also left his role.

Cameroon lost 3-2 to Nigeria in the last 16 in Egypt, leading to the country’s sports minister calling for Seedorf to leave.

Seedorf had said he was happy to continue and felt his squad had shown promising signs.

The former Real Madrid and AC Milan player signed a four-year deal to take charge of the Indomitable Lions in August 2018.

But a statement confirmed that “following the premature exit of Cameroon’s men’s flagship squad, Cameroon’s football federation in line with clauses in their respective contracts has decided to bring an end to the contracts of Seedorf and Kluivert”.

Seedorf and Kluivert were given the task of retaining the Africa Cup of Nations – which was originally intended to be held in Cameroon – and set the target of reaching the 2021 edition of the tournament and the 2022 World Cup in Qatar.

The long-term contracts also stipulated the pair must live in the country and provide support to the other national teams.

President of Cameroon’s Football Federation (FECAFOOT) Seidou Mbombo Njoya justified the sacking of Seedorf, insisting that the government had done its part to ensure the team was ready to defend it’s title in Egypt.

“The state ensured that the Lions had a proper build up to competition with training camps in Spain, Qatar and in Yaounde,” he pointed out.

“The Indomitable Lions had prepared in great conditions and everything was put together for a great performance in Egypt.

“All of the players received approximately 32 million franc CFA (almost US$55,000) each for their participation in the AFCON and the government has already paid Seedorf’s salary from August 2018 to August 2019.”

Sports Minister Mouelle Kombi is now looking to the future as the nation prepares to host the 2021 Nations Cup.

“This should mark the start of a new era for our national football team,” he said.

“With the sort of rich football pedigree Cameroon has, the men’s football team has to return to winning ways.

“We need to renew the team’s technical staff and perhaps rethink the basis on which the team operates now.

“We are working on drafting up an ethics charter. This blueprint will stipulate how players of all national teams have to behave when representing the country.”