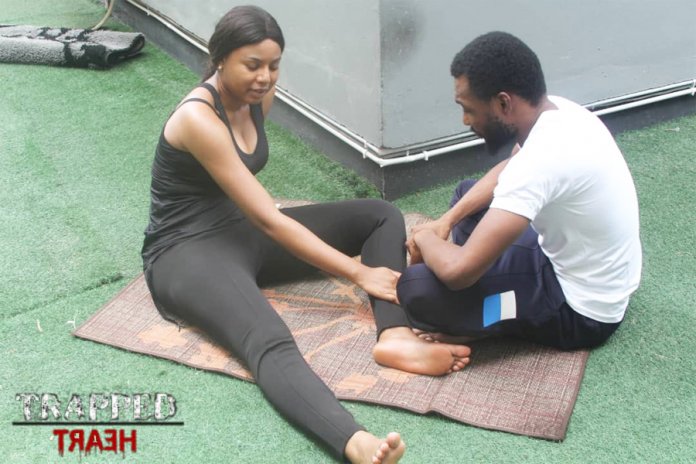 Endy Ojo-Abbas, film producer and director, has wrapped up production of her new movie, Trapped Heart.

Before her debut as a director, Endy attended the prestigious New York Film Academy to sharpen her theatrical skills. She is bringing her experience to bear as part of efforts at promoting professionalism in Nollywood, a step some other practitioners have also taken, leading to a surge in quality of Nollywood films.

Endy carved a niche for herself in the industry as a producer with works including The Green Eyed, Mama Osaro Goes Kinky (wahala mama), Godly Mothers, The Aggregator and a short film, Implicit.

Since she made her debut as a producer, Endy’s filmography has remained consistent with romantic comedy movies offering fresh perspective to issues that affect everyday lives. Her cast list is remarkable. She takes her time to select actors who can bring life to a script, making a make-believe fiction seem real and leaving the audience with a mindboggling experience.

Trapped Heart, which she also produced, is an intriguing love story that narrates the dilemma of Emily who finds herself at crossroads between her husband’s and another’s love. She must choose between what she needs as a woman and her vow as a wife. Trapped Heart takes viewers down the path of Emily’s decision.

“Trapped Heart has a captivating and catchy story line. It’s what young couples can relate with to save their marriage/relationships,” Endy said.