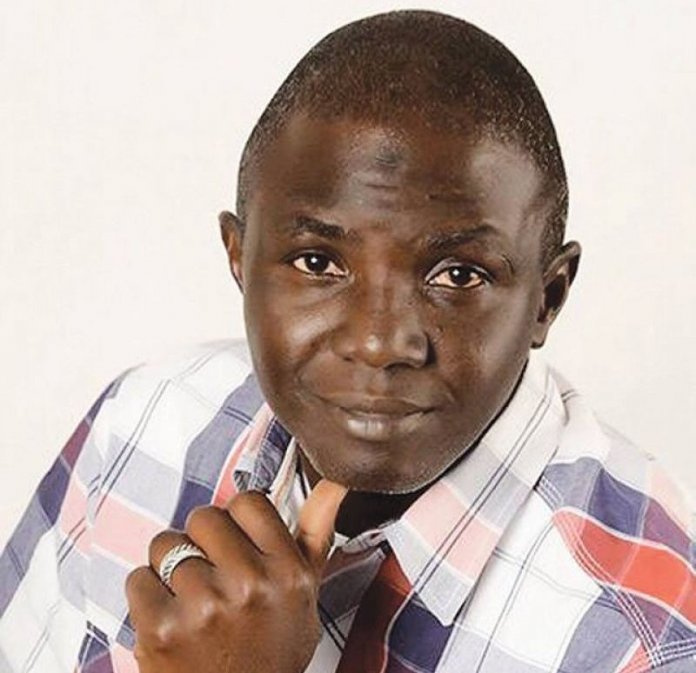 It has been five years since what started as an experiment international tournaments in Abuja with over 40 African and other foreign players hitting the courts of the Abuja Stadium. Each year the foreigners spend at least three weeks in Nigeria competing for the much-needed points that could take them to greater heights in the game of tennis. It was exciting speaking with Edmond Ajoge who took time out to go down memory lane and the joy of having a stadium ‘homeboy’ compete and take on a much-established European players to three sets for points before bowing out gallantly. Stanley Nkwazema brings excerpts

How is the journey so far?

This is the 5th edition and the journey has been very interesting. Of course, it’s been one challenge or the other but so far so good it’s been good and nice. I have said it, every opportunity I have had, I actually got into this because of the fact that I saw a tournament in Abuja that I felt was not properly organised. It was a local championship. And I felt the standard wasn’t good enough, that we could do better than that. That was how I got involved in it and we have done our bit in the last five years to showcase how good we are as a people. How things could be done properly in a country like ours and the kind of support and encouragement we have had from all the players I have been visiting is always very encouraging and so far, so good we have achieved our aims.

First it was Tombim, then Dayak and now GSL is in its third edition, are we moving forward?

It is such an amazing experience I won’t lie to you because when I started five years ago, I was not even sure we were going to come this far. We thank God this is the 5th edition, this year Dayak will be having the 4th edition too and GSL the 3rd edition. That shows there’s been consistency and quite a few people are talking to us too that they want to do theirs. The support and encouragement from friends and tennis lovers have been very encouraging and high and that’s one of the reasons why we have had successful tournaments in the last five years. We have lots of volunteers that are our friends and some of them are our well-wishers. They all come around and give their little support here and there which makes the tournament according to the players, their parents and some of the coaches as one of the best tournaments in the circuit.

Attitude of local players; they lack discipline but the motivation is there they don’t want to cash in on the support they’ve been getting from people who are tennis enthusiasts and even people from outside the tennis environment. Does it not sadden you that we have not gotten anyone who has reached the finals after all these years we’ve been hosting this competition in Abuja with all the encouragement and with all the facilities we have turned around.

Let’s be frank here. The truth is, as a human being you can’t have it rosy in every facet of your life. Like you know because you are a tennis player too, we have done our bit. We brought the tournament here for Nigerian players to have opportunities to earn themselves points. Some of them took advantage of it. Most of them are not doing that. But inasmuch as we are not happy with their attitude, we won’t stop doing what we are doing because we know a lot of people are benefitting, good tennis for people to watch, it helps our people to relax and it makes the younger ones look up to some people and feel that okay, maybe, someday I could be this good. I could get as far as these guys in ATP tennis.

But you see there is one particular thing that happened this year that has been a good thing. Something we can all celebrate. Five years ago, when we started one of our ball boys then Musa Mohammed played this year, so far, that has the best match of the championship. By the best I mean a match that was very tough. It had every spectator in the stadium abandon all the other matches including the foreign players were all glued to the match being played by Musa. The support Musa had was because he’s one of the indigenes of the stadium. What I mean by indigene of the stadium is that this guy may not have been born in the stadium but has lived all his life in the stadium. So, for one of us to get as far as that is something worth celebrating. He got a wild card and made very good use of it. Thirdly, we are hoping and praying that I will give him more opportunities to exhibit his skills and all. All the officials were glued to his match. That goes to show you how interesting that match was even though he lost at the end of the day but he gave a very good fight. It was not a straights loss as they played the third set before he bowed out.

How about turning around dilapidated and abandoned facilities?

Outside the players and the investment on the coaches and officiating officials, we have turned around the courts and every year before the tournament started to commit a lot towards making it one of the best courts we can think about, to meet at least the required standard for this kind of courts. We are of the opinion that government should not be part of sports. Individuals and corporate organisations should take over sports and run it the way its run everywhere else in the world. We have not been getting the kind of support we are expecting but as far as I am concerned every single year we try to invite one or two government persons here and a few of them that have been here were actually encouraged and full of praises and they appreciate the fact that we are giving our country a very good name because every single player that has been here has always had something good to say about Nigeria. Which is something we are very proud of because it’s always very sad and heartbreaking when you go anywhere else in the world and you hear them talk about Nigeria. We are all Nigerians and there is nothing we can do about that. This is our own little quota to change the wrong impressions they have about our country and we have been doing that and doing it well. Yes, the few government persons that have been here have as far as we are concerned, supported us and are supporting us.

What are you doing about changing the face of officiating?

I think it is the case of changing the way we do things because as they usually say if you are doing something in a particular way and getting a particular result and you keep doing it you will always get the same result. But if you want to change it you have to do it differently so that you can get a different result. We have done what they were doing in officiating for so long and we were not getting the right results, so we sat and agreed that we should get more educated people, more people that are doing well in their chosen careers, we should get them into officiating and see how it works. And I think it was a very good decision that we took by bringing in these people, we have a Group Captain in the Nigerian Airforce as one of the officials, We have a PhD holder, we have captains of industry, we have all manner of people now officiating and that is why everything is changing. People are more confident; they are not looking at the money anymore they are just looking at adding value to what is being done and to me that is the ultimate and that’s why we have the caliber of officials we have now. Going forward they have seen the advantage of this and I am sure they are going to do more of that by getting people that are educated into officiating in Nigeria and the same thing we are trying to push into coaching.

We have been talking about it when opportunities come now and they have to train coaches we are thinking they should look at people who have gone to school, graduates preferably so that it is easy for them to learn and know the rules of the game, adapt to the dynamics because when you have people who are not educated as coaches, they find it very difficult to understand what the rules are saying and unfortunately for all of us, the rules change every day. So, you need people who are up there so that when the rules are changing, they can always change too and get to know what the new styles are so that they can impart that knowledge in their players. But like they say, Rome was not built in a day. We will keep trying and hopefully we’ll get there someday

Are you tired of what you are doing?