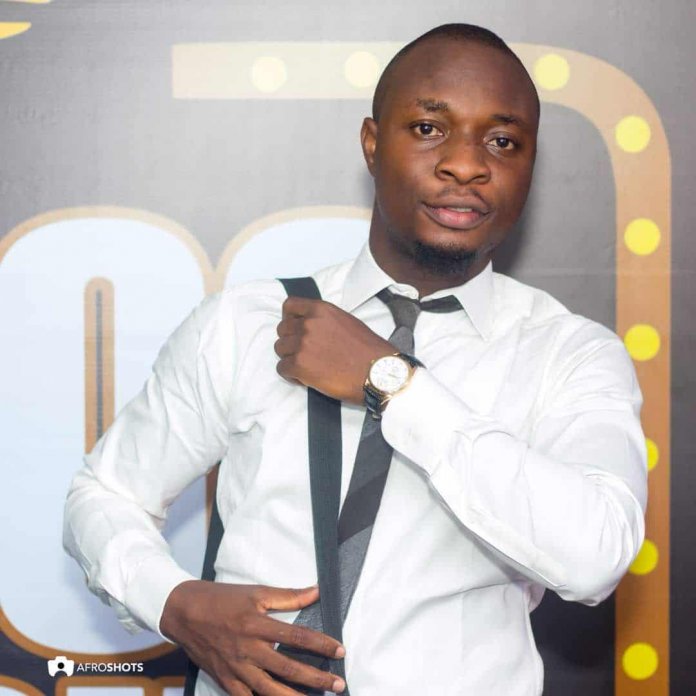 Sani Michael, popularly known as Mc Lively, is one of Nigeria’s distinctive comedy brands. He has created a niche for himself with his very comic skits that address current issues in the country. His social media platforms have been a takeoff point for his works, which have been heavily celebrated. Mc Lively talks to Tosin Clegg about how he started, studying Law, becoming a renowned comedian and much more

Growing up in Ile Ife

I grew up in Ile Ife, Osun State, and it was a family of seven, five kids and our parents. I had my primary and secondary school education in Ife. I was a very stubborn child, there was even a time my mother used a razor blade to cut my body and rubbed pepper on the wounds. I got that punishment because my brother and I left our youngest sibling, who was a baby unattended to, after our mum had left him in our care. Unfortunately for my mum, the more beatings she gave me, the worse I became. My mum beat me so much; I thought I was an adopted child. I sat her down one day and asked her if she was actually the woman who gave birth to me.  Amongst my siblings, I was the only one who attended a public school; I used to feel bad so I asked my mum why it was like that. Her reason was that it was going to be too expensive to put me in a private school.

Why I studied Law

In year 2007, I wrote JAMB and failed woefully and I picked English then, because I just wanted to study. I didn’t know what it was like but I just wanted to go to school, but I failed. In the second year, I failed and it was after the second failure that I sat down and thought of what I wanted to do with my life and it was then I realised that my talent revolved around talking and that whatever I studied had to revolve around talking. I decided to study Law, because I wanted to get more exposure and meet more people, as I wanted to speak more and put my talent to test. I didn’t choose Law because I wanted to be a Lawyer, I just choose Law because I wanted some exposure. As a kid I didn’t have dreams to be a Lawyer, as I wanted to be a broadcaster; I used to watch Cyril Stober a lot and I wanted to be like him and when radio came along I started listening to Splash FM and I just knew I wanted to be on radio. Next, it was acting, and I thought I wanted to act, but it was while growing up I realised that all my dreams were in one direction and that’s me speaking for a living. Since I couldn’t do Mass Communication, the closest thing for me was Law and I wasn’t going to do Theater Arts, as I didn’t have passion for it.

How comedy started for me

It started in my early years when I used to watch comedy tapes such as Night of a Thousand Laughs way back in 2004 and I loved what everybody was doing in those clips, but I didn’t think I was good enough to do what they did, especially standup comedy. I loved watching them but I didn’t know how to link it to me; it was very confusing growing up. However, when I got to OAU I started MCing occasionally, and I was doing free events just so I could brush up my talent and that was going well. When I was in 500 Level, I tried to do standup comedy and that didn’t go well at all. It was almost an untimely death to my career before it started. When I was done with university, I went for the compulsory Law school programme.

There, I decided that I had to show the talent that I had or forever remain silent. It was during that one year period that I eventually worked on my craft. I found every opportunity to make people laugh, as it was a do or die affair, as it was dawning on me that I didn’t want to practise Law and that if I practiced law, it wouldn’t really favour me. I looked at myself and asked what I’d like to do at 50 and the answer wasn’t close to law at all. So, I knew I had to figure it out myself and that was when I became really disturbed, and from then I started doing comedy skits on Instagram, and luckily for me, they went viral and I turned it into a craft.

It wasn’t so difficult putting Law aside for comedy and that’s because I never wanted to be a Lawyer in the first instance. In fact, I chose comedy despite the fact that I could practice Law, and it wasn’t too much of a big deal for me.

Coming up with contents was challenging at the beginning

Sticking to very legitimate funny content was the first real challenge I had and, of course, growing my followership as it wasn’t growing in the beginning. The real growth happened in 2018 when it picked up.

How I came up about my name

It all happened in my 100 Level in OAU when hostel blocks come together, during power supply outage, to insult ourselves to kill boredom. I was the champion of my hostel Block B and I was the one who was always disturbing everybody. So, my bunk mate then came to me and said ‘you are too lively and always disturbing’. That’s how I got the name and when I started MCing I just put MC and Lively together and that’s how the name came about.

My style of comedy is observational

I started with rants and after about a year, I moved to the Barrister Mike character as the guy who poke-noses and disturbs on the street. I modelled my style of comedy around the average Nigerian male that had gone to school, finished but hasn’t been able to get his feet on the ground. So, my style is observational and I do a lot of other styles, as I haven’t been able to show them yet, but in the coming months and years, people will get to see more of that. Anger is the special vibe I bring to my acts and there is this anger that I have that people like to see. People walk up to me on the road and try to get me angry so that they would laugh. But, ultimately, my inspiration is God and after God my other inspiration is my mum whose attributes reflect in my style of comedy, as she is an angry person. She is a vibe and if you are looking for vibes it’s her, as she has it a lot. And Nigeria is also a vibe, as I like to do things about what’s happening in Nigeria.

The highest level of performance I feel is when I perform on stage, and I get to make people happy. It makes me very very happy when I make people laugh. The camera doesn’t give me as much joy as performing on stage.

The fact that I’m having this interview in Saturday THISDAY Newspaper alone is a major achievement and I grew up reading newspapers and having to be on one is a major achievement for me. And the fact that I have been able to carry my career to this point, and the fact that I go to places and people tell me they like what I do. So, these are the things I regard as achievements, but I’m not close to being done. When I started the craft, I set out goals for myself as I planned five and 10 years goals, but I’m still pushing. We are not there, but I have quite a number of achievements and I’m happy about that.

If one is good at what he does, just as I am, then you don’t have to worry. The only reason I chose comedy was because when I become 50, I would still do comedy. So, when I’m 50 years, I will still be doing comedy and for as long as I’m alive and I have God. By the way, I’m not doing comedy to pay the bills; because that’s the problem we have in Nigeria. Most people do it to pay bills and not because they love it. But when you are doing something you love and you are excellent at it then you won’t have a problem. 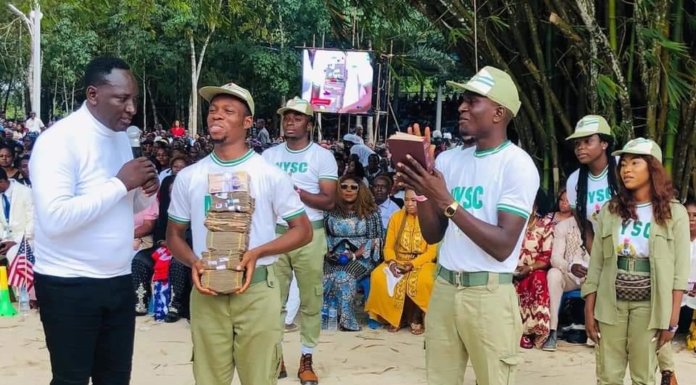