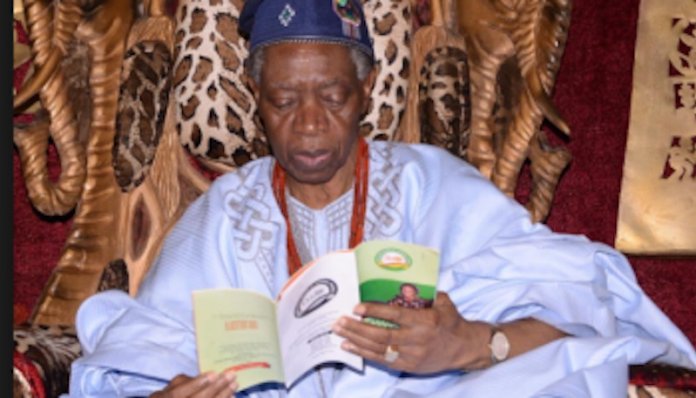 The Traditional Prime Minister and Head of Kingmakers of Owo Kingdom in Ondo State, Oba Koforola Oladoyinbo, yesterday declared opened the contest to fill the vacant post of the king of the ancient town.

Oladoyinbo, who is the Ojomoluda of Ijebu Owo, declared opened the contest for the stool during a press briefing in his palace at Ijebu Owo.

The selection process for the installation of a new monarch for the ancient town began following the end of rites for the late monarch, Oba Folagbade Olateru-Olagbegi, who died on April 17, 2019.

The head of the kingmakers emphasised that only those from the Elewuokun family can aspire to occupy the throne.

Ojomo Luda also warned those who might want to interfere with the selection process to be very careful because those saddled with the responsibilities of selection are very experienced and incorruptible high chiefs.

The traditional prime minister said the process would be handled in line with their custom and tradition.

According to him, “The process of selecting another Prince to wear the crown that Olowo Folagbade left behind is about to commence. The process, we pray, will be peaceful, enjoyable and interesting in accordance with the age long peaceful disposition of the people of this ancient town of the Yoruba people.

“Contrary to the diverse views canvassed by people, both informed and uninformed, on the pages of newspapers and social and electronic media, our process is simple, clearly defined and not opened to manipulation by any individual or group of individuals. It is not a political issue, and it’s being handled by experienced, responsible and incorruptible members of the Ogho Royal family. “The Elewuokun Family remains the umbrella body from which an Olowo will emerge, and any other opinions or conjecture remain those of whosoever is advocating them and are of no effect.

“We are bound by the extant Declaration and Laws of Ondo State. We shall also seek the assistance of our spiritual fathers in accordance with normal practice.”

The monarch, who is also the head of the Council of Senior Omo-Olowos, stated that the prescribed form for those vying for the position is already on sale at N25,000 as against the rumoured price of N500,000.

He hinted that the Prince that would emerge Olowo must be someone who is in tune with the culture of the ancient town and would be able to continue from the remarkable spot where the late Olowo stopped.

“The contest is opened to all qualified and interested Princes of the Elewuokun family, and they are advised to pick up the prescribed form from the Secretariat of the Agba Omo-Olowos located at the Aafin Olowo.

“We have made the cost affordable at a modest fee of N25, 000 only so as to provide a level playing ground for all the princes,” he said.