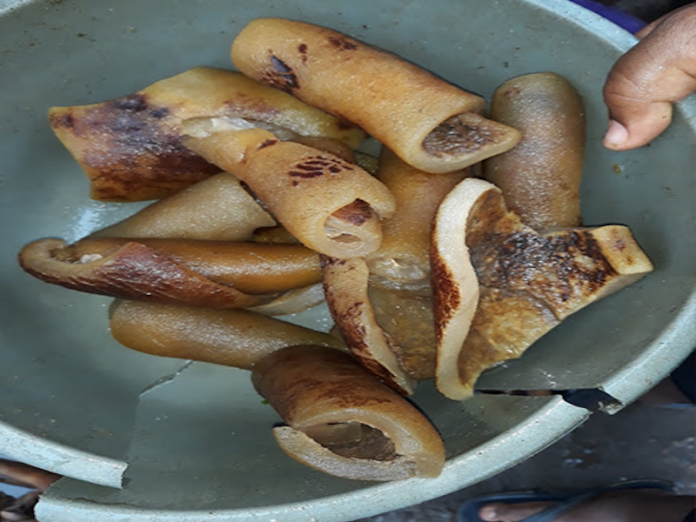 The Lagos State Government has set up a monitoring and investigative committee to unravel the source of poisonous cow skin, popularly called pomo, and dislodge illegal abattoirs, where the products are produced and processed in the state.

The state government has also asked the federal government and its agencies in charge of border control and immigration to step up activities to prevent the importation of such poisonous foods and products into the country.

The Commissioner for Agriculture, Mr. Oluwatoyin Suarau, disclosed the move in a statement he issued yesterday.

According to the statement, the ministry’s Permanent Secretary, Dr. Olayiwole Onasanya, will head the monitoring and investigative committee.

The State Taskforce on Environmental and Special Offences Enforcement Unit had seized 30 tonnes of cow skin presumed to be poisonous and unhealthy for human consumption at a skin hide processing factory located at College Road, Igando.

The taskforce had also arrested six persons connected with the poisonous cow skins in the raid.

According to the commissioner, the suspects “are now in police custody helping with ongoing investigation and will be prosecuted in accordance with the law.”

He explained that the committee would work with relevant government agencies to fish out any other illegal cow skin processing factory and illegal abattoir whose activities poses grave threat to human health.

He, therefore, appealed “to relevant federal government agencies in charge of border patrol to step up activities to prevent entry of the poisonous foods and foods product into the country.

“We will not relent on our oars. We will also ensure that only hygienic meat and meat products are available in our abattoirs and market across the state for human consumption,” Suarau said.

The commissioner, equally, warned operators of illegal abattoirs and cow skin processing outlets “to desist from their criminal activities or risk facing the full weight of the law.”

He urged Lagos residents “to be vigilant and report any suspected activities and sales of unwholesome foods and food products to the nearest local government office or the Ministry of Agriculture.”

He, also, advised the residents against purchase and consumption of foods which sources are doubtful or perceived to be harmful to human health and wellbeing.

He noted that the zero tolerance against distribution of unwholesome foods and all forms of food poisoning in the state was still in full force, saying the state government was committed to food security.

He said the government “will always do the needful to ensure that only wholesome and healthy foods are available for consumption in the Lagos State. It is necessary and we will always monitor the whole process of food handling and distribution until it gets to the final consumers.”

He explained the special operation which led to the arrest of operators of the factory, disclosing that it was based on a tip off by concerned citizens, who suspected activities in the factory where harmful smoke and stench ooze out from during the processing and preservation.

The commissioner, also, explained that the activity of the illegal cow skin processing factory poses health and environmental hazard to the public and to the processors themselves.

He said bonfire made with Jamaica rubber, which was confiscated, in the processing of the cow skin emits a thick toxin smoke which spread within the complex and adjoining neighbourhood.

He added that the smoke and the unhygienic way of processing the cow skin “is harmful to human health. The factory and activities of the cow skin processors constitute a health risk not only to processors but residents of adjoining communities.

“The health effect of burning rubber alone are enormous let alone it use to process human food besides the source of the animal hides used for the cow skin needs to be ascertained to be sure it is fit for human consumption,” he said.