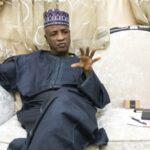 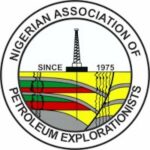 The strength of every nation as always lies on the quality of its youths. But like a give and take phenomenon, a country can only get from her youths what she had deposited in them. Hence, many are of the opinion that it is high time Nigerian youths begin to attain towards personal development, which in future would translate into national growth.

Against this backdrop, the Prince Harrison Foundation, under the leadership of the Chairman Board of Directors, Prince Harrison Ehime, and the foundation’s Executive Director, Gabriel Benjamin, pioneered the Edo Youth Lead Summit.

The summit which was graced by the Vice President, Prof. Yemi Osinbajo; the Governor of Edo State, Godwin Obaseki; Minister of state, Petroleum Resources, Dr. Ibe Kachukwu, amongst others, was an avenue for youths to have an interface with the present leaders of the country, with a view to inspire them to make a difference wherever they may find themselves.

In his welcome address, the executive director of the foundation commended the chairman for birthing such a laudable imitative and for providing such an incredible platform for youths to share their thoughts, dreams, visions, passions and aspirations with each other.

According to Benjamin, “Imagine a strategic path to equipping visionary leaders, believes that the youths have the ability to dream, the capacity to achieve the impossible, and the boundless energy to put their positive dreams and plans into tangible actions. Although the prospect of opposing the successful emergence of youths as leaders will grow stronger, there is the urgent need for them to put on the breast shield of resilience and stride on, firmly undaunted.”

He thereafter admonished the participants to fasten their seat belts as EDYLeadS’19 takes their character, competence and capacity on a voyage of dramatic leadership shift.

In his remarks, Ehimiyen advised the youths on the importance of perseverance and being true to one’s self. On leadership and networking, he said, “people are more disposed to fund your vision than fund you as an individual. You are five persons away from that major person you need, that will help you actualise every of your dreams. Hence, networking is key.

“Until you become comfortable with working with people who possess gifts you don’t, you may not go far. Because, you can’t access most mentors you want at this stage of your life, that’s why they have books, websites, podcast and autobiographies- read them”.

Speaking at the event, Osinbajo harped on the ethos of hard work, trust and character. He stressed on how best young people can equip themselves in changing the narratives and meeting the needs of their generation.

According to him, “no matter how rich, talented, well-connected, or your status or the wealth of your parents, poor, or spiritual you are, the difference between failure and success is character, hard work and diligence, which are all you need to achieve success in life. Even thieves look for trustworthy thieves to work with. If you do what you do, the best way you can; diligently, you would always be recommended for something better.”

Also speaking, Obaseki called on the youths to to be more productive and take charge in defining a new narrative for development through the use of technology as provided for in the Edo Innovation Hub, which houses the South-south Innovation Hub.

Kachukwu on the other hand charged youths to work with people with vision; which according to him, “when you see men with vision support them. There are some people you work with that will kill your dreams, and there are others who even when you don’t have a dream, they help you dream”.

Vice Chancellor, Ambrose Alli University, Ekpoma, Prof. Onimawo Ignatius, advised the youths on the importance of trusting the process and having a clear vision. After using his own ordeals; as one who couldn’t afford to pay for fees, was rejected because he couldn’t speak English and ended up a bricklayer at a young age, as an example, he concluded that “today, I am a vice chancellor of the best university in Nigeria because of my determination, clarity of vision and the God factor”.

CEO, The Made Man Foundation, USA. Dr. Ky Dele, started off by stating how germane self-love amidst racism, tribalism or difference in belief or class (being a victim of such) was. Pointing out just the bad side of a thing wasn’t the best approach towards leadership but also commending the good deeds, as this would make the people more open minded to work with.

Managing Director, Aliensmedia Communications and Founder, #ENDSARS now movement on twitter, Mr. Segun Awosanya, exposed participants to the gimmicks of the government and the importance of education and networking.

On the power of youth’s convergence, he said: “About 70 per cent of our 200 million Nigerians are youths of 18-35 and that’s a very vocal voice”. On leadership he said: “You subconsciously fertilised your mum’s egg and now you’re consciously feeling like a failure, get up. Education is not to get a job, but to make impart, because no matter how much you make for your company or how hard you work, you’d be paid the same salary at the end of the month. Government is built on control of beliefs/group minds (media), control of finance/inflation/money (banks), and monopoly of violence (police, army) and they try as much as possible to control you with these arms, but until we start to question these platforms, we would never really know what they are up to”.

Executive Secretary, Nigerian Content Development and Monitoring Board, Engr. Simbi Wabote, while addressing participants said, “To be a better leader, if you don’t have self believe and self-worth, you are dead on arrival”.

Managing Director, SPDC, Dr. Osagie Okunbor, enlightened the youth on the various attributes of a leader while placing his emphasis on trust being the bedrock of leadership. According to him, “No matter what leadership quality you possess, if people don’t trust you, you can’t influence them and ultimately can’t make impact”. Speaking on multitasking, he said, “If as a leader, and one facet of your life flourishes and others suffer, you’re a failure”.

The event was described as a life changing one by the now enlightened participants of the summit, as they took to various social media platforms to share knowledge and ideas as received, amidst gratitude to the organisers.