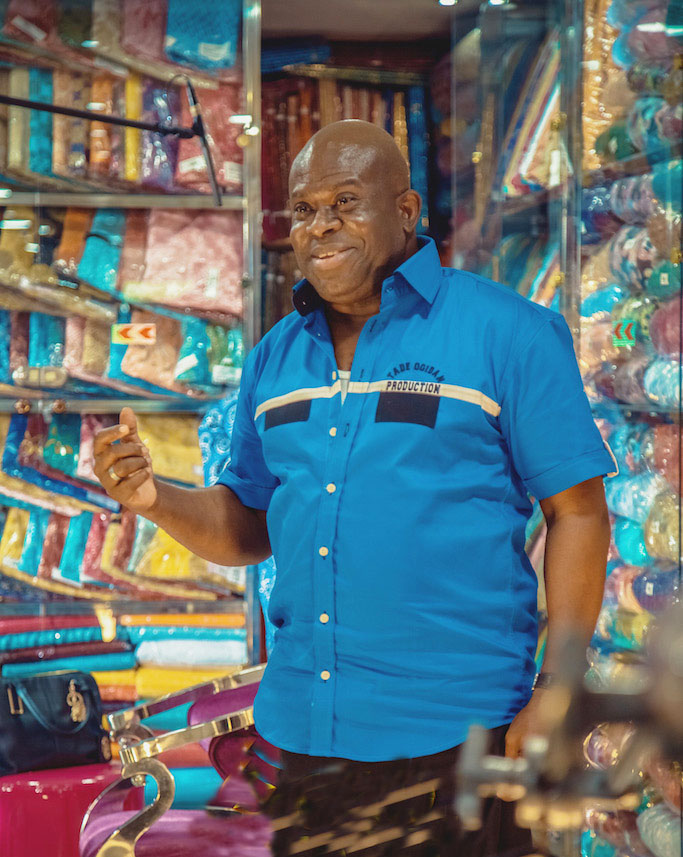 With a winning formula that is often synonymous with his established tradition of film production, veteran filmmaker, Tade Ogidan, is set for the release of his highly anticipated movie, ‘Gold Statue’, writes Ferdinand Ekechukwu

Just wait for it! Fans of veteran filmmaker, Tade Ogidan may wait no longer this year for his upcoming movie, ‘Gold Statue’. The star-studded movie which was first announced in 2017, shortly after shooting commenced is completely set for release. The movie was written and directed by  Tade Ogidan and as always, with a winning formula. Little wonder it has been described as one of the most highly anticipated movies by the producers, featuring galaxy of stars, that only the movie practitioner who has over the years proven to be a master at what he does, can bring together.

The well-respected filmmaker, during a phone conversation with THISDAY said the project was on its post-production stage with the publicity design fully drawn and properly structured to commence not later than May 2019. “I would not want to give out much outside of the publicity plans which the production and publicity team have drawn. But I can confirm that the movie is ready. It would be released not later than May.”

The movie is one of its kinds in recent times such that attracted wild excitement among movie buffs owing to the director/producer’s antecedent in television and movie productions.

Gold Statue is a comedy-drama that follows the adventure of two young men, Wale (Gabriel Afolayan) and Chike (Kunle Remi) in search of a ‘Gold Statue’ believed to have been a deity inherited by their generation. In trying to locate where the supposed ‘Gold Statue’ is located, they go through a series of unimaginable ordeal and put themselves through some ridiculous painful situations that leave their parents shocked.

The question left remains, was there really a ‘Gold Statue’ or is it a myth? As widely noted, the movie will be Ogidan’s second collaboration with RMD and Sola Sobowale, who starred in the 1998 classic, Diamond Ring. And is said, a collaborative effort between OGD Pictures, Solution Media and InfoTech Limited. Solution Media and Infotech Limited is a hi-tech multimedia company operating in Africa and the Middle East and provides full audio-visual media for entertainment and event support companies.

Ogidan has produced memorable movies that stand out in terms of storyline, cinematography and quality, which is expected to come to bear on Gold Statue.

Gold Statue in some quarters is believed to be Ogidan’s first production for the new cinema era. Be that as it may, Ogidan could be acknowledged as the harbinger of the new cinema era itself with his 2004 movie, Dangerous Twins which got positive reviews from critics and contemporary Nollywood aficionados. A throwback in time of the said ‘Dangerous Twins’ revealed state-of-the-art equipment which only OGD Pictures can boast of at that time.

To some of his followers, it seems a comeback eight years after he produced his last feature film, Family Fire. But for the prolific filmmaker, ‘the rejuvenation of the cinema culture as well as the availability of good technical skills and infrastructure’ spurred him when asked at the height of the movie announcement why he was making a comeback into the scene. Noteworthy, he has been celebrated for being prolific, but for the quality of his movies which have all remained a reference point.

Filmed in four various locations including Lagos, Ilesha, Dubai and London, there had been plans to premiere the movie in major film festivals across the globe as well as private premieres in Nigeria. Ogidan described it as an adventure comedy he had been piecing together for a while. And every time he got close to getting it done, he was held back.

“We need to build things well. In order to achieve perfection, we have brought together a couple of co-producers on this project including Alibaba, Simi Opeoluwa, Sola Sobowale among others.  It’s an assemblage of producers with a lot of experience. That gives me room to concentrate as the director. Of course, it’s a very technical story. Expect a bit of prison stuff in it and you will be amazed at the research that has gone into this production.”

He had added while responding to questions on why he stayed off the scene a little while. “The primary location for the filming was Hi-Impact Planet Amusement Park, which is owned by Solution Media, a company he considers, as having perhaps one of the craziest equipment anyone can find around. The production equipment for the movie is exactly the same as have been used for recent blockbuster Hollywood movies.”

For him, the production of quality film requires lots of funding, research, time and production equipment and the partnership with Solution Media answer these questions, saying, “That is why we are embarking on Gold Statue.” With a career in television and movie productions spanning close to four decades, Ogidan has since written, produced and directed hit movie projects, most of which are multiple award-winning in and outside Nigeria.