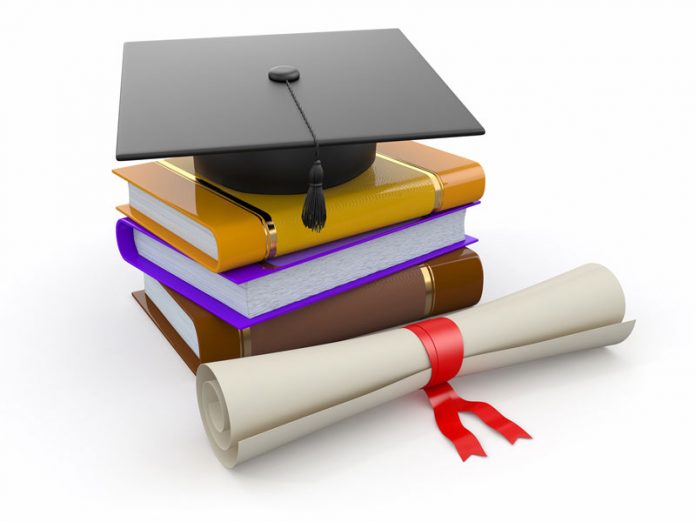 The greatest icon ever produced by the black continent, Nelson Mandela, once said that education is the greatest tool by which we can change the world. As a matter of fact, this statement was re-emphasised in my alma mater’s (University of Ibadan) anthem that a mind that knows is a mind that is free.

It is however very disturbing that in this part of the world, education seems to have been relegated to the background with such insignificant allocations to the sector by governments in the sub-Saharan region. I sometimes ask God why he watches Africa going backward at the speed of light. No economic cooperation, no security harmonisation, moral uprightness is dumped at the Golgotha, no voice among committee of nations, growth and development seem like a taboo to those in positions of authority. When I became a full-grown man and had the opportunity to travel the world, I came to terms with the fact that I had been asking God a wrong question.

He created every man and nation equal with greatness and growth opportunities, he hid these treasures of the earth behind knowledge in pages of the book and gave men the liberty to seek and find them for their terrestrial consumption. No wonder the holy book says that the glory of God is to conceal a secret, but the glory of man is to find it out (Proverbs 25:2). What God simply meant here is the relevance of education in the advancement of humanity. But leaders and policy makers in the black world have remained adamantly oblivious of this fact which informs their glorification of mediocracy and placing of emphasis on paper certifications even when it is obvious that such are forged.

When would the desolate villages of Africa torn apart wake up to the dawn of a new day? When shall Ricardian equivalence which emphasizes generational equity take pre-eminence in the heart of African gladiators? When will Africa’s ability be relevant to the realities of the contemporary world? The questions are endless and the answers not far-fetched from the fact that we need to go back to where we failed to succeed. This calls for lifting the role of education high at the centre stage of every endeavour of life.

My grandma before she died, once told me that the greatest wrong you can do to your offspring and generation is marrying a wrong wife, but educational maturity and my romance with the civil society has changed my notion of that school of thought and I have come to realise that illiteracy and reading apathy are sorts of deadly and grave sins humanity can ever commit. It naturally sets men and nations backward among their equals; it retards national growth and development and reduces a state to a failed status. Where did we get it wrong as a continent? The British and other colonial masters left their respective African colonies with a structure built on an educational pedestal which in the case of Nigeria, past leaders such as Obafemi Awolowo, Kwame Nkruma of Ghana, Julius Nyeyere of Tanzania tried to maintain in their days. These set of nationalists declared free education, donated educational materials and made education a public good in their dreams to make Africa stand tall among her equals in the international community. Then things began to fall apart when individual interests began to override common and national interests. At that point, a crop of leaders who first of all saw what was in it for them before seeing what was in it for their nations began to spring up, brothers began to spill each other’s blood to ascend positions of authority, in order to milk and drill the national honey pot into their family reserves. This led to wide income gap and the enthronement of inequality which in turn gave rise to the dichotomization of societies into the rich and the poor cadres with conspicuous absence of even a middle class.

The bourgeoises who were now the gladiators at every helm of national affairs with their Napoleonic style of leadership ensured that education became a private good with its characteristic excludability and rivalry, placing it above the affordability of the poor and downtrodden of our society. This was a calculated attempt to make quality education available for only their children and those of their oligarchic cabals such that national affairs became an inheritance of their offspring when they were no more. Their deeds have notoriously fed our national lives with mediocracy and the resultant effects are telling on our generation and the ones unborn.

The solution now lies in us. This is our time and the dawn of a new era where youths need to take the bull by the horn and possess the land. As products of the digital age, let’s launch a digital revolution that would eliminate the analog generation out of our system. Let us think sustainability that is rooted in education. The way forward is to support Education for Sustainable Development (ESD).

I recommend and call on governments of Africa nations, stakeholders and policy makers in the educational sector across Africa to change educational system in this part of the world by incorporating Education for Sustainable Development (ESD) into schools’ curriculum. This will place us on the same pedestal with the advanced world and shine a light of hope on our outdated and archaic system.

Young people should also take little steps to change the narrative and achieve goals. Waiting for our leaders to take action may only bring disappointment. The youths should form reading clubs in their localities, organise educational debates for young people, pick a child in their streets and mentor him/her academically (build a man, build the community), carry out a campaign on EDS which ensures brighter future for our generation and the ones after us. Read, become a leader and let us change our world. Education is the key. Remember, a mind that knows is a mind that is free.

Aiwone is a UNESCO Youth Leader on Education for Sustainable Development