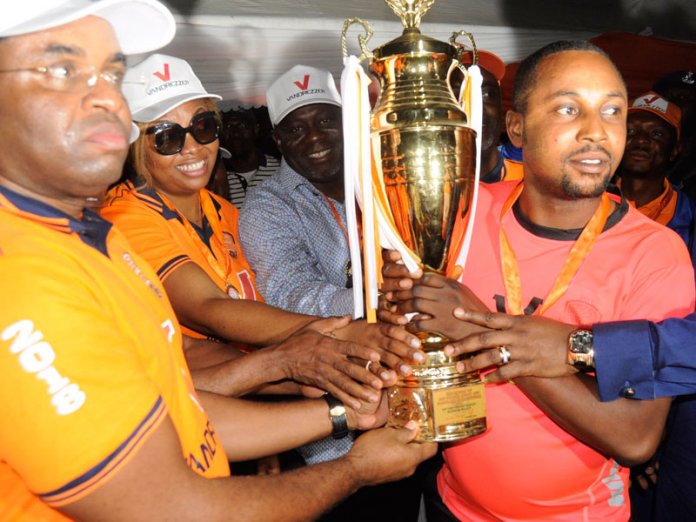 The prospect of Akwa Ibom State becoming a major football hub in the country received a boost at the recently concluded 3rd Joe Udofia Unity Cup Football Tournament on Wednesday.

The month-long grassroots football tournament for teams in Use Abat Clan, Ibiono Ibom Local Government Area of Akwa Ibom State funded by a foremost philanthropist in the area and Chief Executive of Vandrezzer Energy Services Limited, Joe Udofia came to a close on Wednesday at the Use Abat Primary School football pitch.

The tournament which began as a talent hunting show piece three years ago with eight participating teams from the nearby communities, this year had an increased participation from 8 to 15 teams gunning for the ultimate N2m prize money.

In the final match, which featured the best of soccer team from Inyang Isong community defeated last year’s champions, Ikot Obio Okon 4-1 on penalties after a goalless 90 minutes of play.

Speaking at the trophy and award presentation session, the tournament financier, Joe Udofia expressed gratitude to God for the ability to give back to the society especially his immediate community and pledged to extend the frontiers of philanthropy beyond grassroots football development.

He disclosed that the tournament has initiated a working partnership with the Kanu Nwankwo Football Academy for the purpose of channeling talents discovered at the competition to greater heights while adding that four players have already been penciled down by Kanu Nwankwo himself for take off.

Also speaking, a member of the State Executive Council and former Finance Commissioner, Akan Okon commended the sponsor of the tournament for his positive attitude while appealing to more private individuals to emulate him.

He commended the organizers and players for the high standard exhibited.

In his speech, Senator Bassey Albert described Joe Udofia as a man of unlimited benevolence who has broken the records in the state in terms of grassroots intervention and human empowerment citing his numerous good works such as rural electrification and other life enhancing ventures to the people.

The encounter was beamed live on Kanu TV, Comfort FM, Uyo and other media channels to a record international audience.

The occasion was also graced by Nollywood diva and Special Assistant to the Akwa Ibom State Governor on Entertainment Ini Edo; stakeholders in sports across the country; lawmakers; top government functionaries and lovers of football across the state.