APC Govs, NWC Fail to Agree on Campaign Kick off Date 4 hours ago

News in Photographs: Buhari Presides over FEC Meeting 11 hours ago 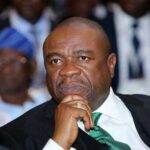 The United Nations Children’s Fund (UNICEF) Monday said the inability of the Katsina State government to support routine immunisation through budgetary allocation has hampered the organisation’s efforts at eradicating polio in the state.

This is even as UNICEF said it has supported the state government with Oral Rehydration Salts (ORS-Zinc) to treat 1,850 children and women with diarrhea across the state.

Speaking during a two-day Joint UNICEF/State Engagement Review and Planning meeting, in Katsina, the state UNICEF Chief Field Officer, Padmavathi Yedla, said the unprecedented outbreaks in the state could have been prevented with appropriate budget allocation.

According to Yedla, “Routine immunisation coverage, lack of government ownership in Katsina is a huge challenge. There are reversals which are highly concerning that could threaten overall child health and survival issues.

“50 CVDPs cases in Katsina pose risks to all children in Katsina and in neighbouring states. Non- implementation or delayed of MNHCHW campaigns in Katsina, globally the months for campaign is May and November, by not doing this poses risk to children.”

She, however, applauded the state government for committing N300 million to scale up nutrition programmes in the state, saying: “Till end of October, 72 centres of which 25 CMAM centres were expanded this year, reached 66,037 children.”

While stressing that the number of out-of-school children in Kano and Katsina is alarming, Yedla said more need to be done to address the menace in the affected states.

She said: “Out-of-school children in the states of Katsina and Kano need a much stronger response than is the case at the moment.”