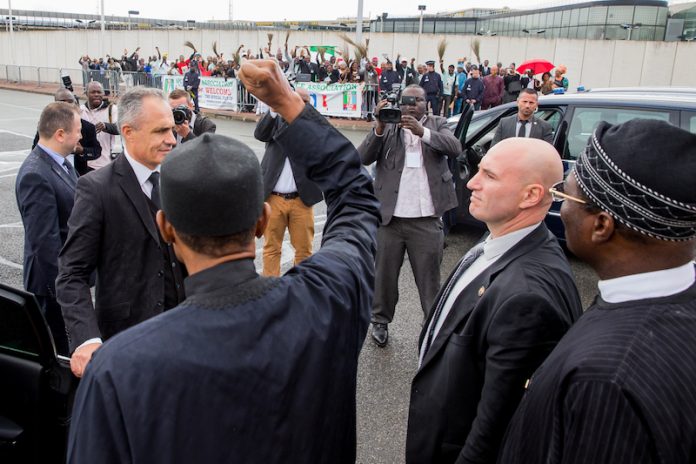 World leaders, including Nigeria’s President Muhammadu Buhari, gathered under driving rain in Paris on Sunday to lead global commemorations marking 100 years since the end of World War I, at a time of growing nationalism and diplomatic tensions.

Around 70 leaders, among whom were US and Russian Presidents Donald Trump and Vladimir Putin marked the centenary of the 1918 Armistice in the French capital at 11am local time (1000 GMT).

After church bells rang out across France, the leaders sat together at the Tomb of the Unknown Soldier at the Arc de Triomphe for a memorial that included classical music and the reading aloud of letters by WWI soldiers.

French President Emmanuel Macron delivered a near 20-minute speech that called on his fellow leaders not to forget the lessons of the past and the hopes of people worldwide for peace.

“Ruining this hope with a fascination for withdrawal, violence or domination would be a mistake for which future generations would rightly find us responsible,” Macron told them.

He added: “Let us build our hopes rather than playing our fears against each other.”

The service concluded with the bugle call that was played at 11am on November 11, 1918 to signal the end of fighting on the Western Front.

Ceremonies in New Zealand, Australia, India, Hong Kong and Myanmar began a day of memorial events around the world for a conflict that involved millions of troops from colonised countries in Asia and Africa.

The leaders of Commonwealth nations — whose forces were deployed under British command 100 years ago — also sounded a message of peace and hope for the world in the new century.

“This was a war in which India was not directly involved yet our soldiers fought world over, just for the cause of peace,” Indian Prime Minister Narendra Modi said on Twitter.

“For our tomorrows, they gave their today,” Australian Prime Minister Scott Morrison told people gathered at a ceremony in Canberra.

British Prime Minister Theresa May and Prince Charles, standing in for Queen Elizabeth, attended a separate remembrance event in London where thousands of well-wishers also paid their respects to fallen soldiers.

Macron and German Chancellor Angela Merkel, who on Saturday poignantly visited the forest clearing in northeastern France where the Armistice was signed, had signalled beforehand that they intended to use the Paris ceremony to warn about the modern-day danger of nationalism.

“This day is not just about remembering, but should be about a call to action,” Merkel said on Saturday.

Merkel will give the opening address alongside UN Secretary General Antonio Guterres at a peace conference in Paris following the memorial service on the Champs-Elysees.

The Paris Peace Forum, conceived by Macron, is intended to highlight the importance of international institutions in helping resolve conflicts, avert wars and spread prosperity.

“The aim of the forum is to show that there are lots of forces in the international system — states, NGOs, foundations, intellectuals, companies — who believe we need a world of rules, an open world and a multilateral world,” chief organiser Justin Vaisse told AFP.

Despite the show of unity at the Arc de Triomphe, tensions lurk beneath the surface.

Trump, whose hardline nationalism has badly shaken the Western alliance, arrived in Paris on Friday criticising host Macron for being “insulting”.

The “America First” leader, who faced criticism on Saturday for cancelling a trip to an American cemetery because of rainy weather, will snub the Peace Forum.

The French-born Chinese-American cellist Yo-yo Ma, West African singer Angelique Kidjo and a European youth orchestra with a Russian conductor all performed. police were on duty to ensure maximum security in a city repeatedly targeted by jihadists since 2015.

Despite these measures, a protester from the radical feminist group Femen managed to jump over a barricade and got within metres of Trump’s motorcade as he made his way up the Champs-Elysees.

She was hauled away by security along with two others who were stopped on the edge of the famous avenue.

About 70 current-day nations were involved in WWI, which had six empires and colonial powers at its heart: Austria-Hungary, Britain, France, Germany, Russia and the Ottoman Empire.

Around 10 million soldiers are estimated to have been killed during the fighting and more than double that number wounded.

Between five and 10 million civilians are estimated to have been killed. NAN 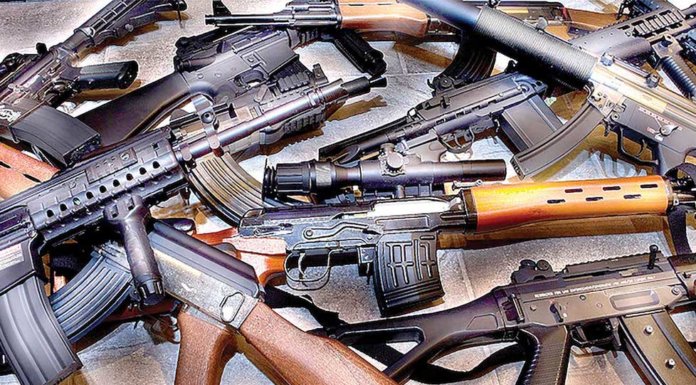