One of Africaâ€™s finest business minds, Tony Elumelu, is travelling round the continent, helping to bring alive the idea that Africa is ready for economic prosperity.Â Charles AjunwaÂ writesÂ Â

The Chairman of United Bank for Africa, a pan African financial institution with presence in over 20 countries in Africa, Tony Elumelu, has consistently advocated that Africaâ€™s private sector can and must play a leading role in the continentâ€™s development. Over the years, he has developed a philosophy around this idea: Africapitalism.

Africapitalism is not difficult to understand. Its principles,Â as enunciated by its increasingly expanding literature, includes: emphasising entrepreneurship that will unlock the powers of individuals to create and grow their business ideas into successful companies; long-term investment, and especially in strategic sectors; conducting investments and business activity in a manner that delivers financial returns to shareholders as well as economic and social benefit to stakeholders; and facilitating intra-regional commerce and trade through the development of national and cross-border physical infrastructure, and the harmonisation of policies and practices, among many others.

Elumelu, himself, is an ideal advocate of this philosophy. In 2010, following his retirement from UBA Plc as the Bankâ€™s Group CEO, Mr. Elumelu founded the Tony Elumelu Foundation (TEF) to galvanise African economic development by empowering the youths and budding entrepreneurs. Through the Foundation, he committed a $100 million to sponsor 10,000 African entrepreneurs over a period of 10 years. In its 4th year, the Foundationâ€™s Entrepreneurship Programme has selected over 4,000 individuals.Â

â€œWhen I retired as CEO of UBA and I asked myself if I can institutionalise luck because we are all a product of many factors, the kind of place you worked, the kind of leaders you have, your upbringing,â€Â Elumelu noted. â€œSo I just felt that it would be nice to give support to young Africans who have ideas and not capital.â€ Years on, his decision has borne innumerable fruits.

This April, Elumelu went on a working trip to two East African countries â€“ Kenya and Uganda â€“ the first leg of a tour that will see him visit at least 20 African countries where UBA operates. According to the billionaire entrepreneur, the experiences from the two largest economies in East Africa promised a rewarding experience.Â

For one, the visit afforded Elumelu the opportunity to interact and share thoughts with Presidents, leaders in public and private sectors, students and most importantly the young entrepreneurs who constitute a pivotal group in the growing entrepreneurship ecosystem in both countries. Considering that the Tony Elumelu Foundation has devoted most of its resources on growing entrepreneurship on the continent, it wasnâ€™t a surprise that the visits were headlined with activities around that ecosystem. This year, while Kenya has 74 entrepreneurs selected, 124 Ugandans were chosen from 151,000 Africans in 114 countries worldwide who filled in applications to participate in the Tony Elumelu Entrepreneurship Programme.Â

During his first engagement at East Africaâ€™s oldest University, Makerere University in Kampala, Elumelu, who is widely acknowledged as one of Africaâ€™s most influential business leaders and philanthropists mentored thousands of students and entrepreneurs. He emphasised the need for the youths to follow their passion, persevere, and be very detailed. He also seized the opportunity to call on the governments on the continent to create an enabling environment for entrepreneurship to grow, saying that it remains the most pivotal reasons to create jobs for millions of its young population.

On why he is committed to growing the youths on the continent considering its impact on his personal resources, Elumelu said: â€œthat we do what we are doing is not because we have so much of money, but because we believe we have responsibilities to develop our society.â€Â

While visiting President Yoweri Museveni at Presidential Palace in Entebbe, Elumelu accompanied byÂ some TEF entrepreneurs, again called on the African governments to systemically promote entrepreneurship in their countries. This according to him will help create jobs, grow the economy and arrest restiveness among youths.Â

An appreciative President Museveni who commended Elumelu for continuously supporting the youths in Africa noted that TOE as he is fondly called,Â is among the few African business community executives to register success in their business while also having a heart to support the youths through entrepreneurship empowerment. â€œGiving a grant, none refundable loan to the young people means the affordability of capital. This reduces risks of acquiring loan money from banks at an alarming interest rate up to 24 per cent in some banking institutions. These children are very brilliant, hardworking and successful. Thank you Elumelu for the financial support extended to the Ugandan youths,â€ Museveni said.

In same vein, President Uhuru Kenyatta of Kenya commended Tony Elumelu and his â€œAfrican founded and funded philanthropic organisationâ€ for empowering young entrepreneurs in the continent.

The President said the Tony Elumelu Foundationâ€™s impact is increasingly being noticed on the continent while welcoming theÂ selection of 74 entrepreneurs from Kenya as this yearâ€™s members of the 4th cohort of the foundationâ€™s entrepreneurship programme.

â€œIt is a great thing to see Africans coming out forcibly to build Africa through initiatives such as this. Our continent is endowed with massive resources; we do not have to always rely on support from elsewhere,â€ President Kenyatta said.Â

Also in Kenya, Elumelu addressed students of University of Nairobi and young entrepreneurs at Nairobiâ€™s iHub. At the university, he encouraged universities to nurture the entrepreneurship skills of the young people.Â

In both countries, Elumelu used the opportunities to meet with customers of UBA. â€œBeyond that we preach and advocate that governments in Africa prioritises investments in infrastructures, we in UBA Group remain committed to growing infrastructure, support SMEs, help in job creations on the continent,â€ he said to customers.

Elumelu was also the guest of Nairobi Stock Exchange where he rang the bell to signal the start of the day’s trading. Recognised as one of theÂ leading exchanges in Africa and the second best-performing Exchange in the world, Elumelu lauded the Exchangeâ€™s involvement in propping up small and medium enterprises. The opening bell was performed on Thursday, April 12, 2018. 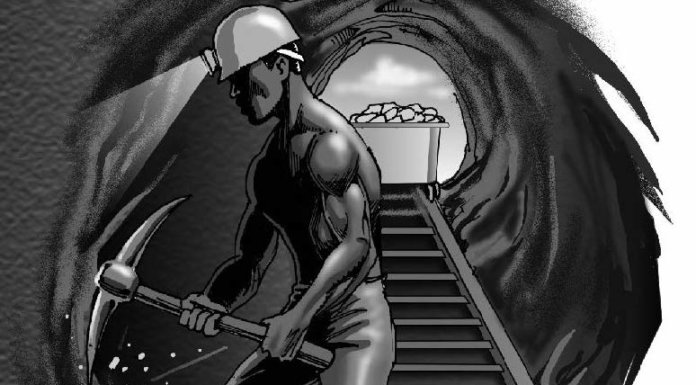