A press release by Ceciliah Kimuyu, Senior Account Manager at Continental Reinsurance PLC, said there were three categories of the awards but Onwumere emerged the overall winner.

Onwumere’s winning article titled, Africa emerging new frontier in the reinsurance markets investigates how foreign insurers that once rebuked Africa due to economic instability are now swarming for businesses on the continent because the sector is becoming alluring and dynamic due to unswerving GDP growth.

Otiato Guguyu, a Business and Data Journalist with Standard Group Kenya won the Best Re/Insurance Industry Feature Article for his story, Business of protecting wealth from drought that talks about how an insurance scheme that was introduced in the dry regions of Kenya is cushioning farmers from losses; while Adenike Popoola, Chief Correspondent of Nigerianâ€™s The Punch newspaper emerged the winner for Best Re/Insurance Industry Analysis and Commentary for her article, Foreigners taking over Nigerian insurance industry, which discusses how the recapitalisation trend is transforming the insurance industry and its expectations in the future.

At the same time, Gareth Stokes, a seasoned financial journalist working with Commercial Risk Africa (CRA) in South Africa won a special award in recognition of his exemplary contribution to Re/ Insurance journalism and was recommended to become a judge in future editions. Gareth emerged the Pan African Journalist of the Year in 2017 awards.
The winners were announced at a Gala dinner held during Continental Reinsuranceâ€™s CEO Summit held on April 9th 2018 in Swakopmund, Namibia.

Speaking at the award ceremony, Dr. Femi Oyetunji, Continental Reinsuranceâ€™s Group Managing Director noted, â€œThe Pan-African Re/Insurance Journalism Awards are an extension of our continued commitment to advance excellence in the sector. I am glad this yearâ€™s entries not only improved in quality, but they also came from a wider range of countries, and with more diverse insurance topics being featured by journalists. We will be including two new categories in next yearâ€™s Awards â€“ for broadcast and online entries, and I would like to encourage TV, radio and online journalists to participate.â€

The winners will win a combination of financial and practical training prizes. The overall winner will also win a fully-paid trip to attend CRAâ€™s training in London, UK including a one-week internship.
The third edition of the journalism awards received 61 entrants from 15 English and French speaking countries including: Kenya, Uganda, South Africa, Zimbabwe, Nigeria, Ghana, Namibia, Mauritius and Zambia for Anglophones; Ivory Coast, Cameroon, Senegal, Chad, Democratic Republic of Congo and Togo for Francophones.

The entries were assessed and evaluated by an independent panel of judges, which comprised five insurance and business media experts: Nadia Mensah Acogny, Journalist, Forbes Afrique; Tony van Niekerk, Editor, Cover Publications; Afif Ben Yedder, Founder, IC Publications; Michael Wilson, Business and Finance Journalist and Kenneth Igbomor, Market News Editor (West Africa), CNBC Africa. â€œI have had the honour of being a judge for two consecutive years, and I would like to note that the quality of entries has significantly improved. There were also more contenders for the top scores than there were last year, which is encouraging progress,â€™â€™ noted Nadia Mensah Acogny, Chairperson of the 2018 Judging Panel.

Commenting on the French entries, Ms. Nadia said, â€œThere are many excellent francophone journalists on the continent, who should rise and compete with their fellow business journalists by participating in these awards. I would like to encourage French writers to submit their entries for the 2019 awards.â€

Continental Reinsurance initiated the journalism awards in 2015 to recognise and acknowledge the good work of media on the continent. Journalists are required to demonstrate how their articles raised awareness and understanding of the re/insurance sector in Africa. 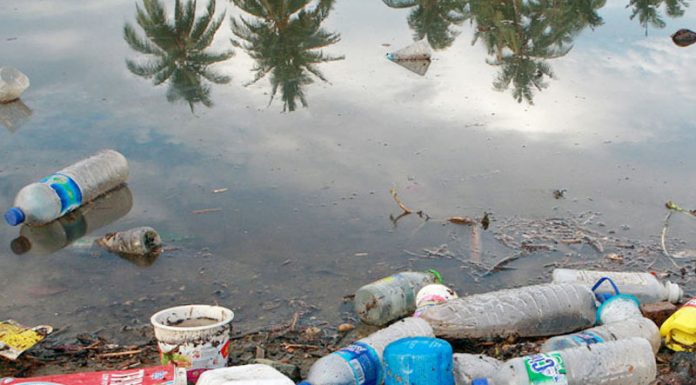