Public health experts have said that one of the major causes of premature births, maternal deaths, maternal anaemia, miscarriages and low birth weights in Nigeria is malaria in pregnancy.

They said malaria in pregnancy often start without symptoms, and if not treated properly can become complicated leading to several unhealthy situations for the unborn baby, mother or even children under five years.

Stating this during a media chat on Malaria in Pregnancy organised by the National Media Elimination Programme (NMEP) in collaboration with Health Writers Association of Nigeria (HEWAN) at the National Institute of Medical Research (NIMR) in Lagos recently, they said the health condition can be prevented, as well as effectively managed.

According to the Head of Advocacy, Communications and Social Mobilisation, NMEP, Mrs. Itohowo Ukoone of the surest ways of overcoming this was through early commencement of antenatal care, adding that this could aid early diagnosis and prompt treatment of the condition.

â€œOther ways are through uptake of Intermittent Preventive Treatment in Pregnancy (IPTp), regular and appropriate use of Long Lasting Insecticidal Nets (LLINs) and keeping the environment clean and free from stagnant water. All these can prevent malaria in pregnancy,â€ she noted.

While urging women to report to the hospital immediately they notice they are pregnant, she said malaria parasites can hide in the placenta and do damage to the flow of oxygen and nutrients to the fetus.

She said the 2015 Nigeria Malaria Indicator Survey (NMIS) showed that 37 per cent of pregnant women take two doses of SP Sulphadoxine Pyrimethamine even though the recommended dose is three, which must be taken at least one month apart.

A health expert with the World Health Organisation, Dr. Tolu Arowolo, said â€œIPTp is based on the assumption that every pregnant woman living in an area of high malaria transmission has malaria in her blood stream or placenta, whether or not she has symptoms.

â€œIPT of malaria in pregnancy with SP remains a key intervention but there are still missed opportunities as lesser women who registered for ANC are reported to having had at least two dosed.â€

The National Coordinator, NMEP, Dr. Audu Mohammed, represented by the Head, Integrated Vector Management, NMEP, Dr. Joel Akilah, said that malaria is a problem that requires a multi-pronged approach, adding that the media is key to disseminating information on prevention and management of the scourge.

He said though Nigeria has made giant strides in the fight against malaria noting that a lot of work still needs to be done to eliminate it in Nigeria. â€œOver 90 per cent of Nigerians are at risk of malaria, while children under-five and pregnant women are seen to be more vulnerable to this disease, hence the focus of this discussion.â€™â€™

The President of HEWAN, Mrs. Chioma Obinna, while commending NMEP for their efforts towards malaria elimination in the country, called on pregnant women to start ante natal immediately they realise they are pregnant.

She said NMEP collaboration with health writers will go a long way in eliminating malaria. â€œPeople depend on the media to give them information about what is happening in the society and we are obliged to give them timely and accurate messages too. With this collaboration, there will be smoother synergy in getting the right perspective and information on issues relating to malaria from the right sources for onward dissemination to Nigerians,â€ she said. 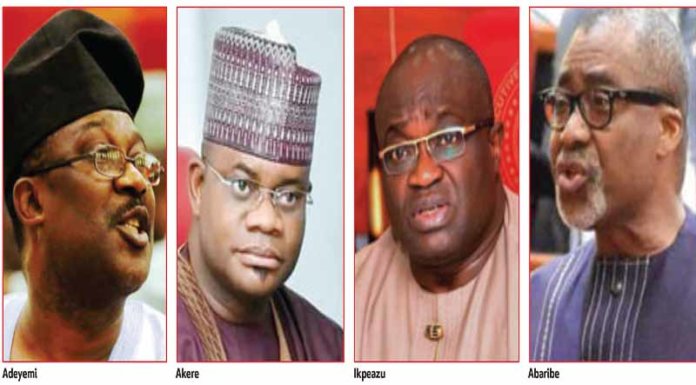