The bill, sponsored by Senator Utazi Chukwuka (Enugu North), is scheduled to undergo second reading next week.
It is expected to provide for a substantive and autonomous NFIU and make it autonomous with powers for employment, reward, training, promotion and discipline of its workforce independently.

The Senate, last Wednesday had pledged to ensure legal, operational and financial autonomy to the NFIU, leading to its decoupling from the Economic and Financial Crimes Commission (EFCC), following the suspension of Nigeria from the Egmont Group.

The legislative body had also accused the acting Chairman of the EFCC, Mr. Ibrahim Magu, of contributing to Nigeriaâ€™s suspension from the group by his interference in the operations and staffing of the NFIU, despite claims that the unit was autonomous.

Maguâ€™s meddlesomeness, the Senate said, has led to the exit of many competent hands from the NFIU.
The spokesman of the Senate, Senator Sabi Abdullahi, however, dispelled the notions that the Red Chamberâ€™s decision to decouple the NFIU from the EFCC is an extension of the imbroglio with Magu.

â€œSeveral agencies are involved in fighting corruption and this anti-corruption fight has been hampered by the refusal to share intelligence. We cannot succeed if we continue to individualise some of these national assignments. The institution is bigger than any person,â€ he said.

Briefing journalists yesterday, Abullahi added that the Senate should be commended for taking a bold step to ensure that Nigeriaâ€™s financial system is not blacklisted.

The Egmont Group is the highest inter-governmental association of intelligence agencies in the world with membership by 152 countries.

Nigeria was fully admitted into the coveted body in 2007 after operational admittance in 2005, in what was considered one of the biggest achievements of the Olusegun Obasanjo administration.
The countryâ€™s membership paved the path for the removal of Nigerian banks from the blacklist of international finance.

The blacklisting had prevented the banks from engaging in correspondent banking with foreign institutions and also denied Nigerians access to foreign credit cards.

The NFIU, which represents Nigeria in the Egmont Group, was suspended at its July 2017 meeting in China, following Nigeriaâ€™s failure to grant operational autonomy to the financial intelligence unit, a situation which the group has objected to for years.

Nigeria was also accused of divulging confidential information and constant leakage of sensitive intelligence to the Nigerian media, contrary to global best practices the country signed up for.

The group also issued a December 2017 ultimatum to Nigeria to address the issues that led to the suspension or be expelled, which will attract international sanctions against Nigeriaâ€™s financial system.

Meanwhile, the Senate Ad hoc committee on Constitution Review yesterday laid its report before the Senate at plenary.
Senators are expected to receive copies of the document ahead of its debate next week.

Also yesterday, the Senate Joint Committee on Customs, Excise and Tariff and Marine Transport has queried the Nigerian Ports Authority (NPA) over 282 vessels allegedly missing from the nationâ€™s seaports.

This is as the committee frowned at the failure of the Managing Director of the NPA, Ms. Hadiza Bala-Usman, to appear before it at two consecutive meetings despite invitations extended to her.
The committee issued a four-day ultimatum to Usman to provide explanation on the whereabouts of circumstances of the mission vessel.

The Chairman of the joint Committee on Customs, Excise and Tariff and Marine Transport, Senator Hope Uzodimma, while speaking during the investigative hearing to probe N30 trillion leakages in customs and other agencies, said the committee would consider it to be a financial crime, if Usman fails to provide the explanations required of her.

â€œWe are looking for these vessels. We have the date of arrival, the ports of discharge and manifest. Everything is with us but from information available to us, no money was collected by either customs, the NPA or any other person. So you have four days to do your written explanation otherwise we will consider it a financial crime,â€ he said.

â€œThere are also recent missing vessels that we discovered. I mean recent ones that happened under the new management. The NPA is the custodian of the vessels; it received the cargoes and the terminal is theirs. We want to know under whose authority the cargoes were released,â€ Uzodimma added.

The senator also disclosed that the committeeâ€™s preliminary investigations have revealed that the activities of a cabal at the ports, has cost the country over N30 trillion, in loss of revenue.

The cabal, he said, connive with officials to carry out the infractions in daily transactions at the ports, commercial banks, shipping companies, terminal owners and operators.

â€œThe nature and methodologies of these infractions include abuse of Form M and violation of foreign exchange manual issued by the Central Bank of Nigeria (CBN), incorrect classification, under valuation, under declaration and incorrect declaration. Others are incorrect origin, error in calculation, temporary importation , exemptions and waivers, forex manipulations, unit cost analysis an excise, smuggling and illegal removal of cargo from terminals, lack of exit certificate by vessels,â€ he said

Uzondimma however pledged the determination of the committee to work with relevant agencies to stop the fraudulent practices, adding that all those indicted would be prosecuted according to the law.

â€œWe shall zero our search light into these areas of infraction and we are certain that our suspicions shall be confirmed. Nigeria Customs Service, NPA, Nigerian Maritime Administration and Safety Agency (NIMASA), Nigerian Shippers Council (NSC), shipping companies , operators of bonded terminals and importers and exporters have questions to answer,â€™â€™ he said.

The Senate President, Dr. Bukola Saraki, who declared the hearing open, reiterated that the Senate would expose corruption while carrying out its oversight functions, and block all loopholes that allow leakages in the system.
â€œWe are determined to reverse these financial leakages to enable us get the much needed resources to fund our childrenâ€™s education, healthcare and fix the potholes on our roads. I urge you not leave any stone unturned to ensure that we incrementally eliminate waste and corruption in the management of our resources,â€™â€™ Saraki said. 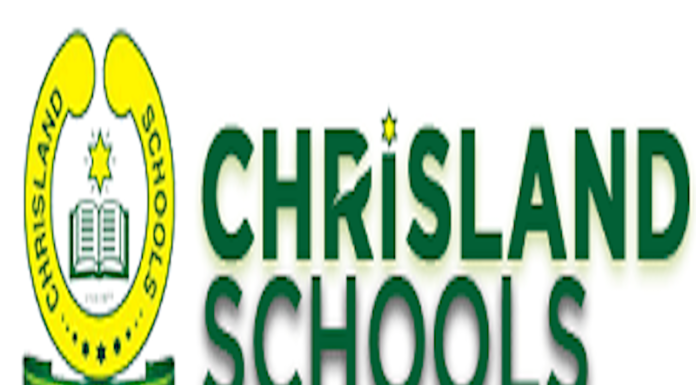