Despite the raft of measures introduced to enthrone a regime of transparency in the operations of the Nigerian National Petroleum Corporation, a new report by the Natural Resource Governance Institute has alleged a high level of opacity in the activities of the state-run firm, thus validating some aspects of the audit reports of NEITI. Ejiofor Alike reports

President Muhammadu Buhari had on assumption of office initiated a reform in the Nigerian National Petroleum Corporation (NNPC), targeted at enhancing transparency and competitiveness of Nigeriaâ€™s oil and gas industry.
The implementation of the reform commenced with the personnel restructuring of the NNPC – a cost-cutting measure that led to sweeping changes that affected senior executives.

While a forensic audit of the NNPC was ordered, the NNPCâ€™s Pipelines and Products Marketing Company (PPMC) was also split into portfolio companies to manage the refineries, pipelines and supply of petroleum products more efficiently.

In line with the recommendations of President Buhariâ€™s Transition Committee, the NNPC also cancelled contracts with oil traders, saving the NNPC $150 million monthly.

Also in an unprecedented move to restore public confidence in the then corruption-ridden NNPC, the Minister of State for Petroleum Resources, Dr. Ibe Kachikwu, who was then the Group Managing Director of the corporation, opened up the books of the state-run oil company to public scrutiny with the publication of the monthly financial and operational report of the corporation.

Before this administration came into office, the level of secrecy associated with the operations of the NNPC was so high that the media and key members of the previous administrations did not have access to relevant information on the financial activities of the corporation, thus fueling speculations, allegations of â€˜missing moneyâ€™ and massive corruption.

For instance, the various audit reports of the Nigeria Extractive Industries Transparency Initiative (NEITI), had uncovered cases where the corporation failed to remit revenues running into billions of dollars into the Federation Account and alleged that the opaque activities in the oil and gas industry, particularly the NNPC had made tracking payments from oil and gas companies quite challenging.

A former Governor of the Central Bank of Nigeria (CBN) and Emir of Kano, Muhammadu Sanusi II, had alleged that $49 billion was missing in NNPC, an obvious exaggeration that triggered counter allegations that eventually cost him his job at the apex bank.

Also a former Minister of State for Finance, Mr. Remi Babalola was moved to the Ministry of Special Duties where he resigned after he raised the alarm that the NNPC was insolvent, an allegation, which was fueled by apparent lack of access to relevant financial information as a result of the high level of opacity in the activities of the corporation.

But with the publication of the monthly finances, the books of the corporation were relatively opened for the public to access information and form the right judgment and conclusions.
The early gains of the NNPC reform were enormous as public and investor confidence was gradually restored in Nigeriaâ€™s oil and gas sector.

This was evident in the corporationâ€™s success in securing a $1.2 billion multi-year drilling financing package for the development of 23 onshore and 13 offshore wells in Oil Mining Leases (OMLs) 49, 90 and 95, under the NNPC/Chevron Joint Venture.

The reform also helped the NNPC to exit the joint venture cash call arrangements with the multinational majors, thus relieving the country of financial burden amounting to about $5 billion yearly.

At the initial stage of the corporate restructuring, NNPCâ€™s average monthly loss was reduced drastically to the extent that the corporation had targeted to achieve profitability before the end of 2016, a feat that had not been recorded in 20 years.

However, the challenges of pipeline vandalism, low crude oil prices and high exchange rate, which imposed the burden of importation of all the countryâ€™s petrol requirements on the corporation made the target unrealisable.

NRGI alleges lapses in NNPC
Despite what seems to be an improvement in the efforts to enhance transparency in Nigeriaâ€™s oil and gas industry, the latest report of the Natural Resource Governance Institute (NRGI) has again indicted the NNPC for running its operations in an opaque manner.

The 2017 RGI was said to have assessed how 81 resource-rich countries govern their oil, gas and mineral wealth and the assessment covered the period 2015-2016.
The report noted that despite some progress in transparency of revenue collection over the past five years, tracking payments from oil and gas companies in Nigeria remains challenging.

Citing NEITIâ€™s audit report for 2014, NRGI stated that just over half of public revenues from oil and gas were distributed to the federal government and the rest were shared between the state and local governments.

â€œIn terms of revenue sharing, Nigeria ranks 11th, alongside the United States (Gulf of Mexico) and Ecuador. The public lacks access to audited information on revenue flows to lower levels of government, and this contributes to the gap between the quality of the legal framework and actual implementation,â€ said the report.

NRGI criticised the NNPC heavily, alleging that despite some improvements in transparency, the corporationâ€™s performance and accountability challenges have persisted.
According to the report, NNPC, which is the largest state-run oil firm in Africa, achieved a poor governance score of 44 of 100.

The report noted that the corporation mainly scored well on indicators that measure elements of transparency required by EITI reporting, such as transfers to government and production volume disclosure.
It acknowledged that the NNPC has recently strengthened some of its reporting practices, particularly for high-level financial data.

â€œHowever, the company does not disclose detailed annual reports on its finances, despite top officials having made a commitment to do so. Little information is publicly available, particularly concerning some of NNPCâ€™s least efficient and most questionable activities, notably earnings by its subsidiaries, the costs of its operations and its significant spending on non-commercial activities.

Government agencies and external auditors have disputed NNPCâ€™s interpretation of rules set in the constitution and the NNPC Act governing monetary transfers between NNPC and the government. Officials exercise significant discretion around how NNPC sells the governmentâ€™s share of oil productionâ€”for example, when selecting buyers, pricing exports or transferring sales proceeds to the government,â€ the report explained.

Speaking on the publication of NNPCâ€™s monthly financial reports, the Nigeria Country Manager for NRGI, Sarah Muyonga told journalists at the weekend that the monthly publication did not contain certain financial transactions of the corporation.
NNPC has also for the first time commenced the publication of winners of its yearly crude oil lifting contracts.

Curiously, the Group General Manager, Crude Oil Marketing Division (COMD) of the Corporation, Mr. Mele Kyari, had restricted the announcement of the results to the corporationâ€™s website only, as against advertorials and media publications, apparently to mitigate the backlash associated with the non-disclosure of the criteria for selecting the winners, some of whom were believed to have been selected on discretionary basis.

Also the NNPC had concluded the signing $6 billion worth of deals with local and international traders to exchange about 330,000 barrels per day (bpd) of crude oil for imported petrol and diesel.

The deals, which were previously referred to as offshore crude oil processing agreements (OPAs) and crude-for-products exchange arrangements, is now known as Direct Sale-Direct Purchase Agreement (DSDP).
Four of the 10 pairs of companies recently signed product supply contracts with the NNPC, which took effect from July 1, while the rest of the companies were expected to have since signed the deals.

However, the criteria for selecting the winners has remained a matter of conjecture as key industry players believe that the corporation employed discretionary approach to select some of the bidders.
NRGI report has alleged that there is lack of transparency in licensing in Nigeria, adding that improving transparency could help mitigate Nigeriaâ€™s failures in licensing
The report identified licensing as the weakest link in Nigeriaâ€™s value realisation component, with a score of 17 of 100, placing it 77th among 89-country licensing assessments.

Indeed, an industry stakeholder had told THISDAY, off the record, that the stakeholders could not understand how some of the successful companies made the list as â€œdiscretionary and underneath-the-table considerationsâ€ might have influenced the success of some of the winners of the oil lifting contracts.

Muyonga said NNPC had made some new disclosures under the Buhari administration, but added that â€œthe details and revenue implications of many of its high-value transactions remain secret.â€
â€œFurthermore, the Nigerian government does not regularly publicly disclose government officialsâ€™ financial interests in the extractive sector or the identities of beneficial owners of extractive companies. This enables widespread corruption, with which Nigerians are all too familiar,â€ Muyonga added.

Opaque Excess Crude Account
The NRGI report also revealed that notwithstanding some progress in transparency of revenue collection over the past five years, the countryâ€™s Excess Crude Account (ECA) is one of the most poorly governed sovereign wealth fund assessed by the index, ranking last alongside the Qatari Investment Authority.

The NRGI report alleged that the federal government discloses almost none of the rules or practices governing deposits, withdrawals or investments of the ECA.
The report noted that though Nigeria also has other natural resource funds, some of which are more transparent than the ECA, it acknowledged that the ECA as the largest fund by asset balance, constitutes a vast governance concern at the end of the oil sector value chain.

For Nigeria to score only 42 of 100 points and ranks 55th among 89 assessments in the 2017 RGI was an indication that the country still lags behind in enthroning the regime of transparency in the oil and gas sector, regardless of what seems like the best efforts of this present administration. 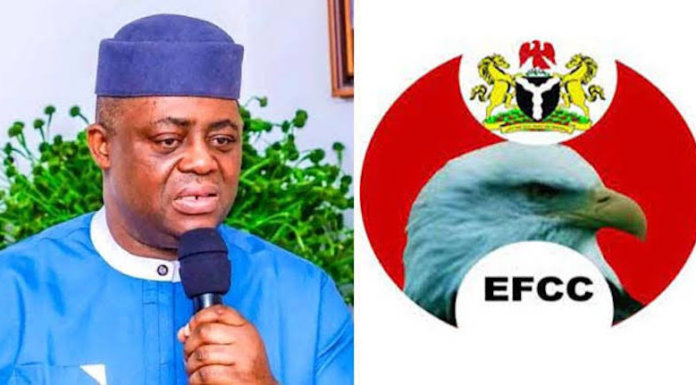