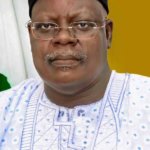 A former CIA spy has revealed his key role in the arrest of Nelson Mandela, which led to the future South African president’s trial and imprisonment for almost 28 years.

The bombshell disclosure led to a demand at the weekend for the CIA to come clean about putting behind bars a figure who became one of the world’s most revered statesmen, reported the London-based Times newspaper.

A veteran political associate of Mandela called it a “shameful act of betrayal” that “hindered the struggle against apartheid”.

The former CIA operative, Donald Rickard, was unrepentant, saying that when arrested in 1962, Mandela was “the world’s most dangerous communist outside of the Soviet Union”.

He made his taped confession in March to the director John Irvin, who has recreated Mandela’s final months of freedom before his arrest for a film that will be previewed at the Cannes festival this week.

Rickard, 88, died two weeks after talking to Irvin. His disclosure clears up the 54-year-old mystery of how the South African security forces knew precisely where Mandela, known as “the Black Pimpernel”, would be on the day they captured him.

Mandela was South Africa’s most wanted man. He had embraced armed resistance to apartheid in the wake of the Sharpeville massacre in 1960, when police had fired into a crowd, killing 69 people. When arrested, he was about to embark on what he called a campaign of “sabotage, guerrilla warfare, terrorism and open revolution” as leader of the armed wing of the African National Congress (ANC).
Rickard, who was officially the US vice-consul in Durban, told Irvin he had learnt that Mandela was on his way to the city, the capital of Natal.
Mandela, Rickard believed, was “completely under the control of the Soviet Union, a toy of the communists”, and was about “to incite” the Indian population of Natal into a communist-led mass rebellion against the apartheid regime, paving the way for Russian intervention.
“Natal was a cauldron at the time,” said Rickard, “and Mandela would have welcomed a war. If the Soviets had come in force, the United States would have had to get involved, and things could have gone to hell.”

He added: “We were teetering on the brink here and it had to be stopped, which meant Mandela had to be stopped. And I put a stop to it.”
Rickard, who clearly had informers inside the ANC, was able to provide his police contacts with advance details of Mandela’s journey back to Johannesburg from Durban.

Mandela, in a chauffeur’s uniform, was sitting in the back of the car, which was being driven by a white associate, when police stopped it outside Durban.
At the weekend, Ronnie Kasrils, a senior ANC member who saw Mandela in Durban a few days before his arrest — and decades later was the minister in charge of intelligence in his government — said it was “a most shameful incident of betrayal”.

He added: “Mandela’s early capture certainly hindered the struggle against apartheid. It is clear that the regime and its spooks worked hand in glove with the CIA. The CIA needs to come clean on what happened.”

The agency, which is known to have co-operated closely with the South African security forces in the apartheid years, has resolutely refused to release the papers on its activities.

Rickard retired from the CIA in 1978 and withdrew for the rest of his life to a remote area of Colorado. He was tracked down there three years ago by James Sanders, who was the researcher for Anthony Samp¬son’s authorised biography of Mandela in 1999 and is also the researcher for Irvin’s film, Mandela’s Gun.

When Irvin, who directed the TV series Tinker, Tailor, Soldier, Spy, visited Rickard two months ago, the agent talked openly at last about his role in Mandela’s arrest. Sanders’s full account of the story was in the Sunday Times News Review section sunday.

Rickard justified his actions on the grounds that South Africa was being targeted by the Soviet Union at a time when the Cold War was at its height. Mandela “described himself as a democrat but he was lying, of course. He prided himself on being a communist”, he said.